Ruling party lawmakers on Friday urged the government of Prime Minister Shinzo Abe to consider withdrawing its invitation to Chinese President Xi Jinping to visit Japan as a state guest, citing concerns over Beijing's attempts to tighten its grip on Hong Kong. 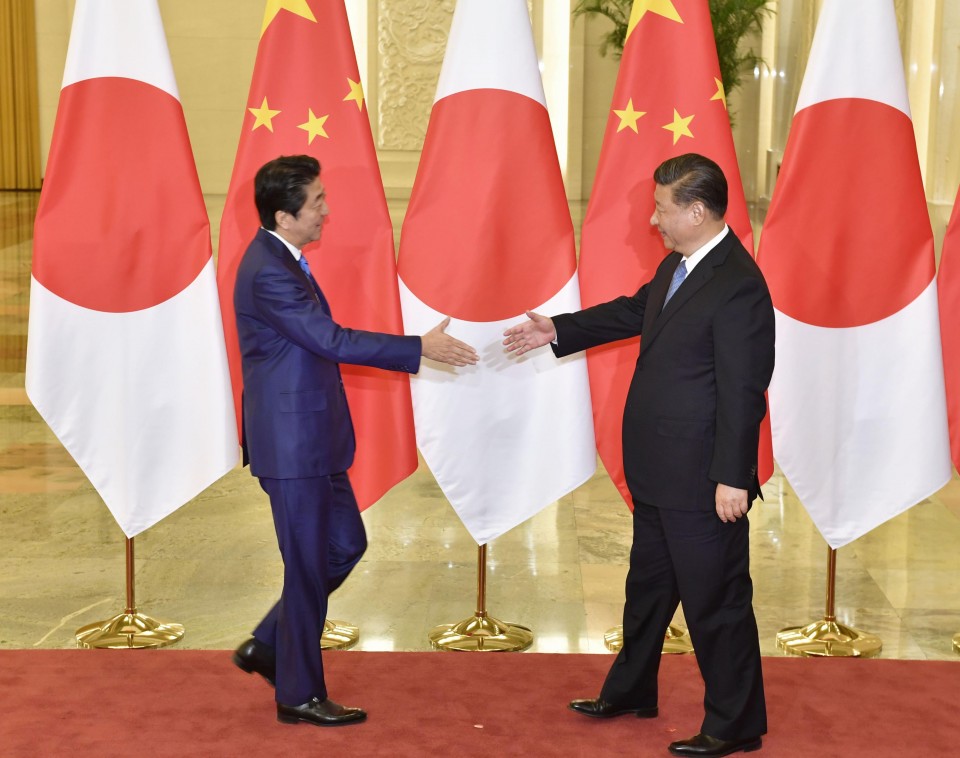 (Chinese President Xi Jinping (R) and Japanese Prime Minister Shinzo Abe shake hands ahead of their talks at the Great Hall of the People in Beijing on Dec. 23, 2019)

The resolution called on the government to "carefully consider" whether the visit should still go ahead, underscoring the views of conservative LDP members, who have been critical of China's poor human rights record and continued assertiveness in waters surrounding the Japan-administered Senkaku Islands, claimed by China.

Xi's visit, which would include a summit with Abe as well as a meeting with Emperor Naruhito and a banquet at the Imperial Palace, had been slated to take place this spring but was postponed due to the global coronavirus pandemic.

The Chinese parliament on Thursday decided to introduce a national security law to crack down on what it views as subversive activity in Hong Kong, a move many Western countries have strongly criticized.

The resolution, compiled by the party's Foreign Affairs Division and Research Commission on Foreign Affairs, stressed that Hong Kong must remain free and open, and asked Abe to put pressure on China on the matter.

Yasuhide Nakayama, head of the division, said the document had initially been meant just to condemn China, but there was a growing consensus among the participants in a meeting on Friday that Xi's visit should not happen under the current circumstances.

The government has maintained that the visit will take place eventually, with Suga saying Thursday that Japan and China will "remain in communication" on the matter.

Under a 1997 agreement between Britain and China, Hong Kong was promised "a high degree of autonomy," except in matters of foreign policy and defense, for a period of 50 years.