The actual death toll from the new coronavirus in the United States is "almost certainly" higher than the officially reported figure of around 80,000, as some people could have died without going to the hospital, the nation's top expert on infectious diseases said Tuesday.

"I don't know exactly what percent higher, but almost certainly it's higher," Anthony Fauci, the head of the National Institute of Allergy and Infectious Diseases, told a Senate panel.

"Given the situation, particularly in New York City -- when they were really strapped with a very serious challenge to their health care system -- that there may have been people who died at home who did have some COVID who are not counted as COVID because they never really got to the hospital," Fauci said. COVID-19 is the name of the illness caused by the novel coronavirus. 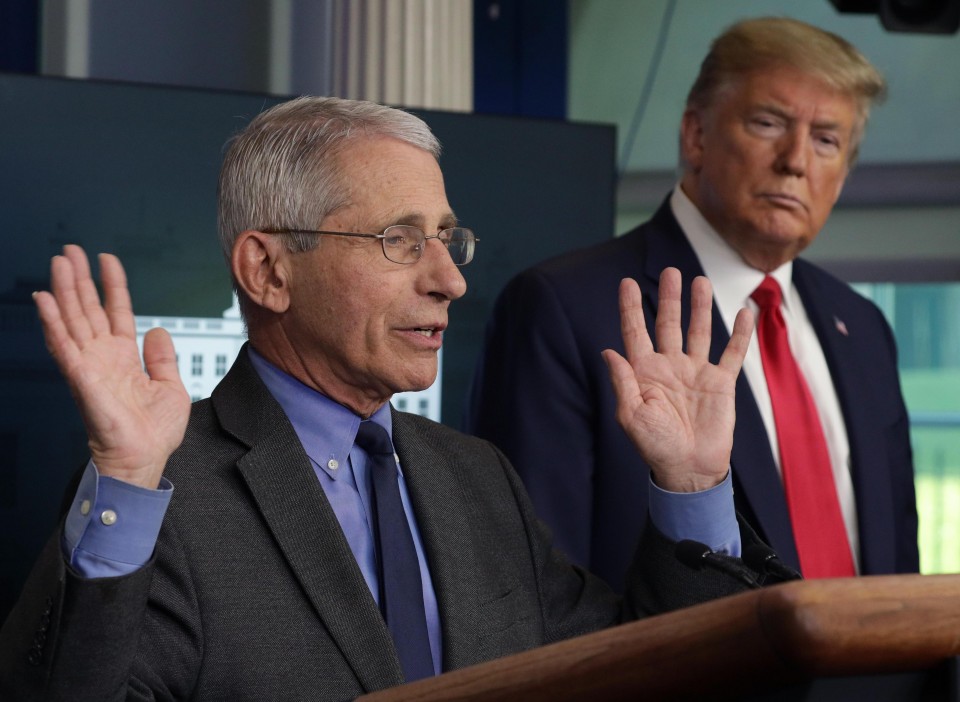 (Dr. Anthony Fauci (L), director of the National Institute of Allergy and Infectious Diseases speaks as U.S. President Donald Trump listens during the daily briefing of the White House Coronavirus Task Force at the White House in Washington on April 13, 2020.) [Getty/Kyodo]

Although data on the number of new cases suggests that the United States is "going in the right direction," it does not mean the country has "by any means total control of this outbreak," Fauci said.

The United States currently has roughly 25,000 new infections and 2,000 new deaths a day, according to him. Many states across the country have begun to reopen their economies, but concerns remain that moving too quickly to ease social distancing and other containment measures could result in cases spiking.

Globally, more than 4 million cases of infection with COVID-19 have been confirmed, with the number of deaths reaching around 290,000, according to a tally by Johns Hopkins University.

The number of confirmed cases in the United States has exceeded 1 million, which is higher than any other country in the world. A large part of the 80,000 deaths in the country have been seen in the state of New York.