An advisory panel to the health minister approved provision of Swiss pharmaceutical giant Novartis AG's drug Zolgensma for spinal amyotrophy patients under the age of 2 starting as early as May 20, the officials said.

The drug, which costs over 200 million yen in the United States, is known as the world's most expensive medication. 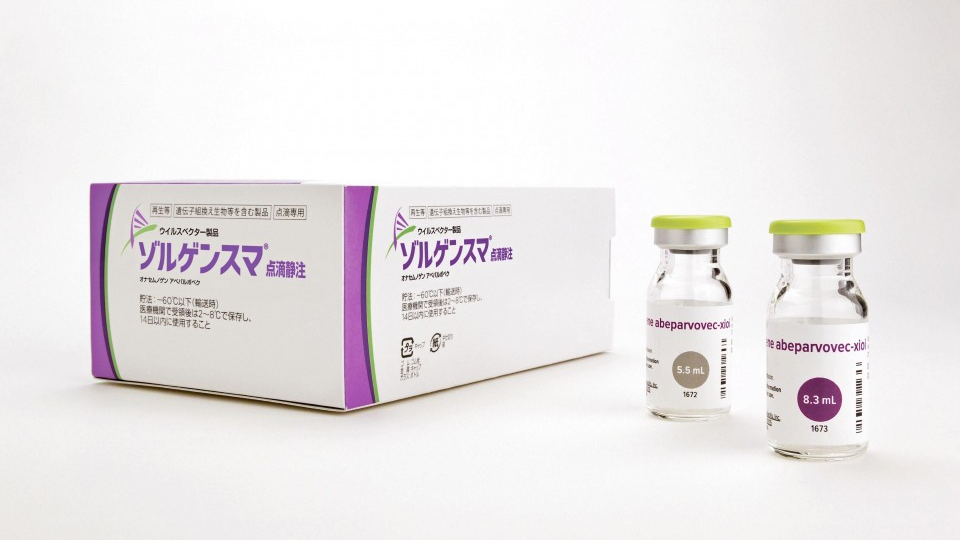 It is a one-time therapy for the genetic disorder, which causes motor neuron loss and muscle wasting, and its coverage by insurance will offer hope for patients of the disease and their families.

With Japan's social security expenses ballooning amid the rapid aging of its population, some experts have expressed concerns over the burden on the insurance system of inclusion of the treatment. They also note that new drugs have tended to be highly expensive in recent years.

But a senior health ministry official said that given the small number of patients of the rare illness, "the fiscal impact is going to be limited."

The previous most expensive drug in Japan was Kymriah, approved last May to treat leukemia and other hematologic cancers, at 33.49 million yen.

Novartis Pharma K.K., a Tokyo-based unit of the Swiss pharmaceutical company, produces and sells both Kymriah and Zolgensma.

Spinal amyotrophy affects one or two infants out of every 100,000 and can lead to severe respiratory problems and early death. Without use of an artificial respirator, it is said that most die within 18 months.

Zolgensma will be given as a one-time infusion into the vein, which can introduce normal genes into human cells to recover motor function.

Novartis expects that the drug will be administered to about 25 patients per year in Japan, estimating annual sales of 4.2 billion yen.

Under the Japanese insurance system, out-of-pocket medical expenses for those under 2 are set at 20 percent of the total. But the real payment is minimal as the central and municipal governments cover almost all the expense under subsidy programs.