The J-League is considering a plan to divide each of its three tiers into eastern and western divisions when it emerges from a roughly four-month stoppage prompted by the coronavirus pandemic, multiple sources said Wednesday.

League officials proposed the move -- aimed at stopping the spread of the pneumonia-causing coronavirus by curbing cross-country travel -- at a meeting of club executives earlier in the day. 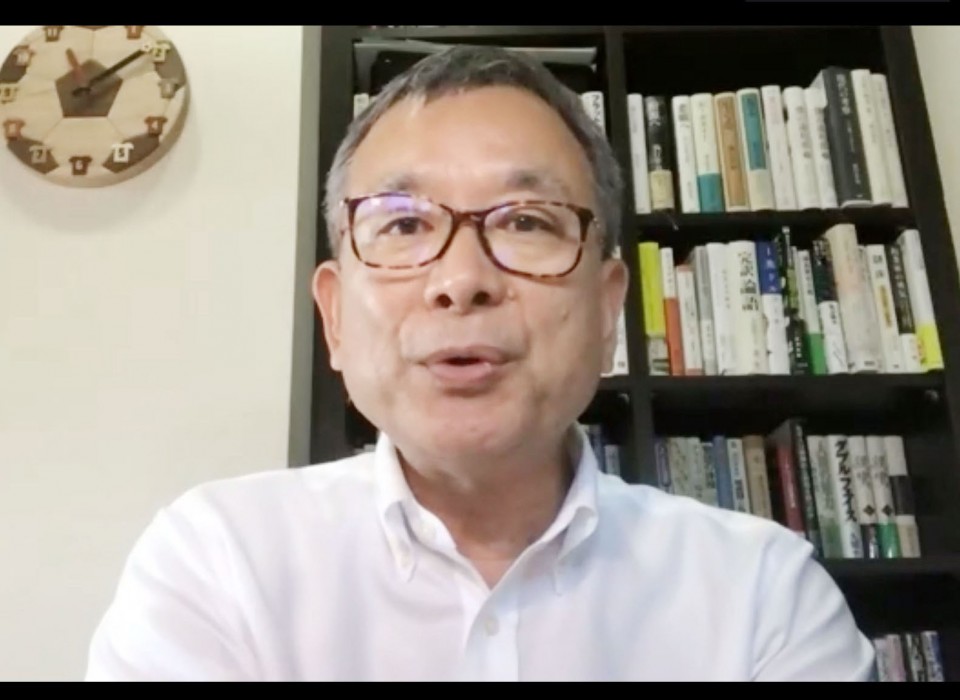 Mitsuru Murai, chairman of J-League football, is pictured in Tokyo during a video conference on May 11, 2020. (Kyodo)

If implemented, the divisions would be in place for around the first month following the resumption of matches, reportedly slated for either June 27 or July 4.

Forecasting an increase in coronavirus cases across Japan, the league suspended play in late February, shortly after the start of the first- and second-division seasons, and with J3 yet to kick off.

The Japanese government lifted the last remnants of a nationwide state of emergency declared over the coronavirus crisis on Monday, paving the way for the resumption of play. The league is set announce its revised schedule following a meeting of executives on Friday.

In the top flight, teams based in the greater Tokyo metropolitan area -- including reigning champions Yokohama F Marinos and runners-up FC Tokyo -- would be grouped in the eastern division, along with clubs situated further to the east and northeast.

Shizuoka Prefecture-based Shimizu S-Pulse, Nagoya Grampus and clubs based further to the west and southwest would comprise the western division.

Organizers of the Levain Cup are reviewing plans to geographically divide the 15 teams contesting the tournament who are not also involved in this year's Asian Champions League. In that proposal, five three-team groups would be made up teams based relatively close to each other.

In other changes aimed at combating the coronavirus, the league will prevent players drinking from the same bottles by designating water breaks during all matches and not just those played during the summer