Rugby: Test matches against Wales, England canceled due to coronavirus

Japan's summer test matches against Wales and England were called off Friday as World Rugby postponed all internationals scheduled for the July window due to the coronavirus outbreak.

The matches were to be Japan's first internationals since hosting the 2019 Rugby World Cup, where the Brave Blossoms reached the last eight.

Jamie Joseph's side were scheduled to play a one-off test against Wales on June 27 in Fukuroi, Shizuoka Prefecture, and a two-match series against Rugby World Cup runner-up England on July 4 and July 11, in Oita and Kobe, respectively. 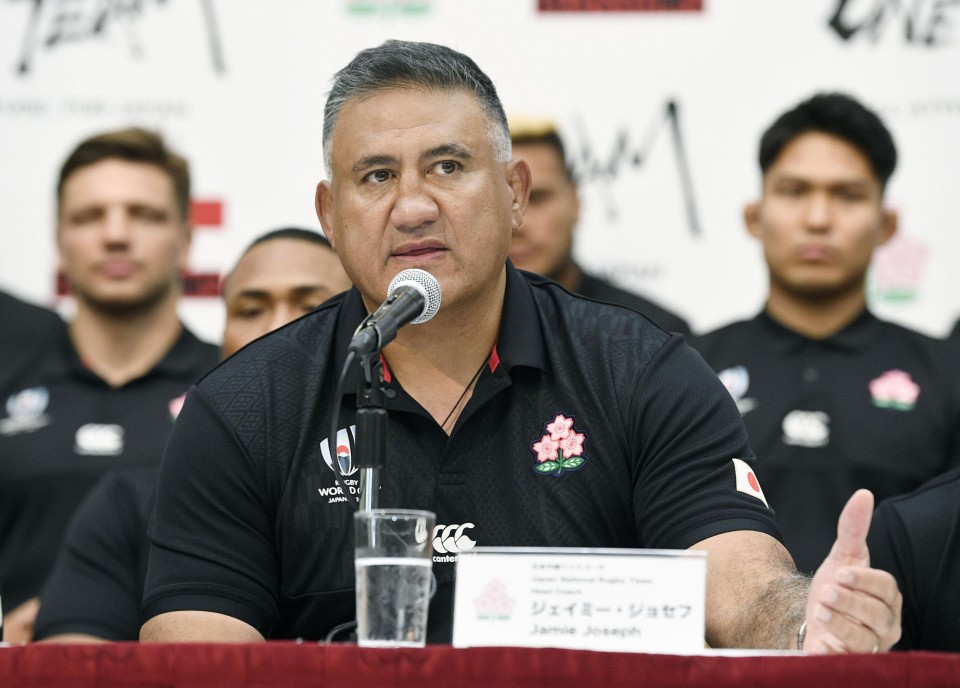 (Japan head coach Jamie Joseph speaks at a press conference in Tokyo on Oct. 21, 2019, a day after Japan lost to South Africa in a Rugby World Cup quarterfinal.)

"While many people were looking forward to seeing our national team play, the test matches against Wales and England in June and July unfortunately have to be cancelled," Japan Rugby Football Union President Shigetaka Mori said.

"However, above all, I think that it is time for everyone to work together to prevent the spread of the coronavirus."

In a statement on its website, World Rugby said travel and quarantine restrictions in several countries, along with concerns about player preparation time, ruled out international tests in July.

The governing body said it would continue to work with national unions to determine whether tests would go ahead later in the year as planned.

England head coach Eddie Jones voiced support for the postponement, saying he hoped to return to Japan with his side in the future.

"While we are of course disappointed to have our two test matches against Japan postponed, it's the correct decision under the current circumstances," Jones told the England Rugby website.

"I hope all Japanese and English rugby fans are keeping safe and well and we look forward to being back on a rugby pitch and back in Japan in the future."