At least 54 killed in plane crash in Pakistan's Karachi

A jetliner carrying 99 people crashed Friday into a residential area near the main airport of Pakistan's southern port city of Karachi, with at least 54 killed and two survivors found, according to authorities and local media.

An official of the Jinnah Post Graduate Medical Center said the hospital has so far received 35 dead and six injured.

The injured are from the neighborhood of Jinnah Garden, where the Airbus A320 carrying 91 passengers and eight crew crashed, she added.

Another 19 dead have been taken to Civil Hospital Karachi, according to the hospital's medical superintendent.

The two known survivors are passengers who have been identified by local media as Zaffar Masood, president of the Bank of Punjab, and Khalid Sherdil, a corporate chief executive. 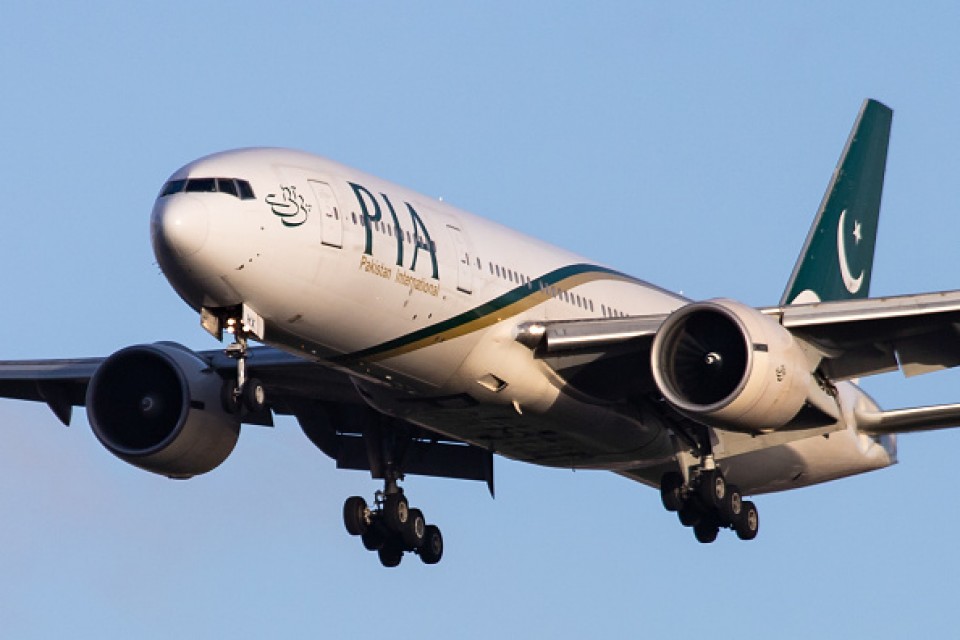 Prime Minister Imran Khan tweeted he was shocked and saddened by the crash and said an immediate inquiry would be held.

Indian Prime Minister Narendra Modi tweeted his condolences, saying: "Deeply saddened by the loss of life due to a plane crash in Pakistan."

The plane departed the eastern city of Lahore, capital of Punjab province, at 1 p.m. and was scheduled to land at Jinnah International Airport in Karachi, capital of Sindh province, at 2:45 p.m., a CAA spokesman said.

Shortly before radio contact was lost, the plane's pilot reported to the control tower that he had lost engine power and requested an emergency landing, according to the CAA.

Aviation officials say the pilot was cleared to land at either of the airport's two runways, but he opted to "go around" after reporting engine failure.

Although rescuers have already reached the crash site, efforts are being impeded because it is located in a congested neighborhood and large vehicles are facing difficulties gaining access.

Military spokesman Maj. Gen. Babar Iftikhar said the army's Urban Search and Rescue Team has been flown from Rawalpindi on board a special C130 transport plane to speed up relief and rescue efforts.

PIA Chief Executive Officer Arshad Malik told a press conference later on Friday that the aircraft was flightworthy and had undergone all regular checks. He said the crew was also adequately trained for handling emergencies. Malik promised an independent and transparent probe into the accident.

Meanwhile, the Aviation Ministry has asked a four-member commission to investigate the crash. The probe body was not given any definitive deadline for completing its investigation, but was instructed to finish the task in the "shortest possible time" while providing an initial report in a month.

Airbus said in a statement it was "providing assistance to the investigation."

Malik said the relief operation is complicated and could take up to three days to complete.