Japan plans to fully lift the state of emergency in the Tokyo metropolitan area and Hokkaido on Monday, a minister said Sunday, given a decline in the number of new coronavirus cases and improved medical systems.

Tokyo, Kanagawa, Chiba, Saitama and Hokkaido were the last remaining areas under the measure among the country's 47 prefectures.

Economic revitalization minister Yasutoshi Nishimura, who is in charge of the emergency response, said an advisory panel of health experts will meet on Monday morning to discuss the lifting of the measure.

He made the remark at a press conference after meeting with Prime Minister Shinzo Abe and others.

"For the most part, there is no change in the trend of decline (in new infection cases)," Nishimura said, despite a slight rise in new cases for Tokyo and Hokkaido over the weekend. Kanagawa and Hokkaido also did not meet the required level for new infections in the past week. 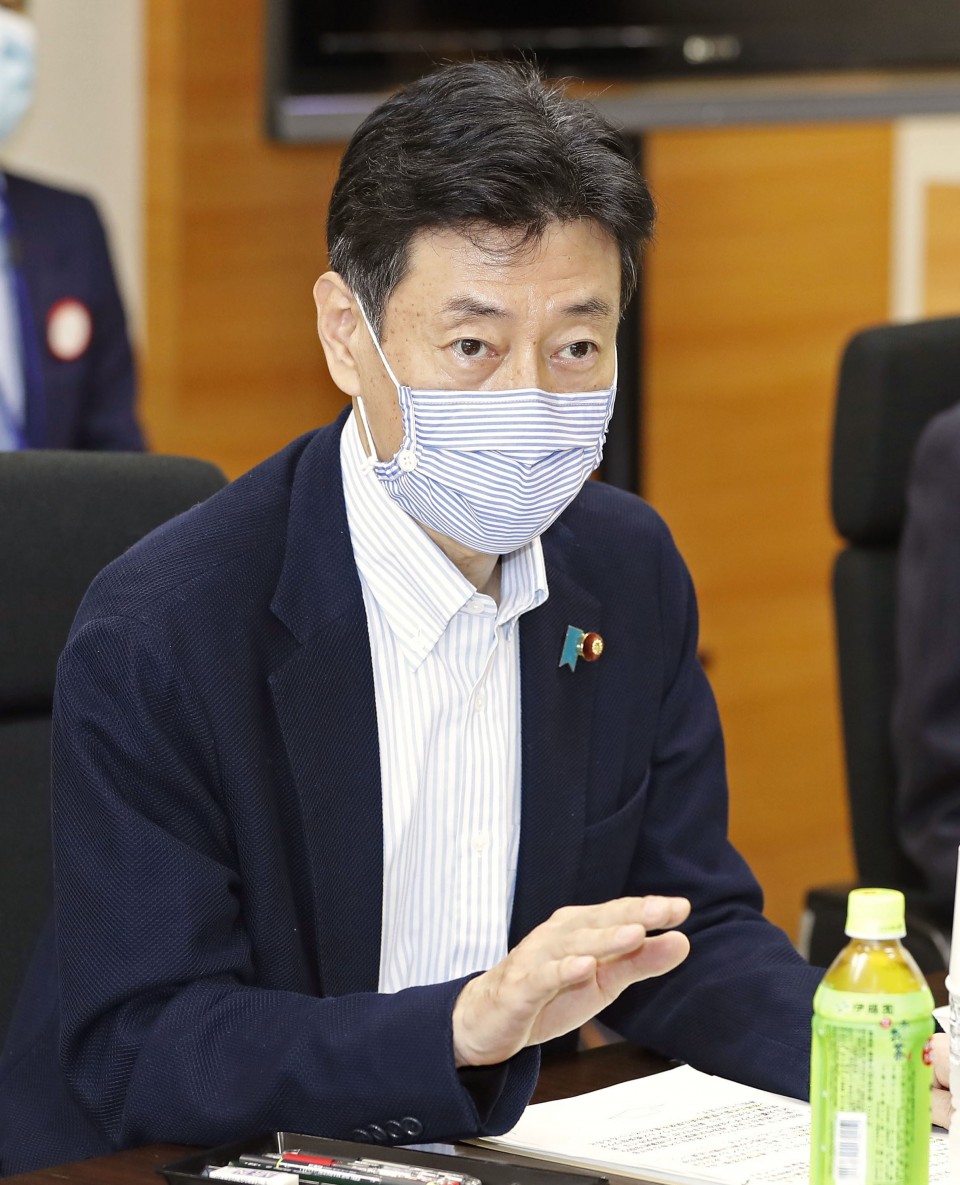 (Economic revitalization minister Yasutoshi Nishimura is pictured in Tokyo on May 24, 2020)

The Tokyo metropolitan government said 14 new cases of infections in the capital were confirmed on Sunday. It reported just two new cases in the capital Saturday, the lowest single-day tally since Abe declared the state of emergency last month.

But Tokyo has averaged around 7.1 new cases per day for the past week, 10 less than the requirement needed to lift the state of emergency declaration.

A Kyodo News tally compiling data in the week through Saturday showed that new infections stood at 0.29, falling below 0.5 per 100,000 people in the past week -- one of the criteria for the government and experts on whether to ease the emergency.

New infections in Kanagawa Prefecture were the highest of the five at 0.7, while Hokkaido was at 0.57. Saitama and Chiba prefectures stood at 0.2 and 0.1, respectively.

Kanagawa and Hokkaido are also on a downward trend despite both failing to meet the criteria, according to Nishimura.

"We will make a decision based on the whole picture by analyzing matters such as the percentage of cases with untraceable routes, clusters, and in-hospital infections," he said.

Five new cases were confirmed in Kanagawa on Sunday, while Hokkaido confirmed 15 new cases, reporting double-digits for the first time since May 12.

Earlier in the day, health minister Katsunobu Kato said Japanese medical institutions are seeing a lightening of their coronavirus caseload.

"The number of new infections has been falling each day and that is also the case in areas under the state of emergency," Kato said, in reference to the five areas.

"The tight medical situation has become more relaxed," he said on an NHK program.

More than 13,000 people have been discharged from hospitals or have completed treatment for COVID-19, the pneumonia-like disease caused by the coronavirus, and over 2,000 patients are currently hospitalized, according to Kato.

"About 15 percent of hospital beds secured (by the government) are being used in the country on average. The rate stands at 20 percent in Tokyo," said Kato, the minister of health, labor and welfare.

With the number of infections seemingly past a peak, Prime Minister Shinzo Abe ended the emergency over the virus in 42 prefectures.

The emergency declaration requesting that citizens refrain from nonessential outings and that businesses suspend operations was expanded to cover the entire nation on April 16 and later extended to run until the end of May.

Despite the emergency having been lifted in the vast majority of the country, infectious disease experts have been calling on the public to remain alert for a second wave of infections.