A Liberal Democratic Party working group plans to recommend the government drop proposals to move the start of the 2021 academic year from April to September, sources familiar with the matter said Wednesday.

The group is expected to submit its conclusions to the government as early as next week, following further deliberation, the sources said.

It has concluded a change in date may increase the financial burden on families with school children, and create inconvenience or even confusion in Japanese society.

Some LDP members, however, have expressed support for the proposed change. Prime Minister Shinzo Abe, who heads the LDP, has said such a move is an option but that he would like to take a cautious approach. 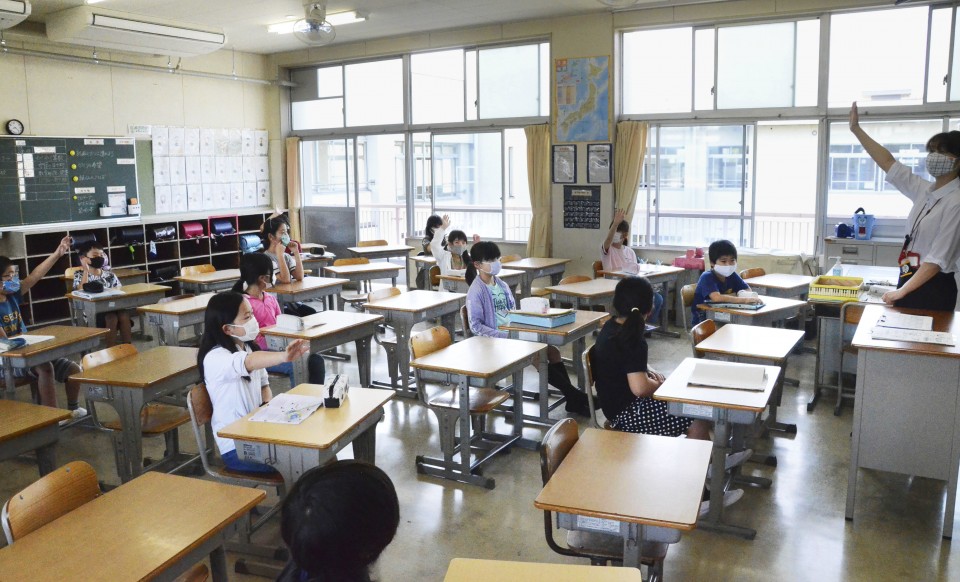 (Elementary school students sit in a class on May 25, 2020, after their school in Toyota, Aichi Prefecture, reopened for the first time in about one and a half months since the coronavirus pandemic necessitated its closure)

The academic year, alongside the fiscal year of the government and of many Japanese companies, has traditionally started in April. However, a September start -- common elsewhere -- has come under discussion since the coronavirus outbreak forced the closure of schools and universities this year.

The government and the ruling coalition, which comprises the LDP and Komeito, have held talks on the subject as a means of securing sufficient learning opportunities for students amid the coronavirus shutdown.

Government ministries and agencies have projected the proposed change would put an additional burden of 2.5 trillion yen ($23 billion) on households with school children, ranging from elementary to high school students.

They also found it would result in a shortage of about 17,000 nursery school teachers due to an increase in the number of children waiting to start elementary school.