The possibility of Japan's government lifting a state of emergency in Tokyo and nearby prefectures, as well as Hokkaido, altogether next Monday is rising, as the number of new coronavirus cases has been declining, officials said Friday.

After seeing the situation on the weekend and hearing opinions from health experts, Prime Minister Shinzo Abe will formally decide what to do with the emergency for Tokyo, Kanagawa, Chiba, Saitama and Hokkaido, the last remaining areas under the measure among the country's 47 prefectures, according to the officials.

The Tokyo metropolitan government reported three new cases in the capital on Friday, the lowest since Abe first declared a monthlong state of emergency for urban areas on April 7. 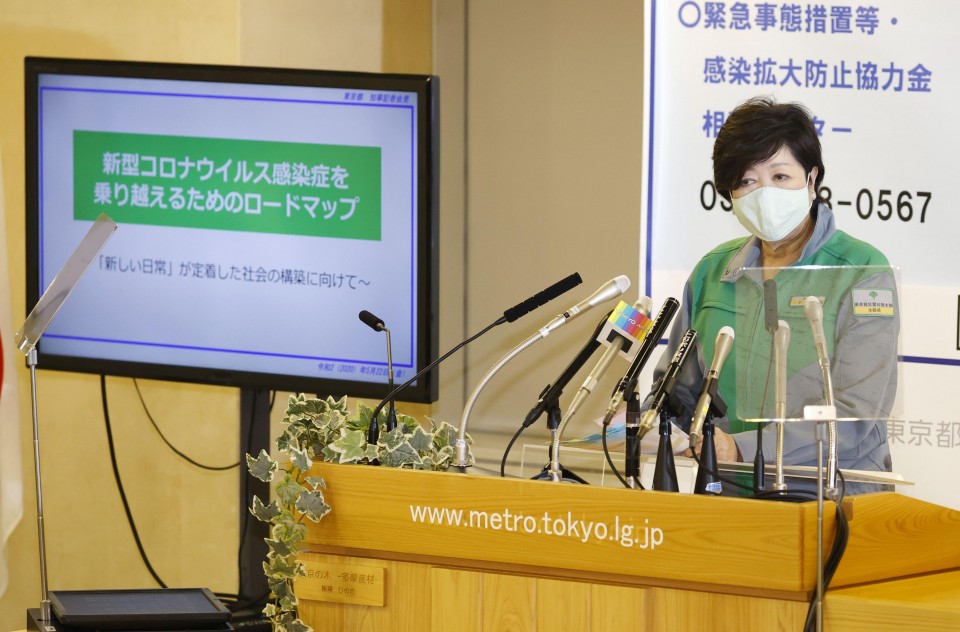 Tokyo Gov. Yuriko Koike announces at a press conference in Tokyo on May 22, 2020, how its coronavirus-necessitated business closure requests will be lifted after the central government lifted its state of emergency declaration on the Japanese capital. (Kyodo)

"This is a number that sets the direction of decision-making," a senior government official said.

The emergency requesting people to refrain from nonessential outings was expanded to cover the entire nation on April 16 and later its expiry was extended until the end of this month.

But amid a downtrend in daily infections, the emergency has already ended in 42 prefectures, with Abe on Thursday lifting the measure in Osaka, Kyoto and Hyogo in western Japan with big urban populations.

The number of new COVID-19 infections in Tokyo started to increase rapidly in late March and peaked in mid-April.

The Tokyo government has confirmed more than 5,100 cases so far, the highest in the country. The deaths of seven people were newly reported on the day, raising Tokyo's toll to 263.

In a press conference, Tokyo Gov. Yuriko Koike laid out a three-step plan to ease virus restrictions in the event the emergency is lifted in Tokyo and the surrounding prefectures.

The first step for reopening of facilities in stages may take effect at midnight that day.

Restaurants and eateries, which have had operational hours reduced to close by 8 p.m., will be able to stay open until 10 p.m. 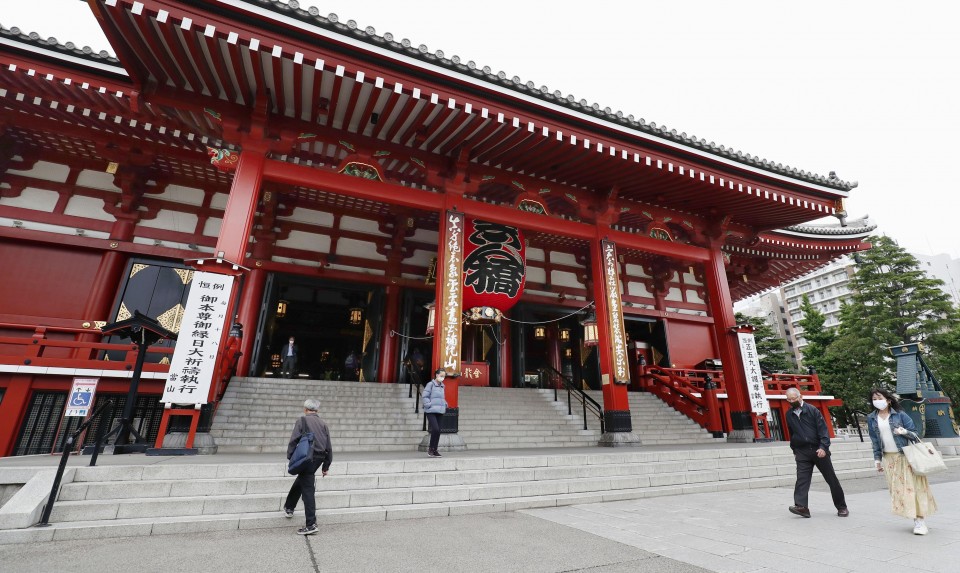 Tokyo's Senso-ji Temple is deserted on May 21, 2020, as a coronavirus state of emergency remains in place in the capital. (Kyodo)

"In order to return to a state of regularity as soon as possible, it's necessary to devise a road map so society can live a 'new normal,' while preventing the spread of the virus and revitalizing economic and social activities," Koike said.

She said schools will begin reopening for students one day a week, and gradually increase the number. They are also to utilize online classes.

The second step of the plan can be implemented about two weeks after the first but can be brought forward depending on the number of confirmed virus cases.

Facilities including karaoke bars and gyms, which have a history of cluster infections, will remain asked to be closed even in the final phase, and when they can restart operations will depend on policy by the central government.

Nissan aims to cut over 20,000 jobs worldwide as part of restructuring

Japan to start virus antibody tests on 10,000 people in June