A time-honored soy sauce maker in central Japan is finding success with its future-themed "2050 Curry" products featuring alternative meat made from soybeans developed under a concept that humanity faces serious meat shortages due to overpopulation in the future.

The ready-to-eat retort pouched curry sauce series by Yamamori Inc. established in 1889 in Kuwana, Mie Prefecture, has drawn attention with a video advertisement depicting a food shortage sometime in the future in a parody of a movie trailer, as well as dystopian package designs showing a run-down city and a planet. 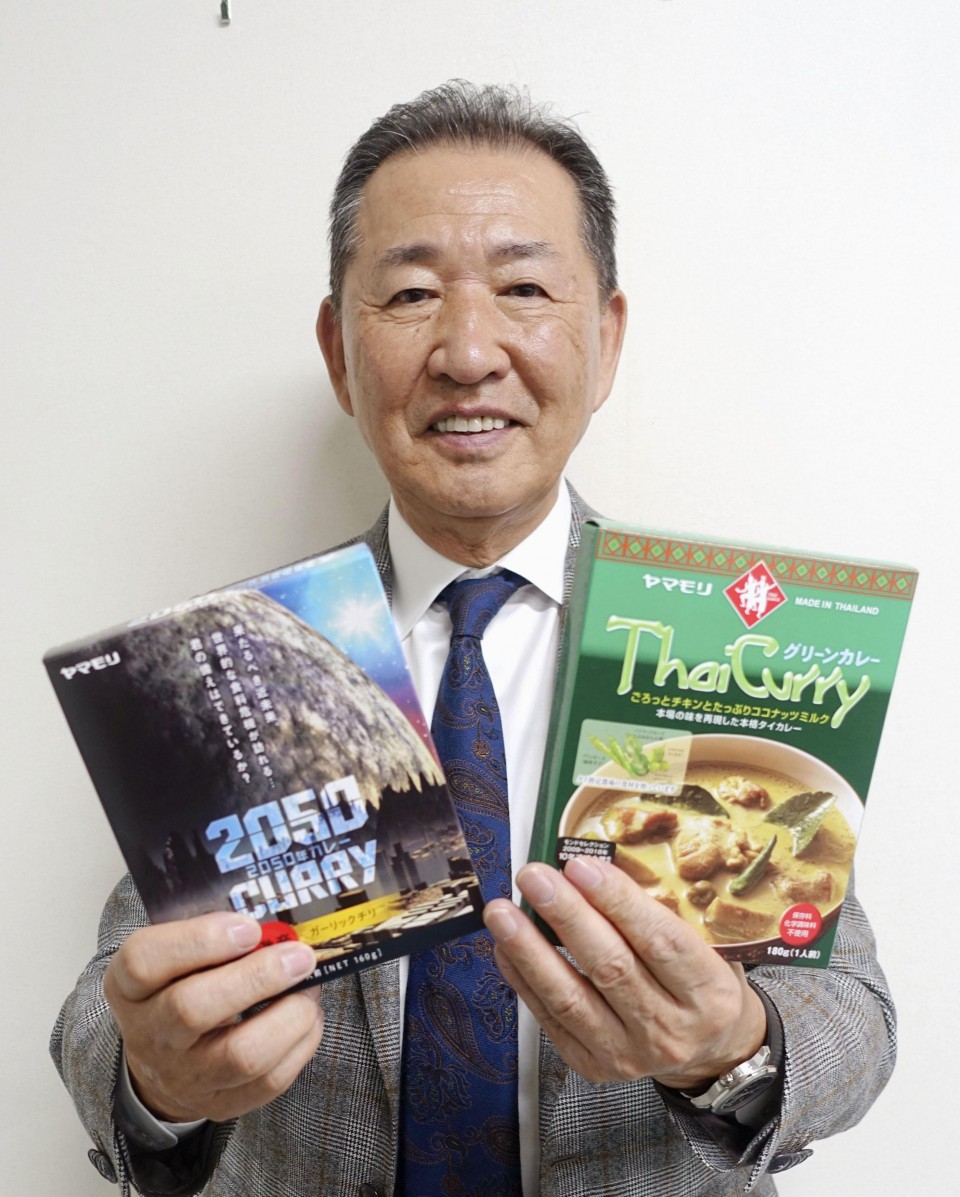 The curry series have sold well on the Amazon e-commerce site since they became available in late January, with up to some 500 packages sold daily. Yamamori set the per-package price at 360 yen ($3) but Amazon offers some discounts.

As the company has received numerous inquiries about the curry products from supermarkets, it is considering selling them at physical stores as well.

Yamamori President Noritada Mitsubayashi said the company has continued to venture into new territories since its start as a soy sauce brewer for the local market.

"I hope the products will raise awareness on a potential food crisis in the future," he said.

As the package designs contain no image of curry, some in the company were concerned whether consumers could recognize them as curry products, but Mitsubayashi instructed them to pursue the food crisis concept all the way.

The company said development of the 2050 Curry series took two years, five times longer than usual. Other than curry products, Yamamori in April launched a tomato sauce featuring soy meat for doria, a rice and butter-based dish with a creamy white sauce and cheese on top.

In recent years, Yamamori saw declines in the sales ratio of soy sauce among its household products, while that of items using retort processing technology, such as premixed seasonings for "kama meshi" rice, meat and vegetable dishes and the Thai curry series has been rising.

Yamamori's sales of Thai foods including curry expanded eightfold between fiscal 2000 and 2018. After opening its own plant in Thailand in 2004, the company secured the largest share of retort pouched Thai curries in Japan in fiscal 2018, staving off rivals such as Ryohin Keikaku Co. known for the Muji brand and S&B Foods Inc.

The company makes Thai curries at the local plant, using fresh ingredients including herbs. "We'd like to serve as a bridge between Thailand and Japan," Mitsubayashi said.