A man who received money from former Justice Minister Katsuyuki Kawai to support his wife's election campaign told prosecutors he had been tasked with winning votes for her from supporters of an incumbent lawmaker, sources close to the matter said Wednesday.

In the election, the Liberal Democratic Party had fought for two seats in the Hiroshima constituency by backing both Anri Kawai, 46, and the veteran incumbent lawmaker, Kensei Mizote.

During voluntary questioning by the Hiroshima District Public Prosecutors Office, the man said he called on several local assembly members close to Mizote and asked them to collect votes for Anri. The man reported details of these meetings to Katsuyuki Kawai via the messaging app Line. 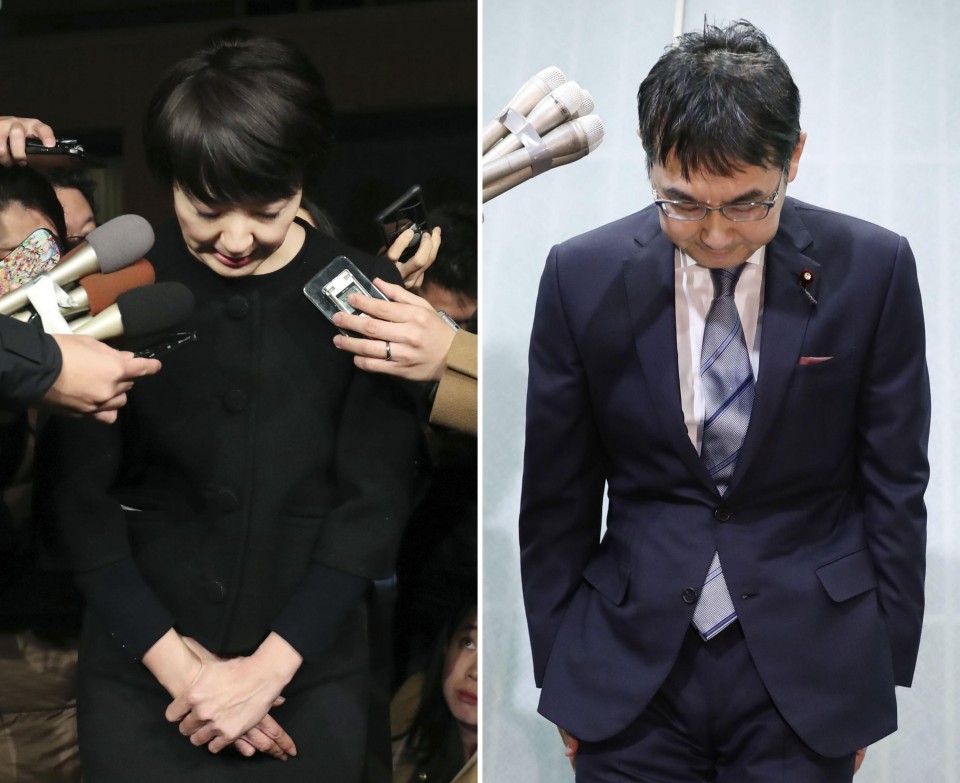 The prosecutors plans to establish a case against the former minister for handing out money to local assembly members in Hiroshima Prefecture and others in alleged vote buying for his wife in violation of the Public Offices Election Law.

The prosecutors are also considering establishing a case against Anri, who was elected a member of the House of Councillors for the first time last July.

According to the sources, Katsuyuki Kawai requested support from the old acquaintance in early June last year, around one month before the start of the election campaign. The man was later handed an envelope containing 100,000 yen in cash.

As campaigning was prohibited before the official start, the man told several local assembly members close to Mizote that Anri was willing to run as a female representative.

After the official campaign began, the man asked them to make Anri their second choice if they felt Mizote was certain to win one of the two seats, and to vote for Anri instead so that she could win the other seat.

Between June and August last year, a total of 860,000 yen was transferred in three installments to an account the man held from the LDP's branch office headed by Anri.

The man told prosecutors that he was aware of the illegality of the act, as being paid for activities that should be done by volunteers constitutes bribery. But he thought that as Katsuyuki Kawai was familiar with elections, there was no need for him to get involved with monetary matters.

Local political circles have been rocked by the investigation. A Hiroshima city assembly member of the LDP, who was questioned by prosecutors on a voluntary basis, on Wednesday denied receiving money from Kawai and said the couple should explain the issue properly to citizens.