Abe and Putin welcomed the recent deepening of bilateral cooperation in the economic field, as seen in a joint investment in a project to develop a rapid test kit for the virus, according to a senior Japanese government official.

The Russian Direct Investment Fund, Russia's sovereign wealth fund, said Wednesday its joint fund with the Japan Bank for International Cooperation is investing in the project to make a test kit that can detect the virus in 30 minutes. 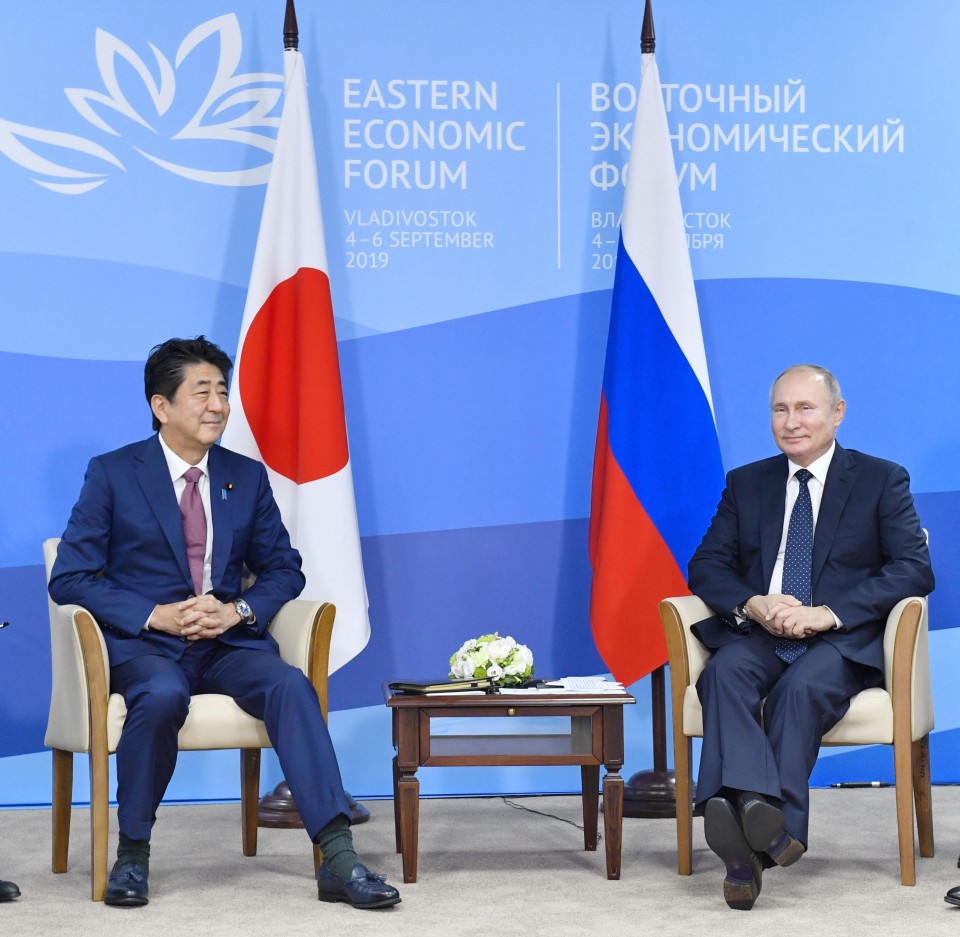 Abe had planned to meet with Putin in Moscow on the occasion of a ceremony to mark the 75th anniversary of Russia's victory over Germany in World War II on May 9. But the parade was postponed due to the pandemic.

The meeting would have provided an opportunity for Abe to seek to break the deadlock in negotiations toward concluding a postwar peace treaty between Japan and Russia.

During the roughly 30-minute talks held at Japan's request, Abe and Putin also agreed to step up peace treaty talks as well as joint economic activities on disputed islands off Hokkaido in northern Japan, the official said.

The spat over the Russian-held Northern Territories, called the Southern Kurils in Russia, has prevented the two nations from signing a peace treaty.

Joint economic activities are part of bilateral efforts to build mutual trust. But Russia, which maintains that it legitimately obtained the four islands as a result of the war, has not budged over the long-standing territorial issue.

Japan's stance is that the islands -- Etorofu, Kunashiri, Shikotan and the Habomai islet group -- were seized by the Soviet Union illegally.