A Maritime Self-Defense Force destroyer left its base Sunday to replace another vessel in a Japanese mission to help secure the safety of a key Middle East sea lane, with precautions taken to avoid onboard infections with the coronavirus.

The destroyer Kirisame, with about 200 personnel aboard, will conduct training in home waters for two weeks during which virus tests will be carried out on crew members, according to the Defense Ministry. 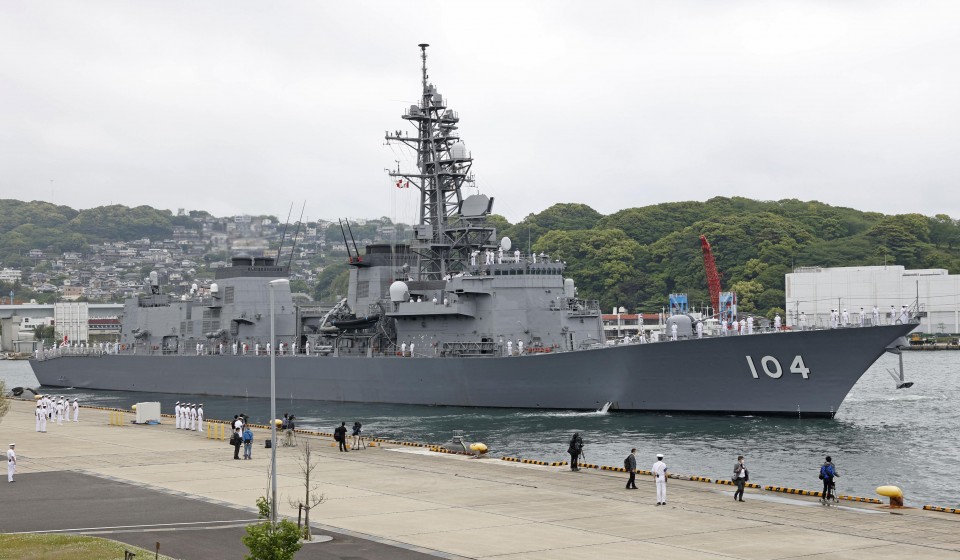 The vessel will then head for the Middle East once its crew has been cleared.

"You may get frustrated as no landings will be allowed at supply bases. But we will provide backup to help you conduct the mission without a problem," Defense Minister Taro Kono said in a statement read at an event to send off the vessel in Nagasaki Prefecture.

There were no guests or family members of the crew at the event due to the ongoing spread of the new virus.

"This is the first mission for my son and I'm worried about the virus. I want him to let me know how he is doing occasionally," said a 50-year-old nurse seeing her son off from the opposite shore.

The destroyer Takanami is currently engaged in the MSDF's first long-term intelligence-gathering mission abroad, which commenced with MSDF P-3C patrol planes on Jan. 20, to ensure the safety of Japan-related commercial shipping passing through Middle East waters.

The Kirisame is scheduled to join the mission in the Gulf of Oman and the northern part of the Arabian Sea in early June.

Japan plans to rotate MSDF destroyers in three four-month tours over the course of the one-year Middle East mission, which could be extended with Cabinet approval.

As Japan relies on the Middle East for about 90 percent of its crude oil imports, stability in the region is of utmost concern to the country.