The 22-year-old Osaka bested the record previously held by Maria Sharapova, who earned $29.7 million in 2015, and ranks No. 29 among the 100 highest-paid athletes, the report said.

American tennis giant Serena Williams placed 33rd among the 100, earning $1.4 million less than Osaka. It is the first time since 2016 that two women have made the rankings for the top-paid athletes.

According to the report, Osaka, a two-time Grand Slam champion, received $10 million last year from sports equipment manufacturer Nike Inc. in a deal that runs through 2025.

Her 15 endorsement partners also include Nissan Motor Co., Shiseido Co. and Yonex Co., Forbes said. Some companies have signed deals with Osaka to use her around marketing for the Tokyo Olympics and Paralympics, now postponed to next year.

Osaka, whose parents are from Japan and Haiti, won the 2018 U.S. Open and the 2019 Australian Open. She became world No. 1 in the women's singles rankings in January 2019 after winning her second Grand Slam. 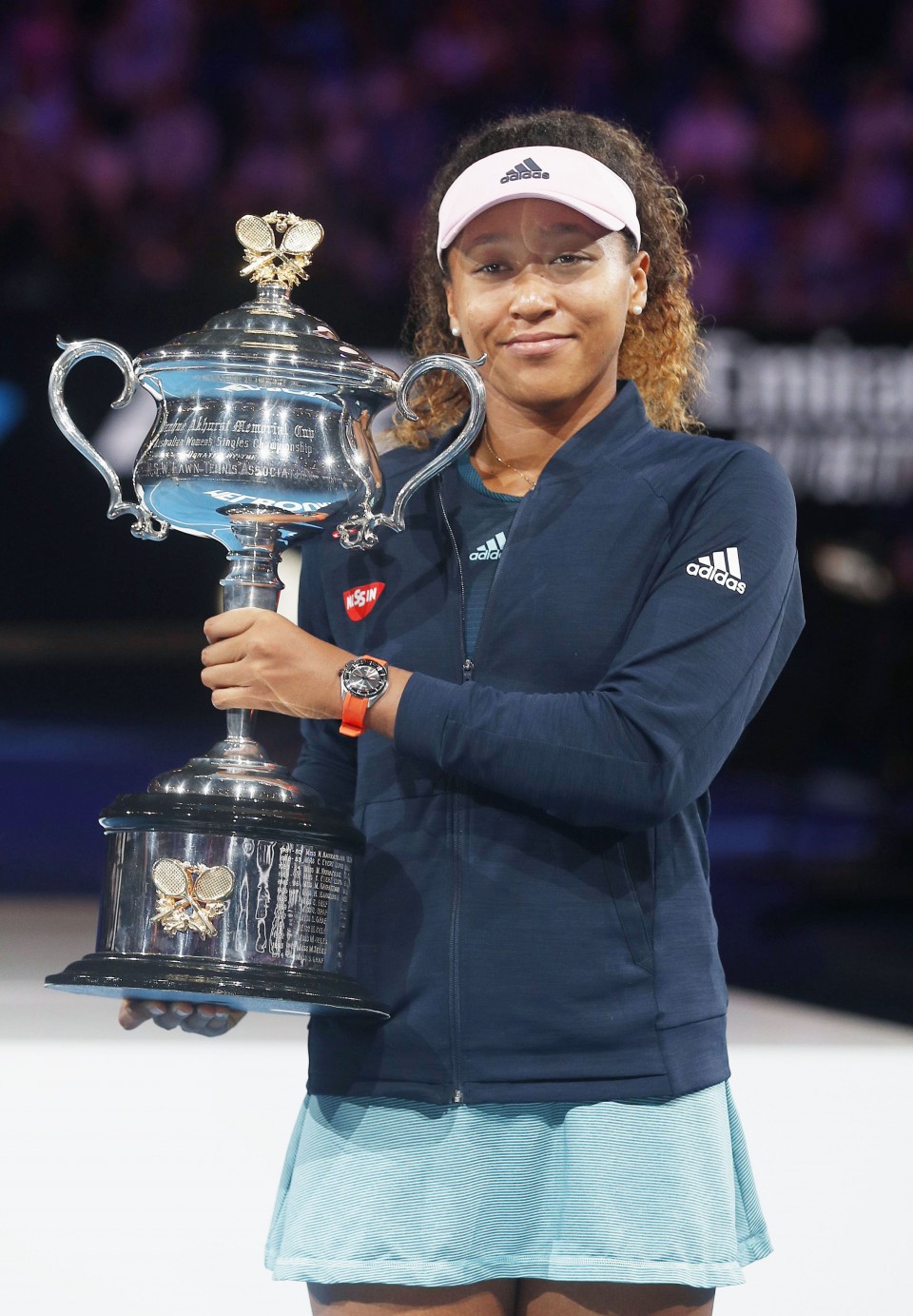 (Naomi Osaka of Japan poses with the trophy after defeating Petra Kvitova of the Czech Republic in the women's final of the Australian Open tennis tournament in Melbourne on Jan. 26, 2019)