Japan's professional baseball season will begin on June 19 behind closed doors, Nippon Professional Baseball commissioner Atsushi Saito said Monday, after the season was postponed for close to three months because of the coronavirus pandemic.

The 2020 NPB season had been slated to begin on March 20 before the outbreak of the pneumonia-causing virus halted major sports events across the country. The games will be the first pro sports events held in Japan since the government declared a state of emergency in April.

"If possible, we hope to lift the spirits of everyone suffering from a feeling of hopelessness, and pave the way for other sports to be held," Saito said at a press conference after meeting with representatives of the 12 teams.

The announcement comes as the state of emergency is being lifted in the last remaining areas of the country, including the Tokyo metropolitan area and Hokkaido in the north, as the spread of infections appears to be under control.

The commissioner said the teams will only play 120 of the original 143 games on the regular-season calendar as a result of the delay, with the Japan Series scheduled to start on Nov. 21. Saito said no decision has been reached on whether to hold the Climax Series playoffs.

This year's All-Star game and interleague matches have already been canceled.

The clubs in Japan's Central and Pacific leagues have resumed workouts as they ramp up for the start of the season. Saito said the teams will resume practice games on June 2, and the schedule of all matches will be adjusted to limit the distance and frequency teams have to travel.

Although Major League Baseball is still on hold, pro baseball has already returned to Taiwan and South Korea. Earlier this month, Chinese Professional Baseball began admitting a limited number of fans to its games, while the Korea Baseball Organization opened its 2020 season behind closed doors. 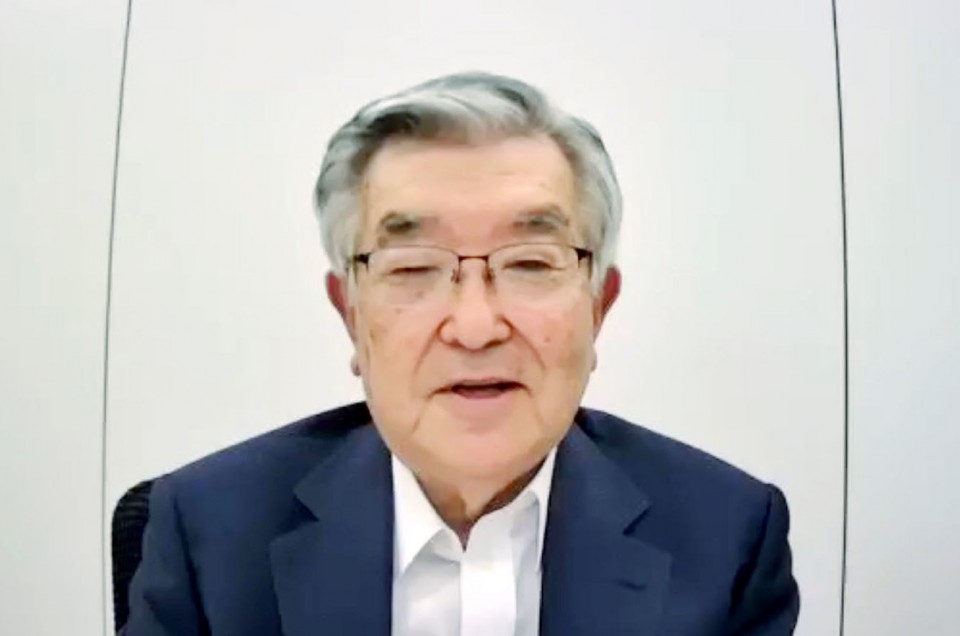 Nippon Professional Baseball's commissioner Atsushi Saito speaks at an online press conference on May 25, 2020, in Tokyo. Japanese baseball is set to open its coronavirus-delayed season on June 19. (Kyodo)

NPB is using instructions from the Taiwanese and South Korean pro leagues as a framework for creating guidelines on how to safely hold games in Japan amid the pandemic.

While spectators are barred from games for the time being, Saito said fans may be allowed to attend in the future if the risk of infection continues to get lower.

"Our discussion concentrated on opening the league even without spectators," he said. "It's conceivable to let spectators come if the circumstances improve, but we haven't discussed any details yet."

The announcement of the date was met with relief from managers and players, who vowed to make the most of the time remaining until the season begins.

"Now that we have a concrete date, we will prepare thoroughly with a new sense of determination," Hiroshima Carp manager Shinji Sasaoka said.

Seibu Lions infielder Sosuke Genda said, "I noticed how much fans are looking forward to the pro baseball season. I promise I will play as hard as I can so they will enjoy watching the games."

Should Japan experience another wave of infections, Saito said NPB's executive board would consider extra countermeasures using guidance from experts and doctors, and in cooperation with national and local governments.

Hanshin Tigers pitcher Shintaro Fujinami was the first professional baseball player in Japan to test positive for the novel coronavirus, revealed on March 26. The Central League club confirmed the following day that two other players had also been infected.

Following a government request to postpone or cancel all large events in late February, which resulted in the suspension of Japan's pro sports leagues, NPB twice set Opening Day goals for the 2020 season only to abandon them.

The governing body eventually ruled out starting the season until June at the earliest, however, after Prime Minister Shinzo Abe declared a nationwide state of emergency in April and later extended the measure in order to curb cases of infection.

Saito announced on May 11 that the All-Star game, originally slated for July, would be canceled for the first time since its initial staging in 1951, saying it would be difficult to select players in time given the delay.