Three bodies with head wounds were discovered at a residence in Nagano Prefecture, central Japan, on Tuesday night in what police suspect is a murder case involving handguns.

One of the three was Sho Ozawa, a 35-year-old man associated with a yakuza crime syndicate, police said. They are investigating whether trouble between Ozawa and the eldest son of the Takenori Ichikawa, who lives at the house with his family, may have played a role in the incident.

The other two victims were identified by authorities as Ichikawa's 22-year-old daughter Anna and his 16-year-old son Naoto. 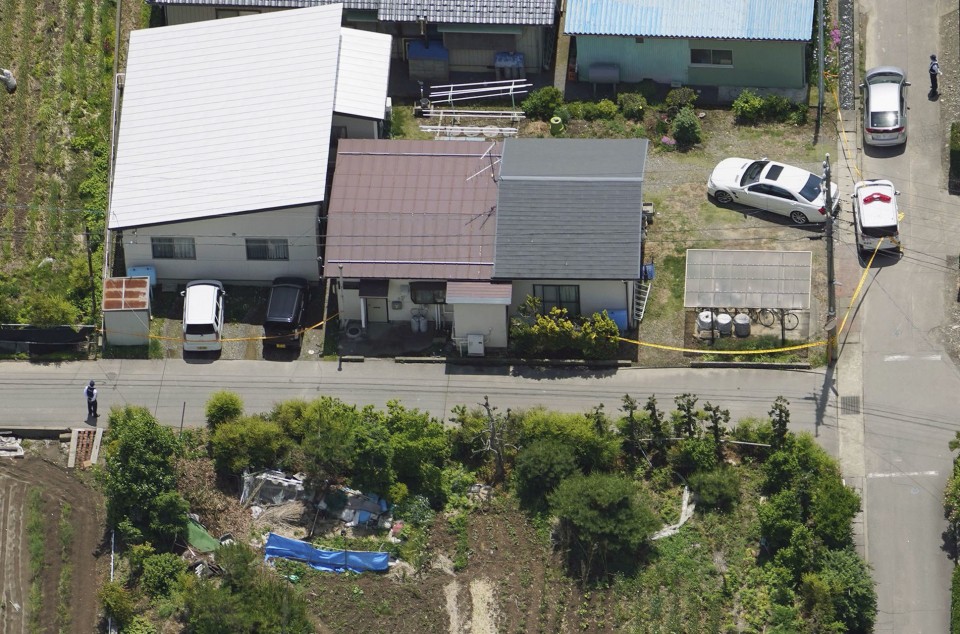 Photo taken from a Kyodo News helicopter shows a residence in Nagano Prefecture, central Japan where three bodies with head wounds have been discovered.

Police found the bodies after responding to a call at around 11:15 p.m. on Tuesday from the Ichikawa family. The victims were taken to a hospital where they were confirmed dead.

While Ichikawa's family has no connection with gangs, Ozawa is believed to have had trouble with the eldest son. According to the police, Ozawa assaulted the eldest son in the parking lot of a convenience store in the same prefecture on Sunday night, and the eldest son reported the case to police the following day.

A luxury car that does not belong to the Ichikawa family was spotted near their residence, investigative sources said, adding that the police believe Ozawa drove the vehicle to the area.

When Ozawa visited, the eldest son was not at the residence, the sources said.

Ichikawa and his wife, as well as the couple's eldest son who also lives in the family home, were unharmed, the police confirmed.