U.S. President Donald Trump on Monday shrugged off concerns the new coronavirus could widely spread inside the White House after two staff members were found to have been infected last week. 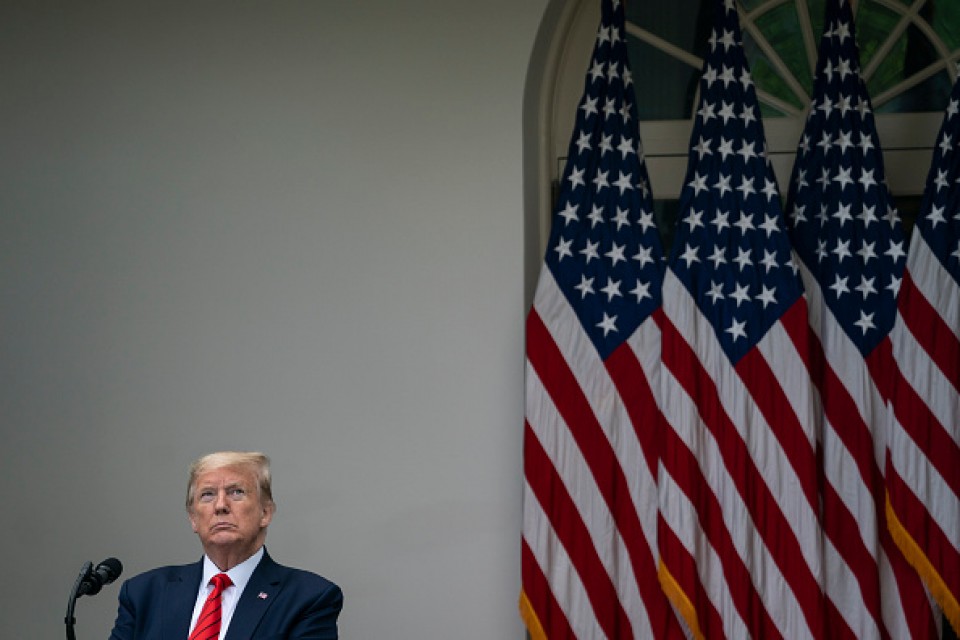 (U.S. President Donald Trump speaks during a press briefing about coronavirus testing in the Rose Garden of the White House on May 11, 2020 in Washington, DC)[Getty/Kyodo]

"I don't think the (safety) system broke down," Trump said at a press conference, noting he is not aware of any infection among White House staffers other than one of his personal valets and Vice President Mike Pence's press secretary Katie Miller.

The development led the three top health officials involved in the pandemic response, including Anthony Fauci, head of the National Institute of Allergy and Infectious Diseases, to self-isolate.

"It's the hidden enemy, so things happen. But the three tested negative...we will be absolutely fine," Trump said.

U.S. allows emergency use of the drug remdesivir for virus treatment

Any further spread of the virus in the White House, believed to be the most secure workplace in the country, could raise concerns among a public hoping to go back to work, as some states reopen their economies.

In its latest effort to ensure the safety of the country's leaders, the White House has directed staff working in the West Wing, where the daily operations of Trump's administration are carried out, to wear masks except when they are at their own desks, media reported Monday, citing senior administration officials.

Trump, meanwhile, has not worn a mask in public even as U.S. health authorities recommend people to wear cloth masks or face coverings in public settings where other social distancing measures are difficult to maintain.

He has said he only tried one on "backstage" when he visited a mask-making plant in Arizona earlier in the month.

The recommendation to wear a mask is intended to prevent the virus from being transmitted to others through coughs and sneezing from individuals who have been infected with the virus but have not shown symptoms. Some states, such as hard-hit New York, require people to wear a mask in public.