Hiromu Kurokawa has asked to step down as chief of the Tokyo High Public Prosecutors Office, Justice Minister Masako Mori told reporters, adding the Cabinet will formally approve the resignation on Friday.

The resignation of Kurokawa, 63, is a fresh setback for Abe, who has ridden out a string of money and favoritism scandals since his return to power in late 2012.

According to the Shukan Bunshun weekly that first reported the allegations, Kurokawa played mahjong with two reporters of The Sankei Shimbun newspaper and an employee of The Asahi Shimbun newspaper, who used to be a reporter in charge of covering prosecutors, on May 1 and May 13.

The Asahi Shimbun said its own probe found that the employee played mahjong for money with Kurokawa at a Sankei reporter's home a total of four times after Abe declared the state of emergency for Tokyo and several other prefectures on April 7. 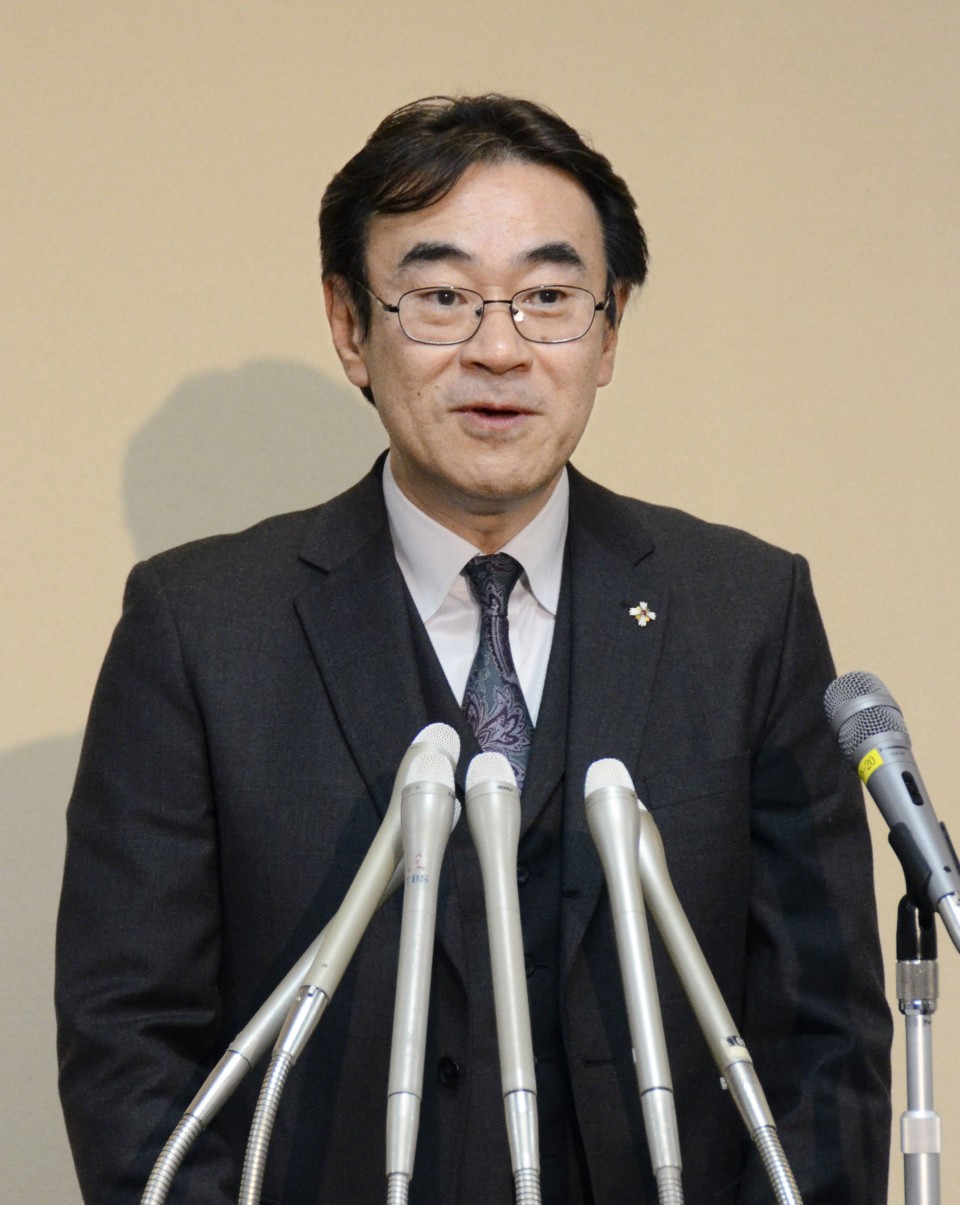 The Asahi employee, two Sankei reporters and Kurokawa had gotten together a few times every month over the last three years and each could win or lose up to about 20,000 yen ($185) per game, according to the newspaper.

The state of emergency was expanded to the whole country later in April and still remains in place in some areas including Tokyo and Hokkaido, with people being asked to stay at home to avoid spreading the coronavirus.

Mori said Kurokawa's actions were "truly inappropriate and extremely regrettable" and he had been formally reprimanded.

Kurokawa issued a statement saying his actions were thoughtless and he was "deeply reflecting on them." His replacement has not yet been announced.

The magazine's report, released in its online edition a day before the print version hit newsstands Thursday, sparked calls from the ruling and opposition parties -- and even some within the judicial branch -- for Kurokawa to step down.

Kurokawa drew attention in January when the Cabinet allowed him to remain in his post even after he turned 63, the retirement age for prosecutors, amid speculation the government was looking for him to succeed Prosecutor General Nobuo Inada, who is expected to retire in July.

After critics pointed out it likely violated a law regarding the Public Prosecutors Office, the government and ruling coalition sought to revise the law to raise the retirement age to 65, a highly controversial move that sparked a public backlash led by celebrities on Twitter.

Abe told reporters on Thursday he is responsible for the decision and "sincerely accepts the criticism."

Yukio Edano, leader of the opposition Constitutional Democratic Party of Japan, said Thursday he plans to ramp up the pressure on the Abe administration over the issue.

"The Cabinet needs to take responsibility" for keeping Kurokawa in the job, he said.

The government and ruling coalition said Monday they were shelving the controversial legislation during the current Diet session.

But a Liberal Democratic Party source said the ruling party headed by Abe is now considering scrapping the bill, which critics have said if passed and enacted into law would enable the Cabinet to retain certain high-ranking prosecutors longer than others at its own discretion and that could prompt them to turn a blind eye to scandals.

Kurokawa may face criminal charges as Japanese law prohibits unauthorized gambling, which is punishable with a fine of up to 500,000 yen. But the letter of the law is somewhat ambiguous as it treats small bets that are one-off or infrequent as exceptions.

In January 2017, the mayor and deputy mayor of the city of Iizuka in Fukuoka Prefecture resigned after they were found to have played mahjong for money while on the job. But prosecutors chose not to indict them as they only played once or twice a month, and gambled around 10,000 yen on each occasion.