Japan on Tuesday raised its travel alert for 13 countries to its second-highest level, warning against any trips to these areas as new coronavirus infections continue to spread globally.

Foreign Minister Toshimitsu Motegi told a press conference that foreign travelers who have been in the 13 nations -- which include five South and Central American countries, including Mexico, Uruguay and Colombia -- within two weeks of arriving in Japan will be denied entry following the upgraded advisory. 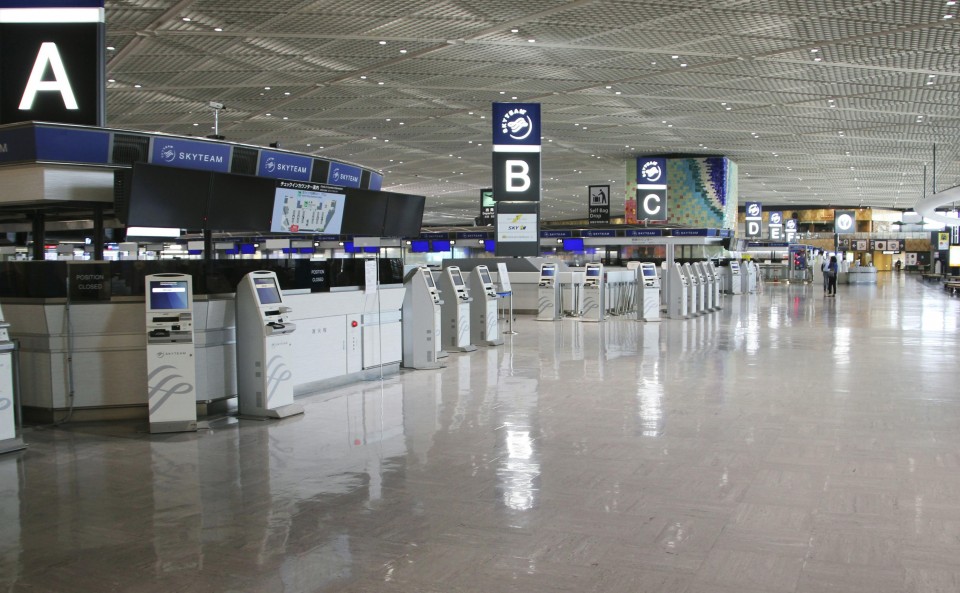 (A Narita airport terminal in eastern Japan is quiet on May 2, 2020, during the Golden Week holidays under a state of emergency declared over the coronavirus pandemic.)

The entry ban will be finalized soon after talks at the National Security Council and a government task force meeting on the virus outbreak.

With Tuesday's measure, the number countries and regions with a Level 3 advisory totals 100, according to Motegi.

The Level 3 advisory is one step below the Foreign Ministry's highest level of travel alert, which urges Japanese nationals to "evacuate immediately" from a country or area and "avoid all travel regardless of purpose."

"The regions where the infection is spreading are changing over time," Motegi said.

Among other countries newly added to the Level 3 advisory area list are the Maldives, Azerbaijan, Kazakhstan and five African countries.

Japan has banned the entry of foreign travelers from 87 countries and regions including China, South Korea, the United States, Russia and most of Europe since March, and suspended visas issued to people from the rest of the world.

All other countries remain on the Level 2 advisory, in which Japanese citizens are asked to refrain from all nonessential overseas travel.