The Hiroshima Carp opened up some parts of Mazda Stadium on Thursday, allowing some lucky fans the chance to watch the Central League club work out during their first practice in nearly a month and a half.

Fans were barred from preseason games in late February in Japan, and players have been largely practicing on their own since April due to the new coronavirus pandemic. But on Thursday, 125 groups of fans, selected by lottery, were reunited with their team. 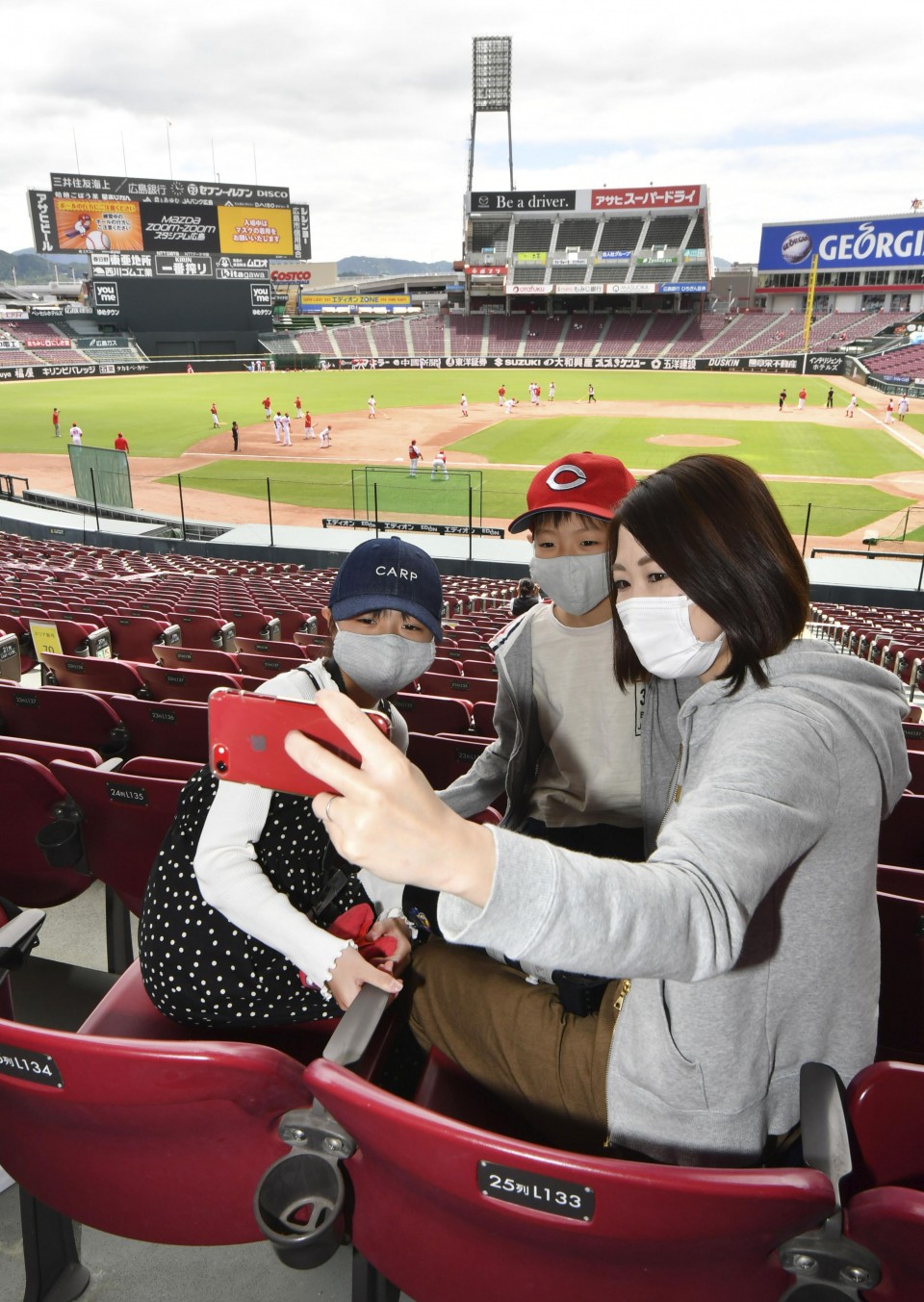 (The Hiroshima Carp allow 125 groups of fans to watch practice at Mazda Stadium in Hiroshima on May 21, 2020.)

"Pro baseball cannot exist without fans," first-year Carp manager Shinji Sasaoka said. "I think they really want to see baseball, so I hope we can give them courage."

To prevent the spread of infection, fans were required to wear masks and have their temperatures taken. Venders walked the aisles, while stadium shops were also open.

Hideki Aida, a 54-year-old company employee from neighboring Hatsukaichi, came to the park with his 9-year-old son in uniform. They watched the players practice while hearing the sound of hit balls echoing through the park, something that has been largely missing from Japan since February. 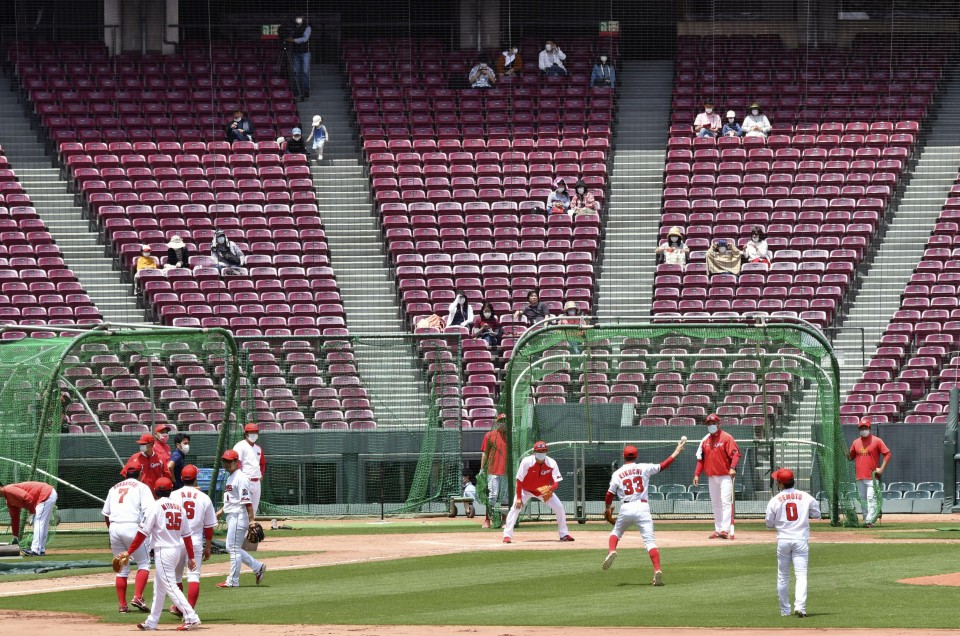 (The Hiroshima Carp allow 125 groups of fans to watch practice at Mazda Stadium in Hiroshima on May 21, 2020.)

"I was looking forward to this," the elder Aida said. "It was energetic, and the greatest feeling came from just being able to see the players," he said.

Nippon Professional Baseball is looking to start its season in the middle of June or early July, but no date has been set. Although Tokyo remains in a state of emergency, teams across the nation are picking up the pace of training in order to be ready when the season begins.

Taiwan's Chinese Professional Baseball League has been playing since April 12 and admitting fans to games for over a week, while South Korea's Korea Baseball Organization began its season on May 5 and is playing behind closed doors.