Japan's blanket cash handouts to help individuals weather the economic fallout of the coronavirus outbreak have drawn a barrage of criticism from the public, with the ruling party accused of sending mixed messages and some of those in urgent need of the money expressing frustration at the application process.

The government launched the 100,000 yen ($940) universal handout scheme after an earlier proposal by Prime Minister Shinzo Abe's Liberal Democratic Party targeting those most in need was dropped following criticism that it excluded too many. But the nearly 13 trillion yen relief package finally agreed on is still raising ire.

Originally, the ruling party planned to deliver 300,000 yen to households whose income had fallen sharply as part of an emergency policy package approved by the Cabinet on April 7.

Abe made a sudden policy shift to replace it with the across-the-board 100,000 yen cash handouts the following week, yielding to pressure from Komeito, the LDP's junior coalition partner, amid a storm of public criticism over the initial plan's strict eligibility requirements.

But the handout program ran into controversy even before distribution of the money began.

Finance Minister Taro Aso, who initially opposed the universal cash payment, appeared to undermine Abe's claim that making payments to all citizens and legal residents would promote "the nation's sense of unity."

A day after Abe endorsed the program, Aso told a news conference that the money would only be given to those who "raise their hands" and that he expects some wealthy individuals to choose not to receive it, provoking a public backlash.

On the application form which recipients need to file with their local government, a checkbox is provided for people who wish to decline the cash handouts.

But this option of turning down the benefit caused controversy after the LDP decided its parliamentary members would not receive the money.

While the move would potentially save the government about 40 million yen if all of the nearly 400 LDP members from both houses of parliament decline the handouts, Takanori Fujita, a director at nonprofit group Hotplus which supports people living in poverty, accused LDP lawmakers of being "irresponsible."

The cash handouts would be "meaningless" unless every person received and used the money, Fujita, who is also an associate professor at Seigakuin University, argued.

"Mr. Abe has said national solidarity matters, but what LDP members are doing is like saying, 'We are special and things like the cash handouts are not necessary for us.' That could spoil the spirit of solidarity," Fujita said.

Decrying what he called the administration's "furtive intention" of encouraging well-off people to decline the handouts, Fujita called for Abe himself to set an example by taking the money.

"The prime minister should take the lead in receiving 100,000 yen, which would convey a message that anyone, including the rich, is welcome to accept the money," said Fujita.

Komeito leader Natsuo Yamaguchi has also said he, too, does not plan to receive the benefit but has left it to other members of his party to make their own decisions.

Opposition lawmakers have vowed to receive the money and make donations. Among them, Yuichiro Tamaki, leader of the opposition Democratic Party for the People, has offered to donate his share to the medical field. He said in a recent Twitter post that Cabinet ministers and lawmakers who plan to decline the benefit should not openly say so. 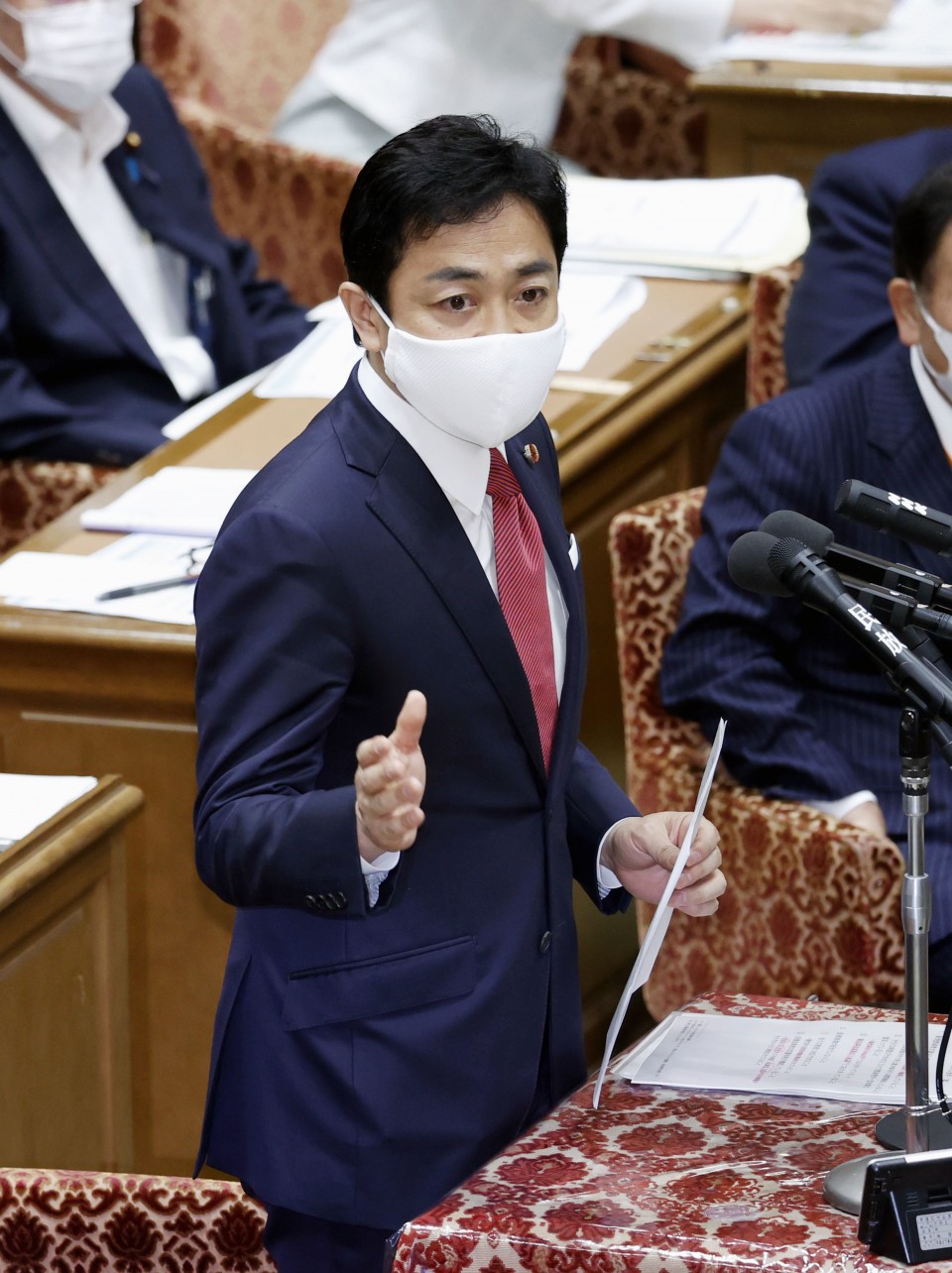 (Yuichiro Tamaki, head of the Democratic Party for the People, speaks at a session of the House of Representatives' budget committee in Tokyo on May 11, 2020.)

"If we create a mood where declining the handout is seen as a noble act, we end up making people in urgent need of help feel embarrassed to receive it," Tamaki said.

After local governments started accepting applications for the cash benefit this month, confusion surrounding the application process unleashed another wave of criticism.

While most local governments are sending out application forms by mail by the end of May, online applications can also be made through the "My Number" personal identification system.

But this has become yet another source of frustration for people wanting to get the relief as soon as possible.

The numbering system introduced in 2015 issues a 12-digit number to each citizen and foreign resident, though there is no legal requirement to receive the so-called Individual Number Card, designed to increase public convenience when receiving administrative services.

As a result, only 16.0 percent of all Japanese citizens were holders of the identification card as of April 1, according to the internal affairs ministry.

Hoping that the cash handouts would arrive more quickly through an online application, some people without the Individual Number Cards rushed to local government offices only to find it typically takes one to two months for the card to be issued.

Even some those with cards have not been able to send in their application for the cash handouts because they could not remember their security code needed for online processing. They too have been flooding local government offices to have a new security code issued, causing queues to get longer.

A male part-timer in his 30s in Tokyo said he had to wait for about two hours for his card application to be processed at a Nerima Ward office.

"I came here to make preparations to get the money as soon as possible, and I had never thought I would see such congestion," he said.

At the Shinagawa Ward office, applicants had to wait as long as eight hours on the first business day after the Golden Week holidays earlier in May. A surge in online card applications has also caused system glitches at some municipalities.