The lifting Monday of the state of emergency imposed on Tokyo and four other prefectures over the novel coronavirus pandemic holds out the prospect of people returning to shopping, businesses getting back on track and schools reopening.

But some voiced concern that the full lifting of the state of emergency seven weeks after it was initially declared in early April could trigger another wave of infections, calling for the maintenance of measures to prevent the spread of the virus. 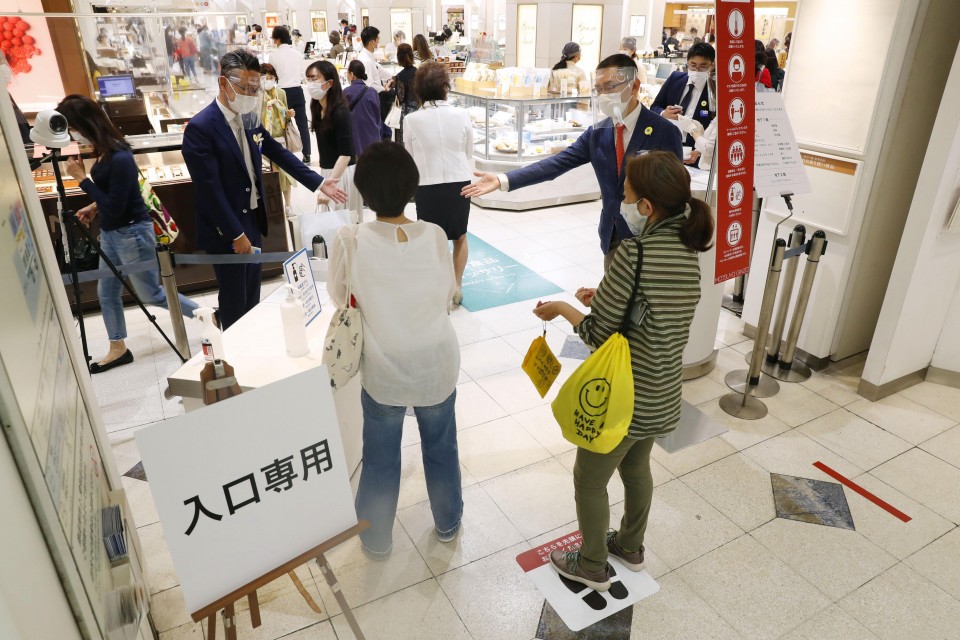 Prime Minister Shinzo Abe on Monday announced the state of emergency was over in Tokyo, Kanagawa, Chiba and Saitama as well as Japan's northernmost main island of Hokkaido, after it was lifted in the country's 42 other prefectures earlier this month.

Some people returned to Shibuya, a normally busy shopping and entertainment district in Tokyo, as the government decided to end the state of emergency in the capital.

"I had long been working from home," Tomoka Ino said, as she visited Shibuya from her home in Yokohama, Kanagawa Prefecture, for the first time in a while.

"I want to go out for dinner with my friends" as the state of emergency has been lifted, the 24-year-old said.

In Sapporo, Hokkaido, seafood restaurant employee Takahiro Miura hoped the lifting of the emergency would help the number of customers to return to normal by around the peak summer season.

Sales at the restaurant in April tumbled 90 percent from a year earlier as the number of domestic and foreign customers plummeted from late February, he said.

"If our restaurant remains empty for another six months, we'll be in a severe situation," Miura added.

Parents are hoping that schools will reopen to make up for lost time and reduce family stress.

"I can't take care of my children all day long at home anymore. I need time for myself," said a 43-year-old mother of a son in fifth grade at elementary school and a daughter in second grade at junior high school in Yokohama.

Some parents are worried about the increased burden on teachers, as they will need to take extra care to hold classes while preventing the spread of the virus.

"It will be hard for teachers," said Megumi Sasamoto, a 43-year-old resident of the city of Chiba.

Retailers reopened their outlets or expanded their operations in the Tokyo metropolitan area ahead of the lifting of the state of emergency.

An 89-year-old man said he came to the store to buy his favorite dish "tsukudani," a traditional Japanese treat made by simmering ingredients such as seafood or vegetables in soy sauce.

"I had to make do with something else for a month," he said.

The lifting of the emergency also left some people concerned about a second wave of infections, even though they understood the need to buoy the economy.

"I've seen an increasing number of commuters on the train. I worry about a second wave of infections if many people go back to life as normal," said Shizuka Miyakawa, a 61-year-old resident of Sagamihara, Kanagawa, who works for a bank.

Yoshio Hayashi, who lives in Inzai, Chiba Prefecture, said the end of the declaration was necessary for the economy. But "if we take safety into consideration, we could have been more careful about lifting it," the 78-year-old said.