FOCUS: Elderly fight both coronavirus, frailty as emergency drags on

As Japan prepares for at least another month under a state of emergency, its large elderly population faces a double fight -- not just avoiding infection with the new coronavirus but also making sure the very measures taken to protect them do not cause their health to deteriorate.

Increased calls for staying at home to prevent the spread of the virus has seen older people reduce both physical activity and interactions with friends, neighbors and others, raising the risk of falling into a state of physical or mental frailty. 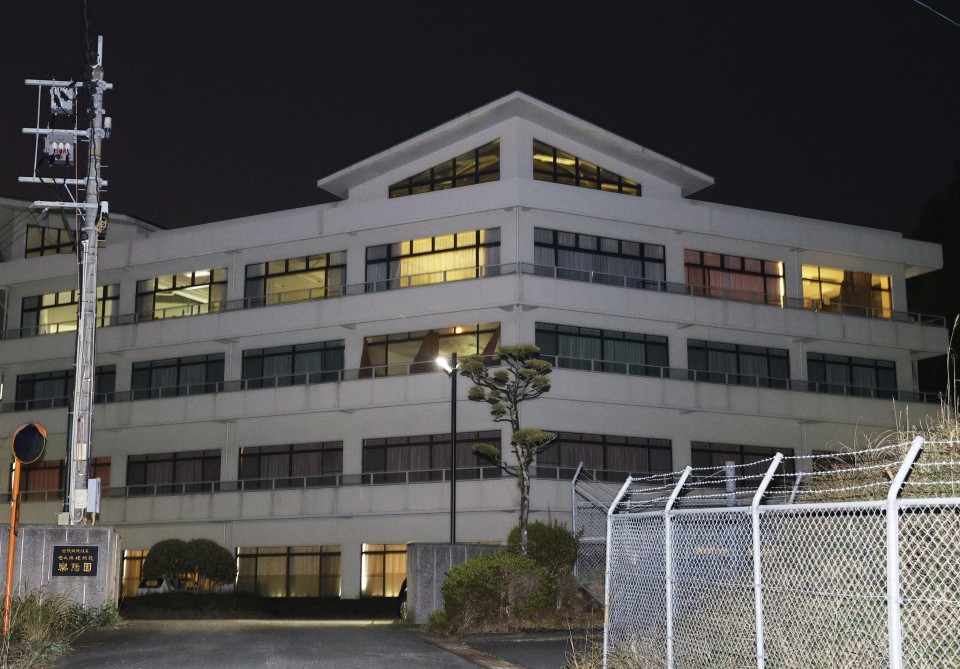 (Photo taken April 2, 2020, shows a welfare facility for elderly people in Fukuoka, southwestern Japan, where a cluster of coronavirus infections involving nursing staff and patients have been confirmed.)

Medical experts are advising elderly people to do some exercise, eat well and stay connected with other people, not necessarily face-to-face but by telephone, mail or via social media, in order to remain healthy.

"Elderly people need to be active even when they stay at home, and there are a variety of ways to do physical activity," Haruo Ozaki, who heads the Tokyo Medical Association, said last week. "When they are confined at home, they risk losing physical strength and becoming frail."

Frailty is defined as the stage between being healthy and needing care, but proper steps can help people prevent and overcome it.

Prime Minister Shinzo Abe on Monday extended the nationwide state of emergency until the end of May in an attempt to curb new coronavirus cases and reduce the strain on hospitals.

Japan has a rapidly graying society in which 28 percent of the total population, or about one in four, is aged 65 or older, an all-time high.

Elderly people and those with underlying health conditions are known to be at a higher risk of developing severe symptoms or dying if they contract the new coronavirus.

The total number of COVID-19 cases in Japan, now at about 16,000, with over 560 deaths, is far fewer than in the hardest-hit countries such as the United States, where cases have topped 1 million, and European countries such as Italy and Spain.

But for Japan's elderly, that good news is tempered by data showing how the mortality rate climbs sharply for the over-60s.

Japan's state of emergency, expanded nationwide on April 16, does not contain compulsory lockdown measures and authorities can only request people to refrain from unnecessary and nonurgent outings.

As countries scramble to contain COVID-19, the World Health Organization is giving adults tips on how to stay active. They include climbing the stairs as much as possible and doing household chores. 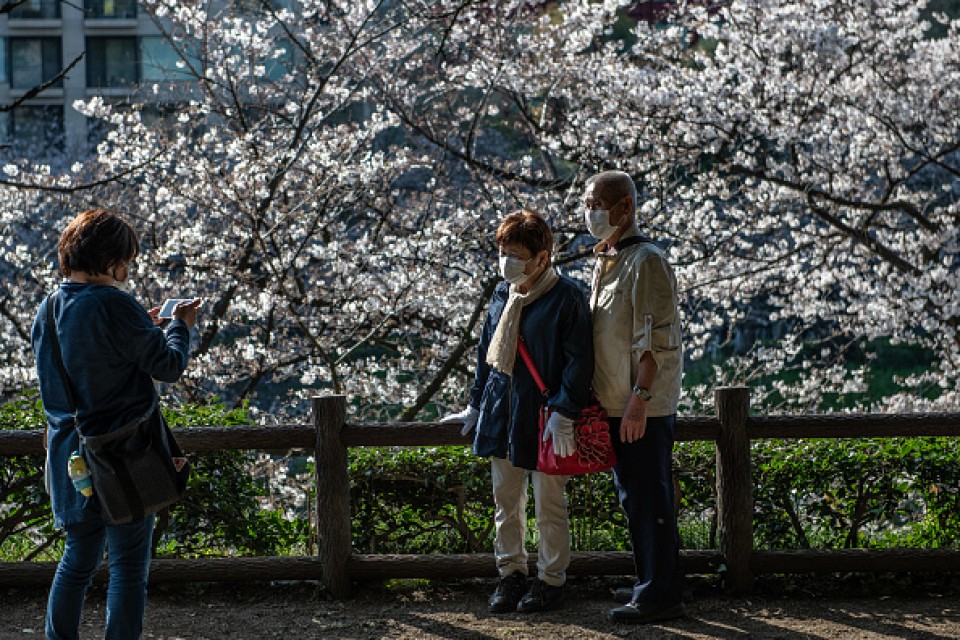 (An elderly couple wearing face masks have their photograph taken next to blossoms during cherry blossom season on March 26, 2020 in Tokyo.)
[Getty/Kyodo]

For older people with poor mobility, the WHO recommends that they should do physical activity on three or more days a week to enhance balance and prevent falls.

A recent survey in Japan has revealed that less than 10 minutes of moderate-to-vigorous physical activity -- walking the dog, playing with children or vacuuming, for instance -- can lower the risk that elderly people will require care in the future.

The research, conducted by the Fukuoka Institute of Technology in cooperation with the town of Sasaguri in southwestern Japan, tracked for six years some 1,600 people aged 65 and above in 2011 who were without functional disability.

With no immediate end in sight to the battle against the virus, a panel of medical experts has recommended that the government take steps to help elderly people, especially those living alone, maintain their health even during the stay-at-home period.

Some municipalities in Japan have already turned to "Radio Taiso," or radio calisthenics, an already familiar practice for Japan's elderly. The short exercise routine to piano music was also used in areas hit by natural disasters to allow people staying in shelters or temporary housing to stay fit.

While Iwate is the only prefecture with no reported coronavirus cases in Japan, the town of Otsuchi there has been broadcasting the tune twice a day via disaster prevention radio since mid-April.