Colorful "daruma" dolls have become popular souvenir items at a local shrine in western Japan's Shiga Prefecture that is known to be a mecca among fans of pop band Arashi.

A good luck charm in Japan, daruma dolls are typically red in color. But here at the souvenir shop at Ono Shrine -- popular among fans because Arashi leader Satoshi Ono's surname is the same as the shrine and he shares the same first name as the priest -- the dolls come in the five colors associated with each member of the idol group. 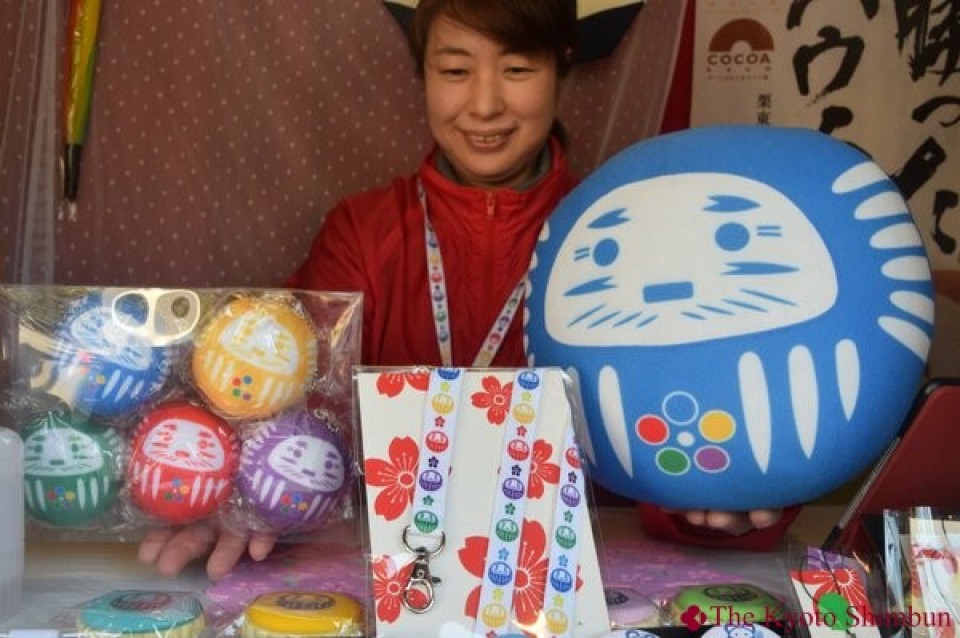 "We hope to be able to support worshippers with their wishes in various ways," said Yumi Tanaka, owner of Ono Cafe Apry, the cafeteria-cum-shop on the shrine's compounds.

The souvenir shop began selling daruma items about three years ago upon requests from shrine visitors after a worshipper made a daruma doll offering to the shrine.

Since then, the shop has come up with about 20 souvenir items such as keychains, pens and button badges bearing daruma motifs in the colors of red, yellow, green, blue and purple.

Last year,  the shop started selling cell phone straps that come with mini-sized daruma plush dolls. The item was so popular that the first batch -- 20 for each of the five colors -- was sold out within a week. Large daruma plush dolls about 25 centimeters tall are also available.