Japan's partial lifting of a state of emergency appears to suggest that its approach to fighting the novel coronavirus based on requests for cooperation rather than a hard lockdown has so far paid off.

Newly reported coronavirus cases have been trending downward since the government asked businesses to temporarily close, and people to refrain from unnecessary outings and to avoid the 3Cs --confined and crowded places, and close contact with people.

But medical experts and local governors have expressed concern that Prime Minister Shinzo Abe's lifting of the national state of emergency for 39 prefectures will send the wrong message that everything will soon return to normal. 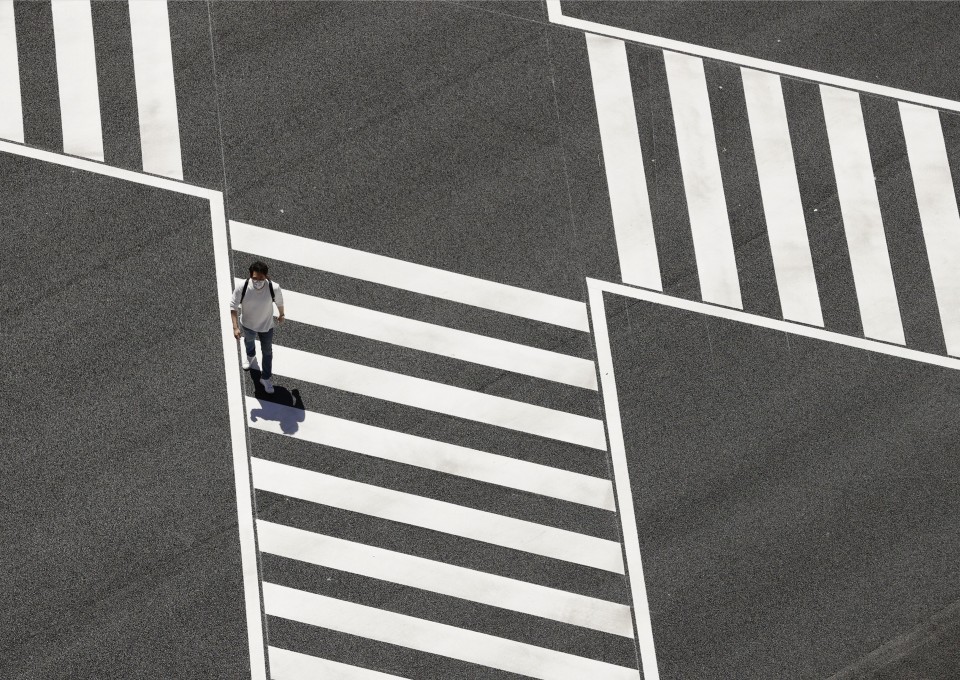 (Fukuoka's Tenjin commercial district in southwestern Japan is deserted on May 13, 2020, a day ahead of the planned partial lifting of a coronavirus pandemic state of emergency.)

They say whether Japan's containment measures through the state of emergency will succeed depends on how people will react to its partial lifting and that vigilance is still needed to prevent another wave of infections.

"It's clear that we will quickly see an expansion phase if people relax vigilance, thinking that they can go back to their everyday lives," said Satoshi Kamayachi, an executive board member of the Japan Medical Association.

"What's important is to keep the number of cases low and prevent it from rising for a while," Kamayachi, a member of a government panel on the coronavirus outbreak, said earlier this week.

The state of emergency does not involve hard lockdown measures and it has been largely up to people's will or conscience to change their behavior.

Japan is not alone in trying to lower COVID-19 cases on the one hand and reduce curbs on economic activity on the other. Britain has started easing its lockdown and New York, hit hard by the virus, is moving toward reopening in phases.

Around the time when Abe declared a one-month state of emergency for Tokyo, Osaka and five other prefectures due to the spread of the virus, it was not rare for Japan to report new cases in the three digits each day, with over 700 at one point.

He then expanded it to the entire nation on April 16 to limit travel during the Golden Week holidays from late April to early May.

Since the end of the holiday period on May 6, the daily reported number of new cases has mostly stayed below 100, with the May 31 deadline to end the state of emergency approaching.

In a government survey conducted between March 31 and April 1 -- prior to the state of emergency declaration, 28.8 percent said they were trying to avoid confined and crowded spaces, and close contact with others.

The percentage rose to 50.9 percent after the declaration, but the health ministry survey targeting users of the Line messaging app still pointed to a difficulty in nudging people to embrace behavioral change. It also showed that the hardest of the 3Cs was to avoid talking to people in close proximity.

Despite the removal of the bulk of Japan's 47 prefectures from the list of emergency areas, the government plans to press its case for the need for physical distancing and a "new lifestyle" as the fight against COVID-19 is expected to drag on.

As Japan strives to end the state of emergency by May 31, the infection situation in urban areas will also come into sharper focus, with the total number of cases nearing 17,000. The movement of people has apparently increased in urban areas since the end of the holiday period, a potentially worrying sign.

"In the case of Tokyo, the effect of staying home prior to Golden Week has begun to appear in the recent downward trend in new cases," Tokyo Gov. Yuriko Koike told reporters, noting that such numbers reflect the situation about two weeks ago due to the incubation period of the virus. 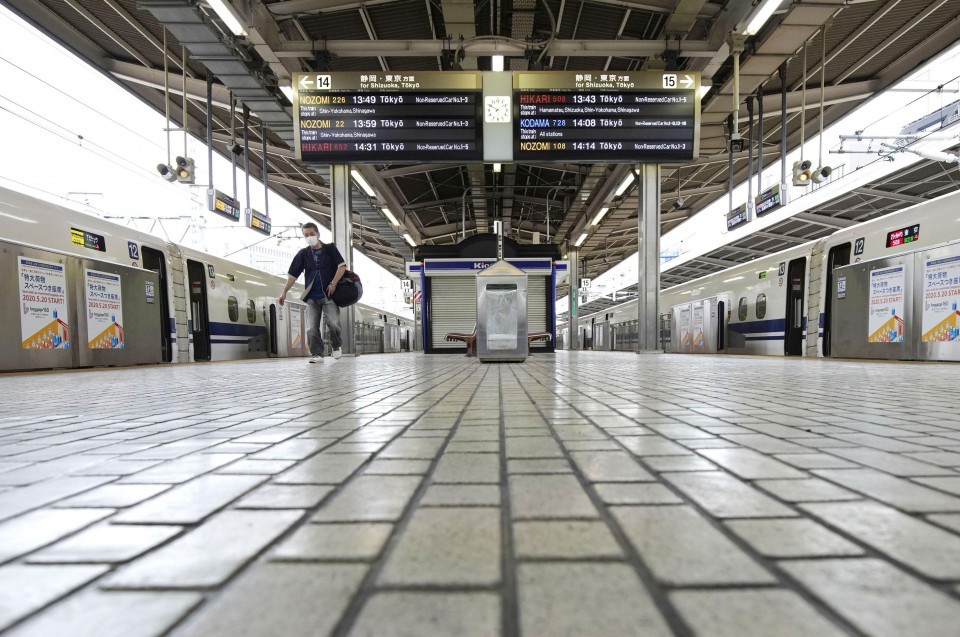 (Shinkansen bullet trains are stranded at JR Nagoya Station in the central Japan city on May 6, 2020, the last day of the Golden Week holidays, after another shinkansen made an emergency stop as an abnormal signal was detected for the braking system.)

"If we become complacent with the numbers, another wave may come in two weeks. We ask people to follow the basics such as social distancing and washing hands," the governor said.

Tokyo is among the eight prefectures that remain under the state of emergency, along with Hokkaido, Chiba, Kanagawa, Saitama, Osaka, Kyoto and Hyogo. The government is expected to re-examine the need to maintain the emergency later next week.

The Japanese capital is the worst-hit among the 47 prefectures, but the daily reported number of new cases stood at 30 on Thursday and medical experts say the recent downtrend has reduced the risk of a collapse in the medical system.

The roughly one-month nationwide state of emergency has also exposed the limits of the current law in dealing with the viral outbreak due to the voluntary nature of requests, especially for suspension of business.

"We can only issue requests and instructions to businesses," Kanagawa Gov. Yuji Kuroiwa said Wednesday.

"Beyond that, we have no ammunition," he said as dozens of pachinko parlors resisted his request to close temporarily. "We need to rework the system so penalties can be imposed for not complying."

Prefectural governors will phase out curbs on business activity providing that proper preventive steps against the virus are in place as Japan still faces a make-or-break moment in its battle against COVID-19.

Medical experts say the recent subsiding of the epidemic should serve as a reminder that each region should get hospitals and testing ready for another outbreak because the virus is still out there.

There is still no vaccine against the new coronavirus even as the country fast-tracked approval for the use of anti-viral drug remdesivir for COVID-19 patients with severe symptoms.

Abe acknowledged that people may have had to go through increasing stress from various restraints in everyday life under the state of emergency.

"Our efforts have surely produced results," Abe said during a televised press conference, adding that adjusting to a "new normal" in the world changed by the coronavirus is more difficult.

"I'm confident we can make it through as long as every one of you cooperates," he said.