Prime Minister Shinzo Abe has enthusiastically promoted anti-influenza drug Avigan as a possible game-changer in the war against the coronavirus, but medical experts have called for caution, citing its side effects and yet unproven efficacy.

"Avigan has already been administered in more than 120 cases and we are receiving reports that it is effective in alleviating symptoms of the novel coronavirus," Abe told a press conference on April 7, referring to the drug developed by a group firm of Fujifilm Holdings Corp. that is currently undergoing clinical tests on coronavirus patients.

"We intend to expand to the greatest possible extent its administration to patients wishing to take it...To make that possible, we will increase our stockpile of Avigan to three times the current level, enough to treat 2 million people," the premier said.

The Japanese government has been raising expectations that the Fujifilm Toyama Chemical Co.-developed drug can be an effective coronavirus treatment, even before clinical tests have shown it to be safe or effective for use in treating sufferers of the COVID-19 disease.

A scientific study in China concluded in March that the drug has been effective for patients, especially among those with mild symptoms. Beijing has said it will officially adopt the drug as part of its treatment guidelines for COVID-19 patients. 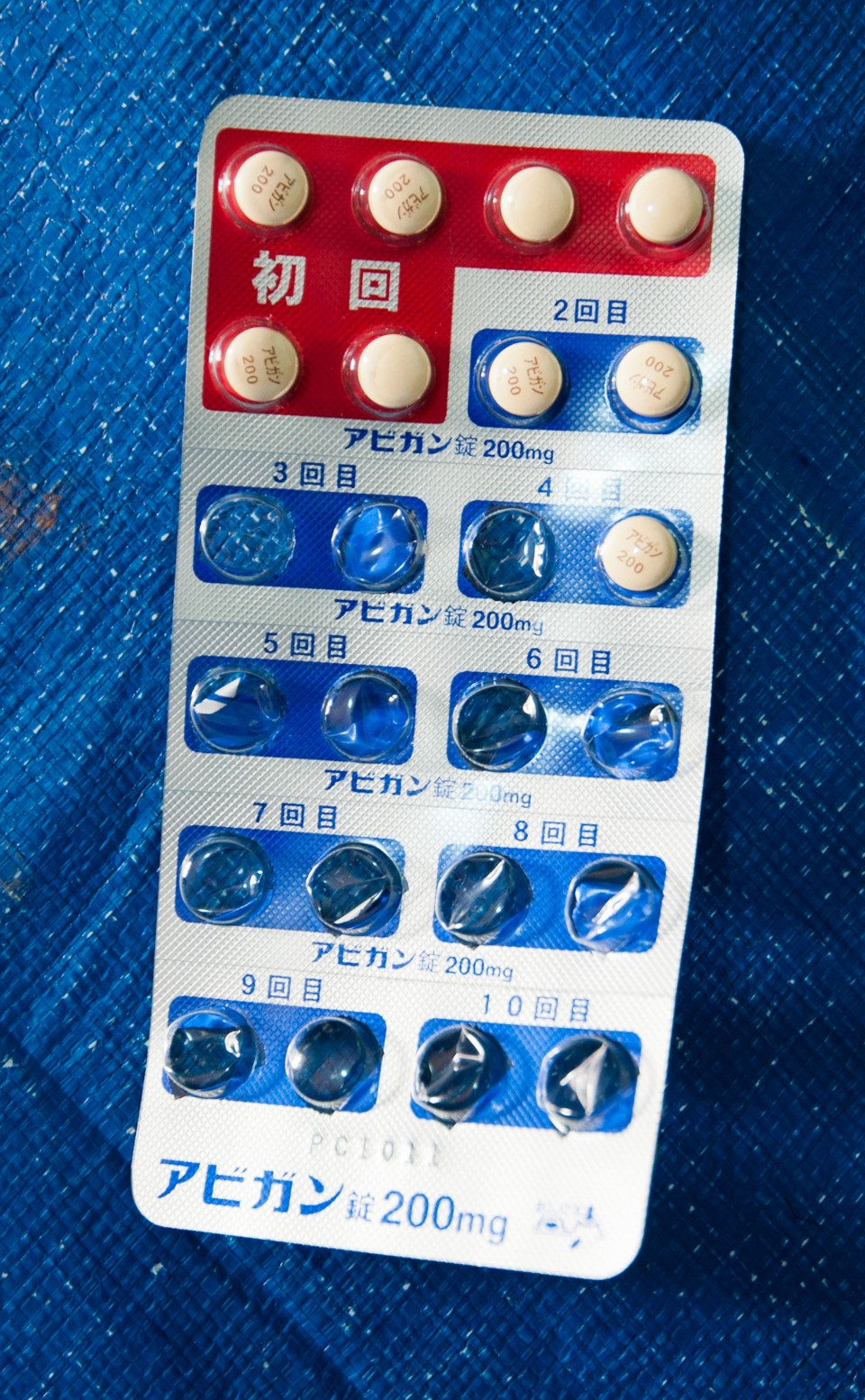 But medical experts warn the drug, also known as Favipiravir, may cause birth defects. It cannot be administered to expecting mothers or those who may become pregnant, while careful consideration must be given to allowing men to take it as it is distributed into semen.

As Avigan can inhibit the replication of the virus in cells, experts say it may bring about improvements for those with mild symptoms or those who have recently been infected. It may, however, be much more ineffective for those in whom the virus has already multiplied widely and are experiencing severe symptoms.

They also said Avigan is just one of the options among other candidates as a treatment for the new coronavirus. Those include anti-viral drug Remdesivir, developed as a possible treatment for Ebola virus disease, Ciclesonide, a drug used to treat asthma, and Nafamostat, used to treat acute pancreatitis.

Regarding U.S. firm Gilead Sciences Inc.'s Remdesivir, The New England Journal of Medicine published a preliminary study by an international team on April 10 showing the drug's effectiveness in some 70 percent of coronavirus patients with severe symptoms.

"It is not like Avigan has shown exceptionally high effectiveness against the new coronavirus among the candidate drugs," said Daisuke Tamura, associate professor at Jichi Medical University.

By giving the impression the drug can be used by anyone, the Japanese government may bring confusion on the ground, Tamura said.

"It cannot be helped, to some extent, as we are in a state of emergency but a decision to use the drug should be made carefully by giving a thorough explanation regarding the side effects," he said.

The Japanese government has also offered to supply the Avigan drug for free to other countries which have shown interest in using it to treat coronavirus patients. Abe said over 30 countries have already requested that Japan provide the drug.

At the behest of the government, Fujifilm has begun increasing Avigan production, aiming to secure by September supply to treat up to 300,000 patients per month, approximately a sevenfold increase from March.

In order to reduce dependence on imports in the wake of the government's Avigan request, suppliers of the drug's ingredients, such as Denka Co., have also decided to ramp up production.

Fujifilm started clinical tests of the drug on coronavirus patients in Japan from late March, with results expected around June. Testing is also under way in the United States and Israel.

Due to the possibility that it causes birth defects, the use of Avigan has been strict. It was approved for manufacture and sale in Japan in 2014.

The drug is considered for use only if the Japanese government approves it as a countermeasure against novel or re-emerging influenza virus outbreaks in which other anti-viral drugs have proven ineffective.

The drug is therefore only manufactured and distributed upon request by the Japanese government and is not distributed in the domestic market or approved for distribution in the United States or in any other country.

Avigan is distinguishable from other anti-influenza drugs as it selectively inhibits the viral RNA polymerase that is necessary for the influenza virus to replicate.

Fujifilm says that due to this mechanism, Avigan may have an anti-viral effect on the new coronavirus because, like influenza, coronaviruses are single-strand RNA viruses that also depend on viral RNA polymerase.