Olympics: Narasaki goes back to basics in bid for sport climbing gold

Reigning world champion Tomoa Narasaki had been confident of winning an Olympic sport climbing gold medal this summer, but with the games now postponed until 2021, the 23-year-old is rethinking his approach.

"There was a part of me that wanted to compete this year," said Narasaki, who won two gold medals at last year's world championships in Japan, and who was gearing up for the maiden Olympics sport climbing competition.

Due to the pneumonia-causing new coronavirus pandemic, domestic and international competitions have been postponed and many training facilities with climbing walls have suspended operations.

Narasaki, however, said his sport's hiatus allows him to do the kinds of training he "can't do when competitions are going on."

On the advice of his coach, he started climbing the 15-meter speed wall 100 times a week. Despite thinking the extremely grueling menu a "joke" at first, Narasaki said he is now making fewer errors.

When sport climbing makes its debut at the Tokyo Olympics, now set to run from July 23 and Aug. 8, 2021, athletes will compete in the combined event, consisting of three segments: speed, lead and bouldering. 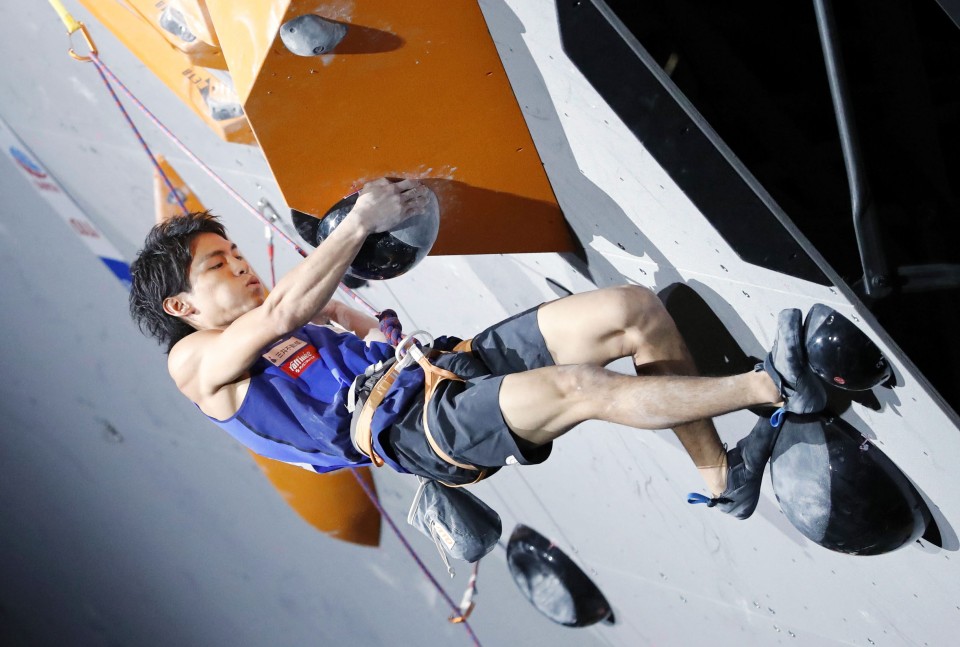 Last August, Narasaki earned an Olympic berth by grabbing the men's combined world championship, finishing first in the bouldering and second in the speed and lead. He also left the worlds with his second world title in bouldering.

He is joined on Japan's Olympic team by veteran climber Akiyo Noguchi, the world silver medalist in the women's combined.

"I had developed a good feel for the quality of my competition," Narasaki said. "But in one year, I won't be able to tell."

Because the combined event requires athletes to have all-around ability, the competitive landscape can change drastically in a year.

It is possible for an athlete who specializes on the speed wall to improve in bouldering and lead and become the medal favorite.

Narasaki, who started sport climbing when he was in elementary school, wants to better his national record of 6.159 seconds on the speed wall to increase his lead over his rivals.

He had aimed to climb the speed wall in less than six seconds by this summer, but he is now gunning to finish in the 5.7 or 5.8 second range for 2021.

"I just need to train with a focus" on the Olympic opening on July 23 next year, he said.