British Prime Minister Boris Johnson returned to work Monday after recovering from the new coronavirus that led to his hospitalization about three weeks ago, warning the public not to let their guard down amid the pandemic.

In a statement outside his office on Monday morning, Johnson said now is the "moment of maximum risk." While Britain was beginning to "turn the tide" against infection, he said it was not yet time to ease movement restrictions due to the "risk of a second spike" in cases. 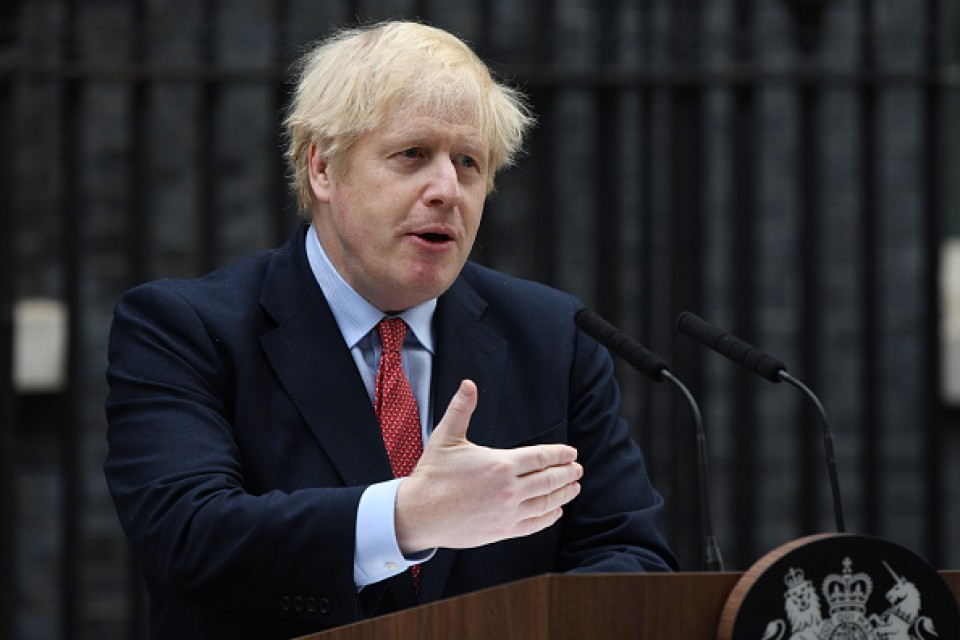 (Prime Minister Boris Johnson speaks in Downing Street as he returns to work following his recovery from Covid-19 on April 27, 2020 in London.)[Getty/Kyodo]

The country has been under lockdown since March 23, with people only able to leave their homes for limited reasons including exercise and shopping for essentials.

Johnson, who announced on March 27 that he had tested positive for the virus, said the illness had kept him "away from my desk for much longer than I would have liked."

He became the first leader among the Group of Seven countries to be infected with the deadly coronavirus, which he has called the "biggest single challenge this country has faced" since World War II.

Johnson was hospitalized on April 5 and later put in intensive care after his symptoms worsened. He was discharged on April 12 and had been recovering at the prime minister's country residence.

Britain has become one of the worst-hit European countries in the pandemic, with 152,840 cases and 20,732 fatalities, according to government figures released Sunday.