Prime Minister Shinzo Abe said Monday that the government will implement its largest-ever economic package worth 108 trillion yen ($989 billion) to help households and businesses suffering from the impact of the new coronavirus outbreak.

The Cabinet on Tuesday will approve the package that will far eclipse the 56.8 trillion yen emergency package at the time of the 2008 financial crisis, according to sources close to the matter.

"I decided to carry out the biggest-ever economic package that will be worth 108 trillion yen, which is equivalent to 20 percent of the country's GDP (gross domestic product)," Abe told reporters. 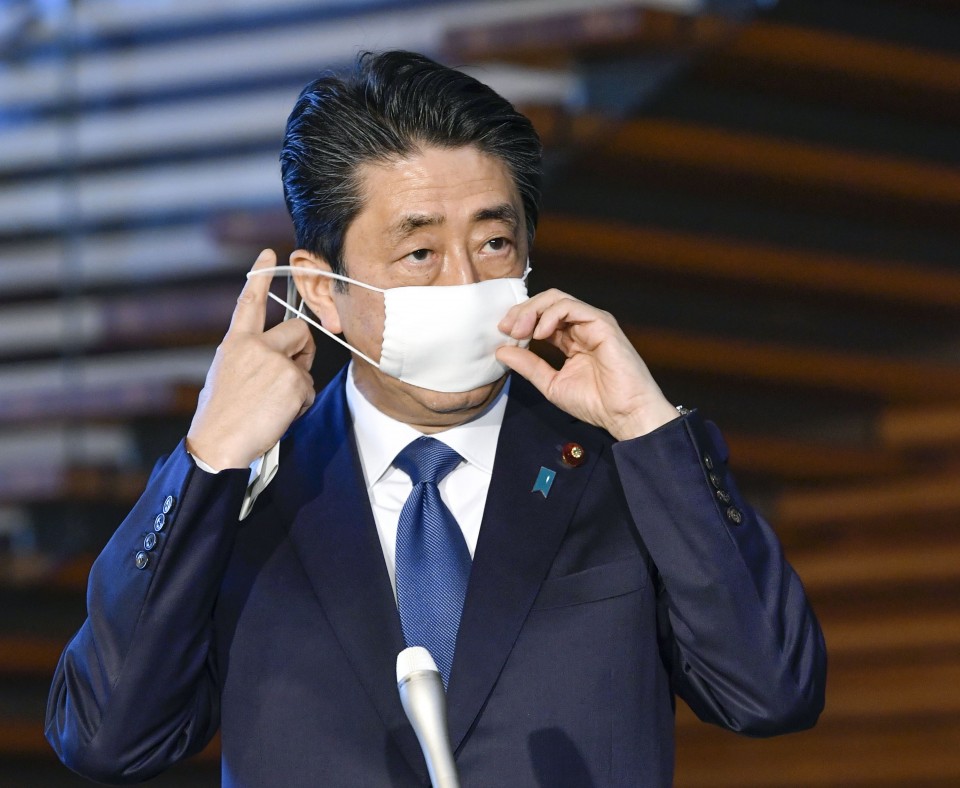 The stimulus measures will include providing a total of 6 trillion yen in cash to struggling households and companies, the premier said.

The approval will coincide with a state of emergency that Abe said he will declare the same day over the virus spread.

The virus outbreak has disrupted supply chains and production and spurred travel bans across the globe, while consumption is sharply dropping amid stay-at-home requests.

Japan faces a growing risk of plunging into a recession, reeling from the pandemic, the aftershock from the October consumption tax hike and the postponement of the Tokyo Olympics and Paralympics.

Some ruling and opposition lawmakers had demanded that the consumption tax rate, which was hiked to 10 percent from 8 percent on Oct. 1 to help fund rising social security costs, be cut. But the government has not taken such a step.

Abe said the government will stockpile the anti-influenza drug Avigan for use in treating two million people infected with the new coronavirus, roughly tripling from the current volume.

The drug developed by a group firm of Fujifilm Holdings Corp. is considered as effective against the COVID-19 pneumonia.