As residents of the central Chinese city of Wuhan on Wednesday left the confines of the city for the first time in over two months, the rest of the world is still evaluating how effective the city's lockdown was in curbing the spread of the novel coronavirus first detected there late last year.

The city of some 11 million had been on lockdown since Jan. 23 in an unprecedented bid to stop the spread of COVID-19, the disease caused by the virus, which has infected over 81,000 and killed nearly 3,300 in mainland China, according to official data. 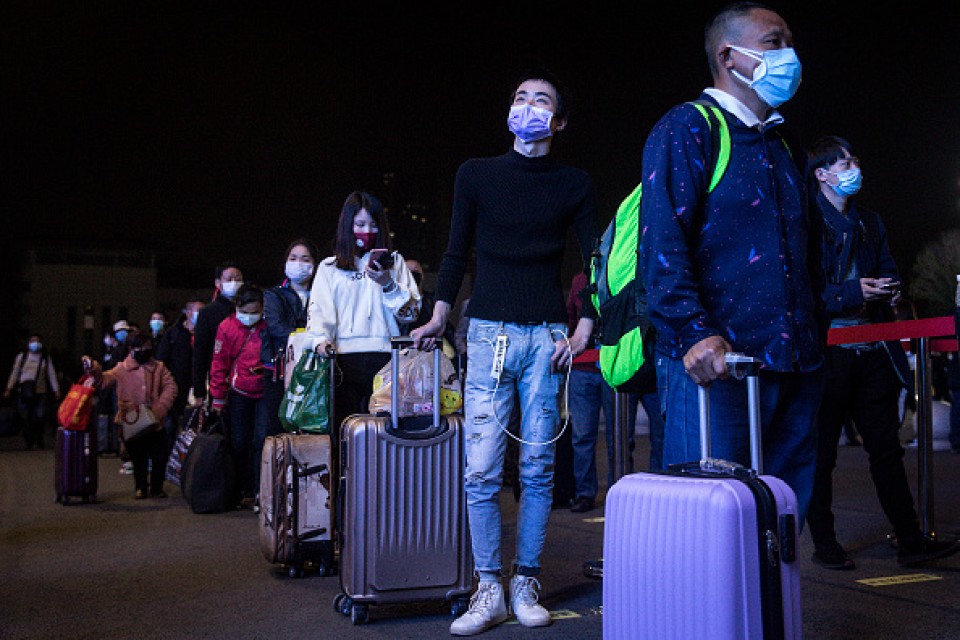 (Passengers line up to enter Wuchang railway station on April 7,2020 in Wuhan, Hubei Province, China. The Chinese government lifted travel restrictions from April 8, after almost 11 weeks of lockdown to stem the spread of COVID-19.)[Getty/Kyodo]

The sweeping measures, often referred to as "draconian" and initially criticized as inhumane by overseas media outlets, officials and health experts, have led the country to effectively declare victory over the pandemic amid dwindling symptomatic infection cases in recent weeks.

But for residents of Wuhan, once the epicenter of the COVID-19 outbreak with over 50,000 infections and 2,500 deaths, it was no walk in the park.

On Jan. 20, nearly a month after local doctors began calling attention to a number of mysterious pneumonia cases, President Xi Jinping pledged to take "decisive" steps to prevent the spread of the virus. But little did the millions of residents of Wuhan know how such steps would impact their lives.

Authorities in Wuhan suspended all outgoing transportation services, including trains and airplanes on Jan. 23, one day ahead of the Lunar New Year holiday during which nearly one-third of the 1.4 billion Chinese population was expected to travel home and abroad.

By the time the city, a major business and transportation hub, was closed off, the virus had spread to nearly every provincial-level region in China as well as abroad to parts of Asia and the United States. Mainland China had over 600 confirmed infection cases and at least 17 deaths.

In Wuhan, an estimated 5 million people had already left the city while 9 million people, as well as those transiting through, were trapped with only a couple hours' notice, Zhou Xianwang, the city's mayor, later revealed.

The nearby cities of Huanggang and Ezhou also announced similar measures later the same day while provincial authorities in Hubei, of which Wuhan is the capital, also introduced provincewide restrictions in a separate announcement, freezing some 60 million residents in place for the next two months. 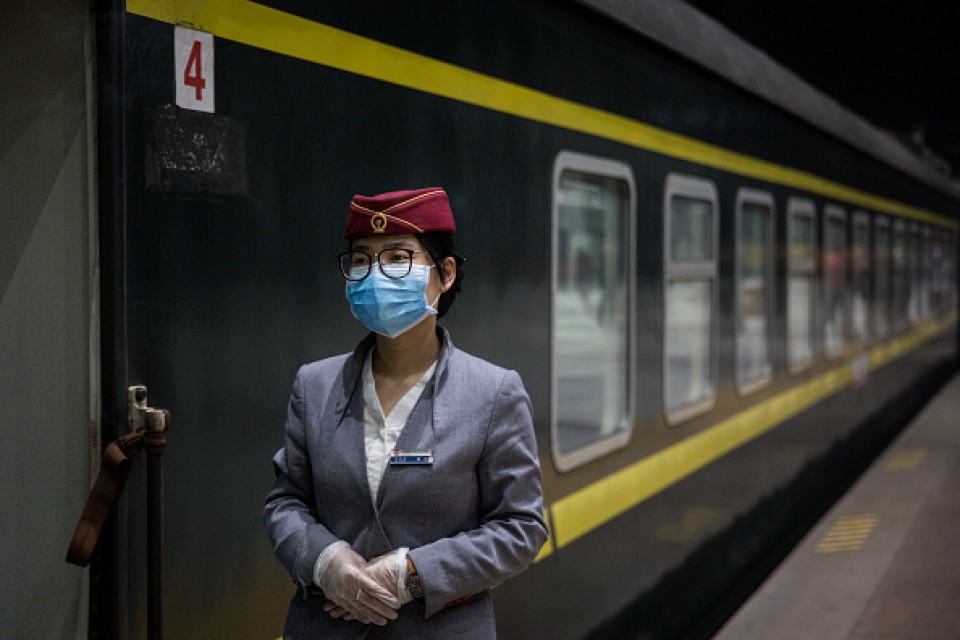 (Trainman on duty while the train from Xi'an to Guangzhou stops in Wuhan on April 8,2020 in Wuhan, Hubei Province.)[Getty/Kyodo]

Compared to what the public knows today, very little was known about the virus at the time, as Chinese health authorities had only just confirmed transmission between humans, with no clear answers regarding how deadly or infectious the disease caused by the virus could be.

Many angry and confused Wuhan residents took to social media sites to voice frustration as well as fear over suddenly being confined indefinitely in a city with hospitals overrun by infectious patients suffering from a disease with no cure.

Several residents described going from hospital to hospital and waiting hours in line, only to be sent home with some medicine and instructions to return in a couple of days if symptoms worsened.

The day after the lockdown began, construction on Huoshenshan Hospital, the first of 16 public facility-turned-temporary hospitals built to alleviate the strain on existing facilities, began and proceeded at an astonishing speed as millions watched on livestream.

Within 11 days, the two-story 1,000-bed infirmary was up and running, treating hundreds of COVID-19 patients.

But weeks into February, the virus still showed no signs of abating with thousands of infections reported day after day.

Although multiple changes in the country's diagnostic criteria make it difficult to accurately track infection trends, Wuhan hit its record number of newly confirmed cases on Feb. 12 when it reported over 13,000 COVID-19 patients in a single day, according to official data.

At the time, even patients with severe symptoms were left with no choice but to wait an average of 9.8 days for a hospital bed, according to state-run Xinhua News Agency.

During the height of the lockdown, Wuhan residents were completely barred from stepping outside of their home, not even allowed to go grocery shopping and they were consequently completely reliant on designated neighborhood committees who delivered daily necessities to them.

Just one week later on Feb. 19, the number of daily infections reported in Wuhan dropped to three digits and another two weeks later to two digits, prompting Xi to visit the city in mid-March for the first time since the outbreak.

The 16 public temporary hospitals, after receiving more than 12,000 patients with mild COVID-19 symptoms, were closed on the same day as Xi's visit, signaling the central government's mounting confidence that it had brought the epidemic under control.

On March 19, the city once known for its hot dry noodles and avenues of cherry blossoms, recorded zero infections for the first time since the outbreak, prompting authorities to announce an end to the 76-day lockdown later that month.

Ahead of Wednesday's lifting of the lockdown, the tens of thousands of medical workers flown into Wuhan from other cities had left, while subway and bus services had resumed along with many businesses.

While some researchers say China's decision to lock down Wuhan may have prevented more than 700,000 new cases of the virus from spreading outside the city, critics including U.S. officials remain skeptical of the country's infection numbers.

Those critics say Beijing may be underreporting the total number of infections and deaths linked to the outbreak.

Also, contrary to World Health Organization guidelines, China's official tallies exclude asymptomatic cases, patients who tested positive without showing any symptoms, making it difficult to see with more clarity the extent to which the virus spread both within the city of Wuhan and mainland China.

China began publishing asymptomatic cases in its daily coronavirus update last week, in response to mounting public fears that "silent" carriers may trigger another wave of infection as more people return to work after lockdowns are relaxed.

According to a South China Morning Post report on classified Chinese government data, more than 43,000 asymptomatic cases confirmed in China by the end of February were excluded from the official tally.

While the Wuhan lockdown may have slowed the spread of the virus domestically, it did not contain the virus from spreading internationally. The virus has so far spread to over 200 countries and regions with over 1.28 million confirmed cases and 72,000 deaths so far, according to data from the WHO.

(Tomoyuki Tachikawa in Beijing contributed to this story.)