A close aide of ruling party lawmaker Anri Kawai postponed entering a plea Monday during the first hearing of his trial over an election campaign payment scandal, which could possibly lead to her having to give up her parliamentary seat.

The defense counsel of Hiroshi Tatemichi, a 54-year-old state-paid secretary of Kawai, who was elected to the House of Councillors last July, said he will enter a plea in an upcoming hearing at the Hiroshima District Court.

Tatemichi was indicted in late March over payments of around 2.04 million yen ($18,900) in total to 14 staffers who campaigned for Kawai between July 19 and 23 last year, exceeding the daily legal cap of 15,000 yen per person. 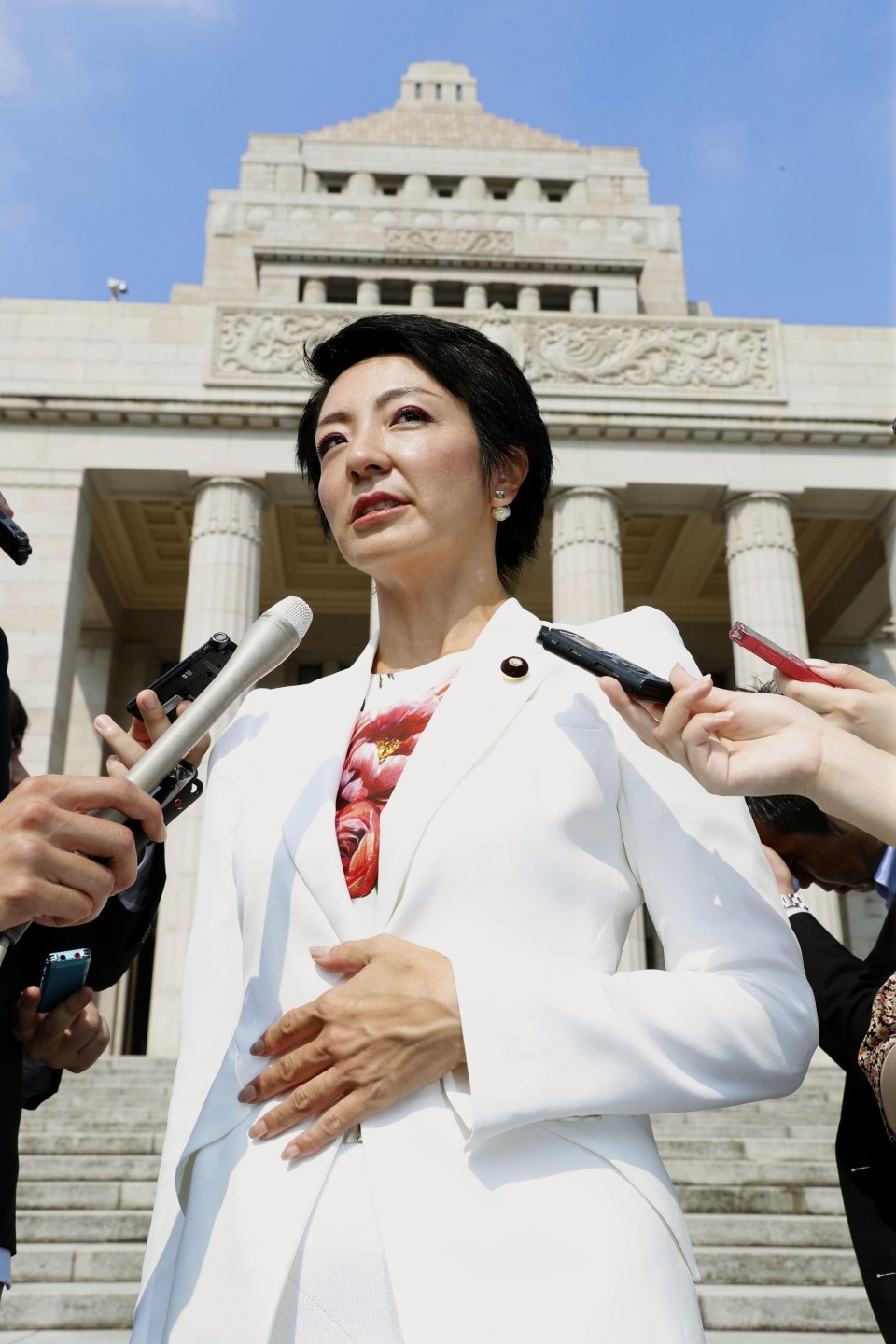 Prosecutors have deemed him as her campaign manager and asked the court to end his trial within 100 days, a procedure applicable to certain election law violations in Japan.

The penalty for unlawful payment of rewards to campaign staff is a jail term of up to three years, with or without labor, or a maximum fine of 500,000 yen.

If Tatemichi is found guilty and given a jail term, and the prosecutors' request for the application of guilt by association to the election law is endorsed by a court, the 46-year-old lawmaker could lose her seat in the Hiroshima constituency, which she won on a ruling Liberal Democratic Party ticket.

She will also be barred from running for election to the upper house in the same district for five years.

Shinsuke Takaya, 43, a policy secretary of Kawai's husband and former Justice Minister Katsuyuki Kawai, 57, has also been indicted on the same charge as Tatemichi. But his case will be dealt with in a separate trial.