Many new recruits at public offices, companies and other organizations marked their first day at work on Wednesday, the start of the new fiscal year, but entrance ceremonies were scaled back, postponed or canceled altogether because of the spread of the new coronavirus.

In Tokyo, the city with the largest number of confirmed coronavirus cases among Japan's 47 prefectures, the metropolitan government called off a ceremony for some 1,600 new hires, with Gov. Yuriko Koike instead delivering an online video message. 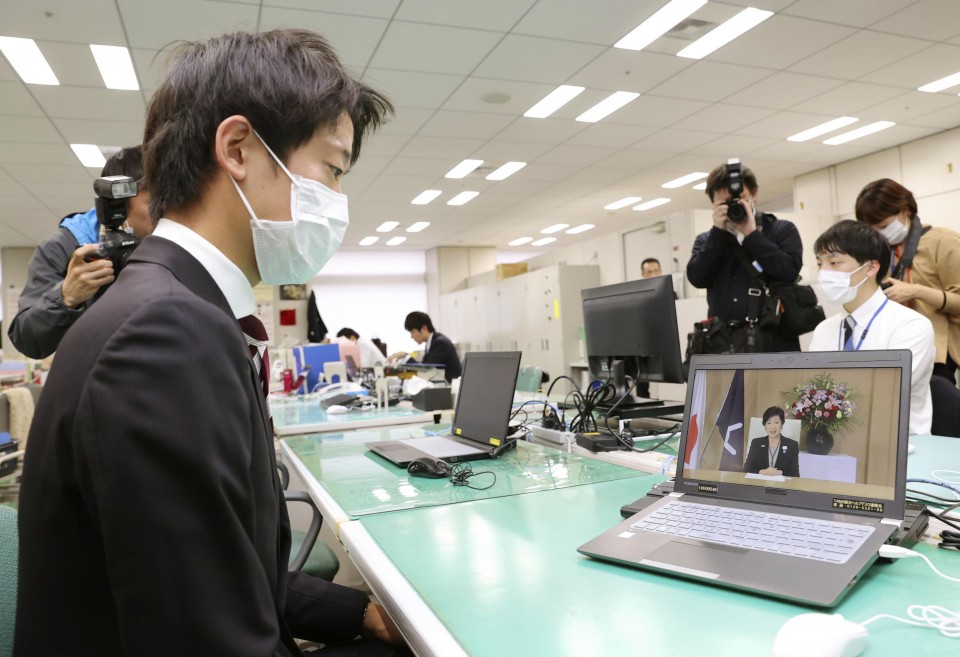 (One of the new employees of the Tokyo metropolitan government offices is pictured with a monitor showing Tokyo Gov. Yuriko Koike speaking online on April 1, 2020, in Tokyo. The annual entrance ceremony for new employees was canceled amid the spread of the novel coronavirus.)

"We want to overcome the battle against the invisible enemy and lead next year's Tokyo Olympics and Paralympics to success," Koike said as new employees watched at their respective workplaces.

The metropolitan government initially planned to hold a scaled-down ceremony at the government office, but canceled it following the escalation of the viral outbreak.

The metropolitan government usually uses Tokyo Metropolitan Theatre, which holds around 2,000 people, in Tokyo's Toshima Ward for its entrance ceremony.

New employee Junichiro Kiso, 26, said, "The Olympics have been postponed, but I'd like to see this as more to prepare and appeal to the world." 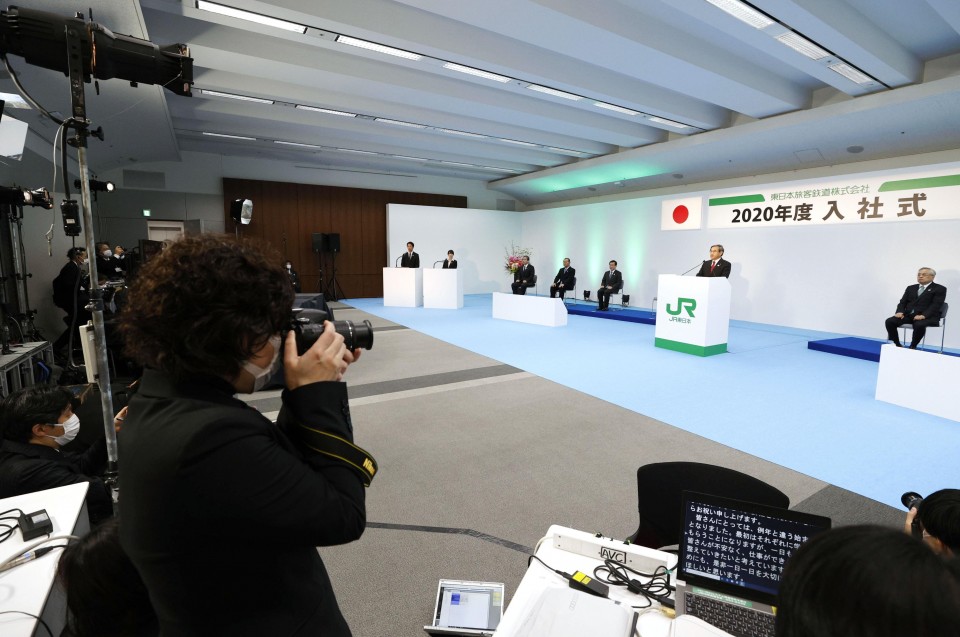 (East Japan Railway Co. President Yuji Fukazawa (at the podium) speaks in Tokyo on April 1, 2020, during an online entrance ceremony for new employees.)

Environment Minister Shinjiro Koizumi delivered a video message to new employees after his ministry called off their entrance ceremony, while the Ministry of Health, Labor and Welfare postponed its ceremony to deal with the viral outbreak.

The Ministry of Education, Culture, Sports, Science and Technology went ahead with a ceremony for 60-plus new employees, but took steps to prevent viral infection, such as by spacing chairs far apart.

Some companies are nulifying their job offers for new recruits due to the outbreak of the virus, with the labor ministry confirming there had been 22 cases of job offers being withdrawn, impacting 33 people, as of Monday.

There were five new entrants at Sanriku Railway Co. in the northeastern Japan prefecture of Iwate., where the company operates a train service along coastline devastated by the March 2011 earthquake and tsunami.

"Santetsu is the symbol of the recovery. I hope to do my part to cheer up the people who went through sad times because of the disaster," said 22-year-old Hitomi Sasaki from the town of Otsuchi. 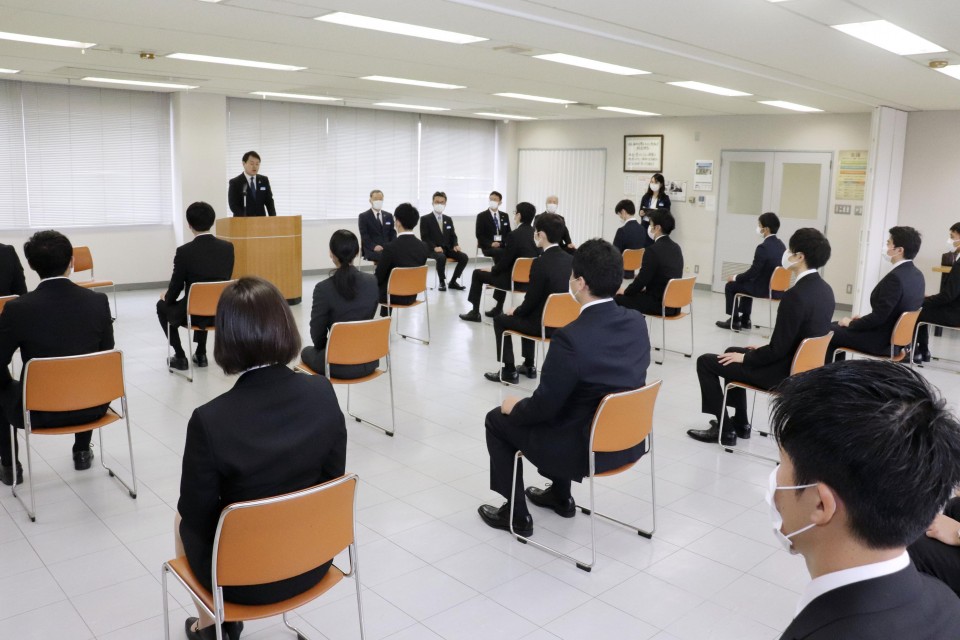 (New employees of Nihonkaigas Kizuna Holdings Co. in Toyama, central Japan, sit on seats arranged to keep a distance from each other while attending a scaled-down entrance ceremony on April 1, 2020.)