The Japanese government on Monday submitted to parliament a 25.69 trillion yen ($240 billion) reworked supplementary budget to fund a package of emergency measures aimed at mitigating the economic fallout from the coronavirus pandemic.

The draft budget, approved by the Cabinet on April 20, was boosted from the original 16.81 trillion yen due to a sudden policy shift by Prime Minister Shinzo Abe to provide 100,000 yen to all residents instead of a plan to give 300,000 yen to households whose income had fallen sharply. 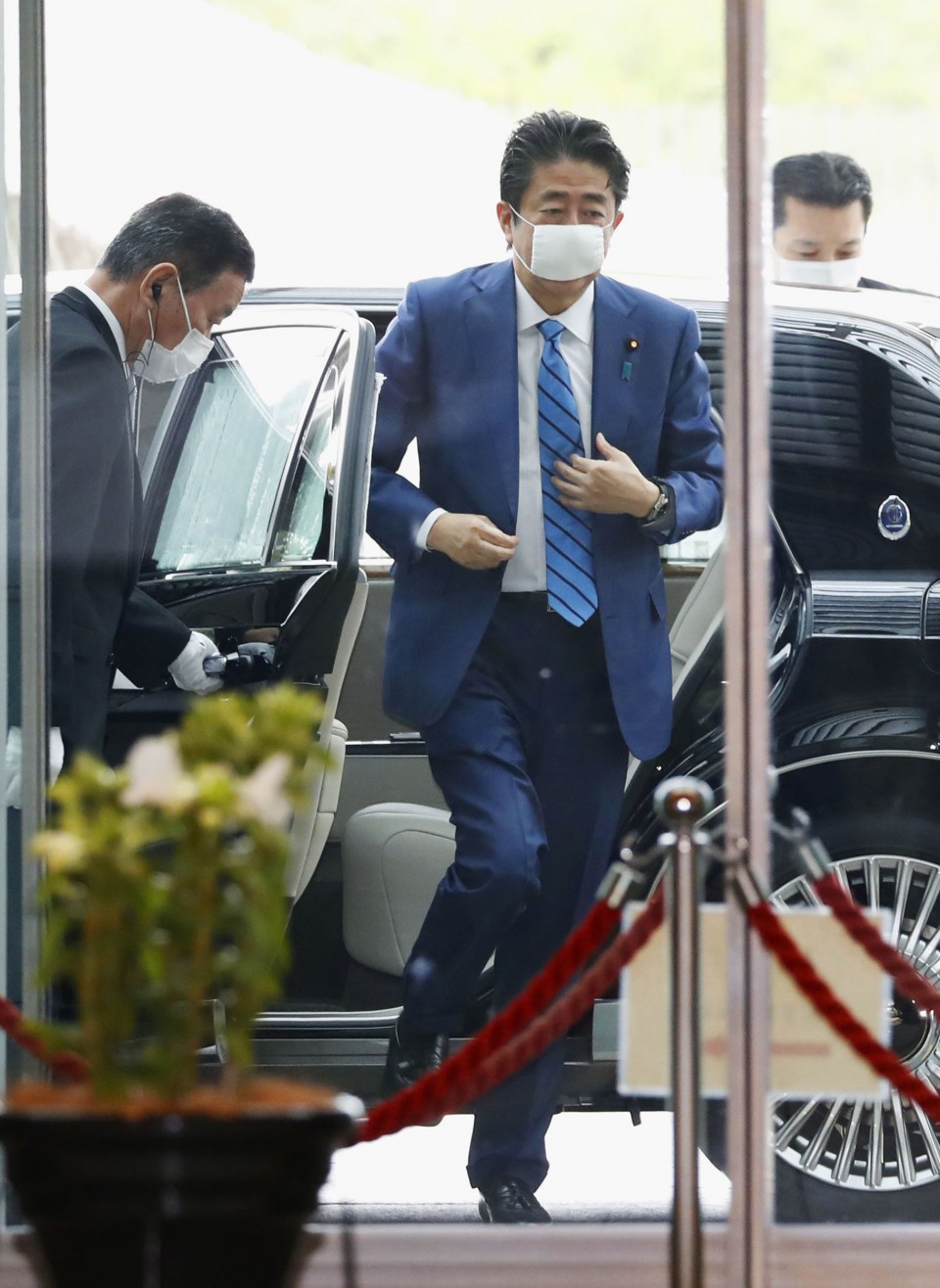 (Japanese Prime Minister Shinzo Abe arrives at his office in Tokyo on April 27, 2020.)

The extra budget for fiscal 2020 is expected to be approved by the House of Representatives on Wednesday, even though the day is a national holiday, and to be enacted on the following day after passage in the House of Councillors.

"The virus infections have been exerting an enormous impact on the domestic and overseas economies, and the extremely severe situation is expected to continue until we can see signs of the outbreak coming to an end," Finance Minister Taro Aso said in a speech to the lower house.

Calling for swift approval of the budget, Aso said, "We've decided to take every possible policy measure such as fiscal, financial and taxation steps, without being bound by precedents."

Aso also vowed to "fully protect employment, businesses and livelihoods" by introducing policies such as the universal cash handout plan.

It will be the first time for the Diet to convene a session on a weekend or national holiday in about nine years. The last time it did so was to deliberate a draft extra budget following the 2011 massive earthquake and tsunami in the country's northeastern region.

It has been drafted to partially fund an overall economic package to tackle the pandemic that has been scaled up to 117.1 trillion yen from 108.2 trillion yen, with the new cash handout program for some 126 million people in Japan requiring an additional 8.88 trillion yen.

The package also includes loan programs and deferred tax payments. To finance it, the government will issue 23.36 trillion yen of deficit-covering bonds.

On April 17, Abe replaced the plan to give 300,000 yen to struggling households with the across-the-board 100,000 yen cash handout program, yielding to pressure from Komeito, the junior coalition partner of his ruling Liberal Democratic Party.

The revision came on the day Abe expanded the state of emergency beyond Tokyo, Osaka and five other prefectures to all of Japan in an attempt to prevent the further spread of the virus.

Among other measures in the package are subsidies of up to 2 million yen for sole proprietors, including freelancers, and midsize companies whose revenues have fallen significantly since the outbreak of the virus.

The government will also extend special subsidies worth 1 trillion yen to local governments so they can financially support companies that comply with authorities' requests to suspend operations under the nationwide state of emergency through May 6.

About 13.9 billion yen will be used to triple the national stockpile of the anti-influenza drug Avigan, which may be effective in treating the respiratory disease caused by the coronavirus, to ensure there is enough to treat 2 million people.

Developed by a group firm of Fujifilm Holdings Corp., the drug is being tested as a treatment for COVID-19 after studies in China suggested its efficacy.

The total size of the latest steps far exceed the emergency package worth 56.8 trillion yen compiled in April 2009 to counter the effects of the global financial crisis following the collapse of Lehman Brothers Holdings Inc. the previous year.