A month after a coronavirus-forced postponement, Japan remains far from staging a "safe and complete" Olympics and Paralympics in Tokyo in the summer of 2021.

Prime Minister Shinzo Abe has had to face up to a roughly 10-fold rise in coronavirus infections in Japan over the month, an increasingly stretched health care system and slowing economic activity as the country toils under the nationwide state of emergency he declared earlier in April.

The global coronavirus pandemic that led to the one-year delay to the Olympics has laid bare an intensifying rivalry between Abe -- criticized for his slow response to the crisis -- and Tokyo Gov. Yuriko Koike, busy polishing her "commander-in-chief" image. 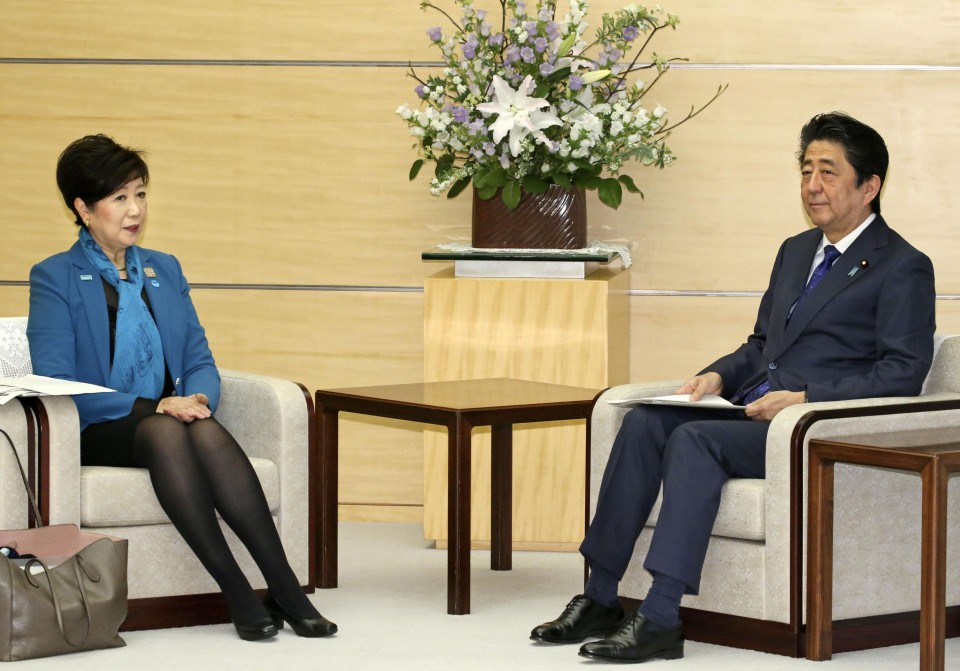 "Ms. Koike is coming off as a leader who gets the job done on coronavirus while Mr. Abe's leadership is being questioned," said Naoto Nonaka, a professor at Gakushuin University, and specialist in comparative politics. "He may not like it, but he has to work with her to make the Tokyo Olympics a success."

"It's shaping up to be a very tough year for Abe because we know that the economy is going to get worse and worse, and all the while it's anybody's guess when the coronavirus pandemic will end," he said.

The postponement, announced March 24, has created issues, from what to do with additional costs for the 1.35 trillion yen ($12 billion) Olympics, to how to inject life into an economy teetering on the edge of recession amid the spread of COVID-19.

What remains the same is the necessity for close coordination between the central and metropolitan governments, or Abe and Koike.

The Summer Games are of great importance to Abe, who still recalls the 1964 Tokyo Olympics he saw at the age of 10, which were meant to showcase Japan's recovery from the ashes of World War II.

Having failed to deliver on his promises to resolve postwar diplomatic issues with Russia and North Korea, and attain his goal of constitutional revision, Abe, who heads the Liberal Democratic Party, is seen as counting on the Olympics from July 23 next year as one of his major legacies.

The increased spotlight on Koike gives Abe good reason to worry about a rerun of the political drama that started unfolding when the then LDP member ran for Tokyo governor in 2016. 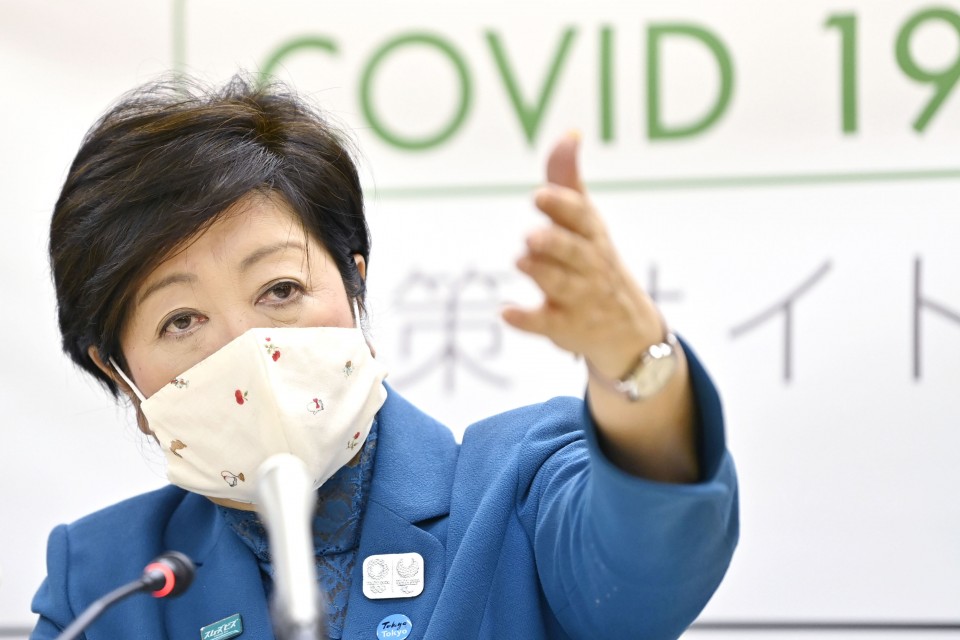 Now Koike is widely expected to seek a second term in the July 5 gubernatorial election.

Since running for governor without party approval, Koike has been at odds with the LDP's Tokyo chapter, which she criticized as a "black box," clashing over high-profile issues including the relocation of the Tsukiji fish market.

Still, her supporters dominate the Tokyo metropolitan assembly and she works closely with members of Komeito, the LDP's junior coalition partner.

After the International Olympic Committee announced the postponement of the games, signs emerged of the LDP local chapter and Koike burying the hatchet over a long-standing confrontation.

On March 27, LDP members sitting in the Tokyo metropolitan assembly approved a budget plan for the first time in three years.

Abe's trustee Toshihiro Nikai, the LDP's secretary general, supports Koike, who he said has been doing a "terrific job" as governor.

For Koike, too, forging good working relations with the LDP and the prime minister's office has its merits.

"It may be the case that Koike is setting her sights not only on another term as Tokyo governor but also on her future return to national politics," said Yu Uchiyama, a political science professor at the University of Tokyo.

Nonetheless, Uchiyama cautions there is simmering resistance within the LDP Tokyo chapter over headquarters' support for Koike, saying it remains an open question as to whether the recent thaw will continue.

Critics say Koike is using her increased media exposure as leverage ahead of the gubernatorial election.

She recently scored a partial victory, in a face-off with the central government, over the scope of business closures that should be targeted under the state of emergency.

The 67-year-old former television news anchor also gives regular COVID-19 updates on YouTube, in Japanese and English, and has appeared with popular YouTuber Hikakin to reach out to young Japanese whose cooperation is vital in preventing an explosive surge in infections in a city of about 14 million people.

That contrasts with the 65-year-old Abe, who has failed to brush aside criticism about his "too little, too late" response to the coronavirus outbreak, while media polls show his support ratings have fallen. 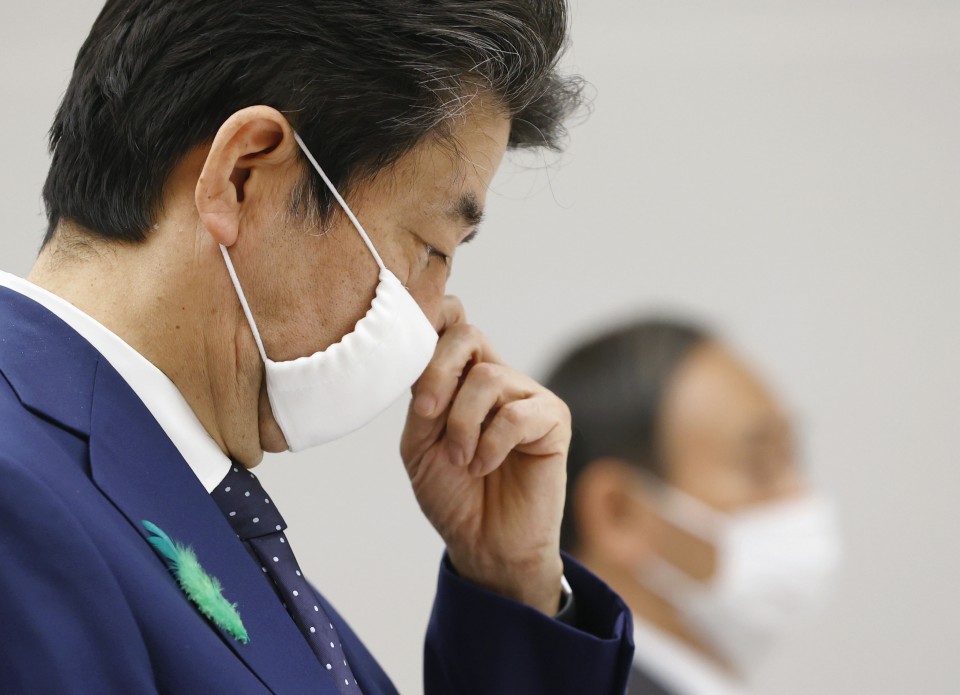 The recent posting on social media of a video, in response to one by Japanese singer Gen Hoshino, showing him relaxed, petting his dog, sipping from a teacup and reading a book, backfired despite his intent to deliver the message that staying home is necessary to curb the number of new cases.

"Protecting the capital means protecting Japan," Koike told reporters in late March, after meeting with Abe at his office.

Abe's term as head of the ruling party runs through September 2021, and if the Tokyo Olympics are held as planned it is highly likely he will remain prime minister.

Before the change to the Olympic schedule, there was speculation that Abe would dissolve the House of Representatives for a snap election, with the nation basking in the afterglow of the Tokyo Games. Political observers now say an election in the spring of 2021, prior to the sporting showpiece, is a possibility.

As recently as March 28, Abe said his focus was on containing the coronavirus, adding "I will put (the election issue) out of my head completely."

Hitoshi Komiya, who is well versed in modern political history, said Abe would never miss out on the opportunity to go down in history as the leader who made the Tokyo Olympics possible after fighting an unprecedented battle against the virus. 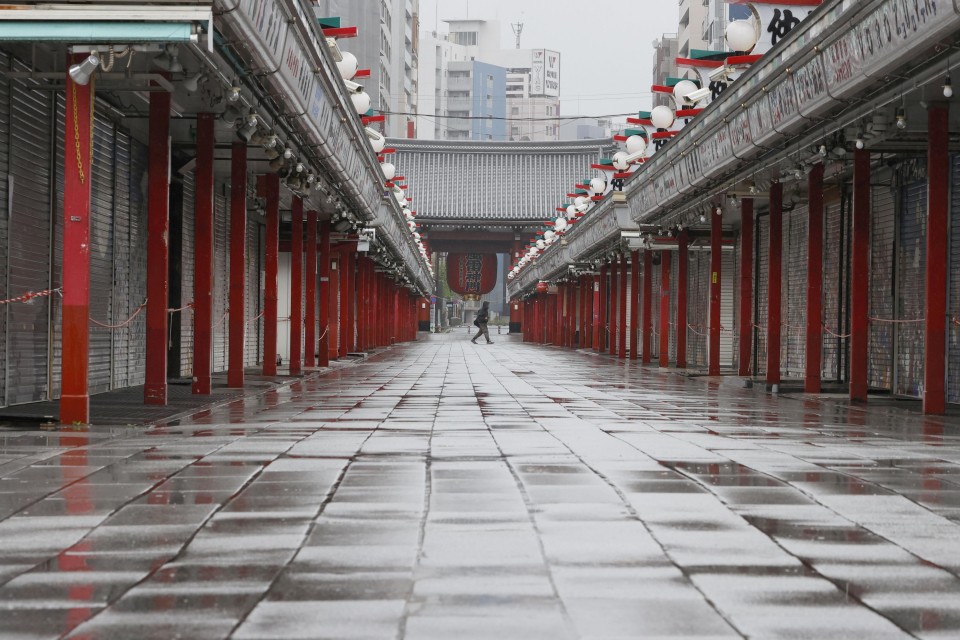 But the longer the epidemic continues, the more negative it will become for Abe and the LDP.

"Mr. Abe has been more or less synonymous with a strong economy. But if the economy falters, and he fails in crisis management before the Olympics, voters would find no strong reason to keep him," said Komiya, a professor at Aoyama Gakuin University.

"Ms. Koike is now a bigger influencer than before and trying to stay on good terms with her is a plus for the LDP," he said.