The Tokyo metropolitan government on Monday reported 83 new coronavirus cases following two days of three-digit increases, as it continues to grapple with a recent spike in the number of infections.

The new tally comes as Prime Minister Shinzo Abe is set to declare a state of emergency for Tokyo and six other prefectures as early as Tuesday to step up efforts to curtail the spread of the virus.

Of the 83 new cases, infection routes of 73 have not been identified, while there were no reports of fatalities or seriously ill patients among them, the metropolitan government said. By age group, patients in their 20s to 40s totaled 54. 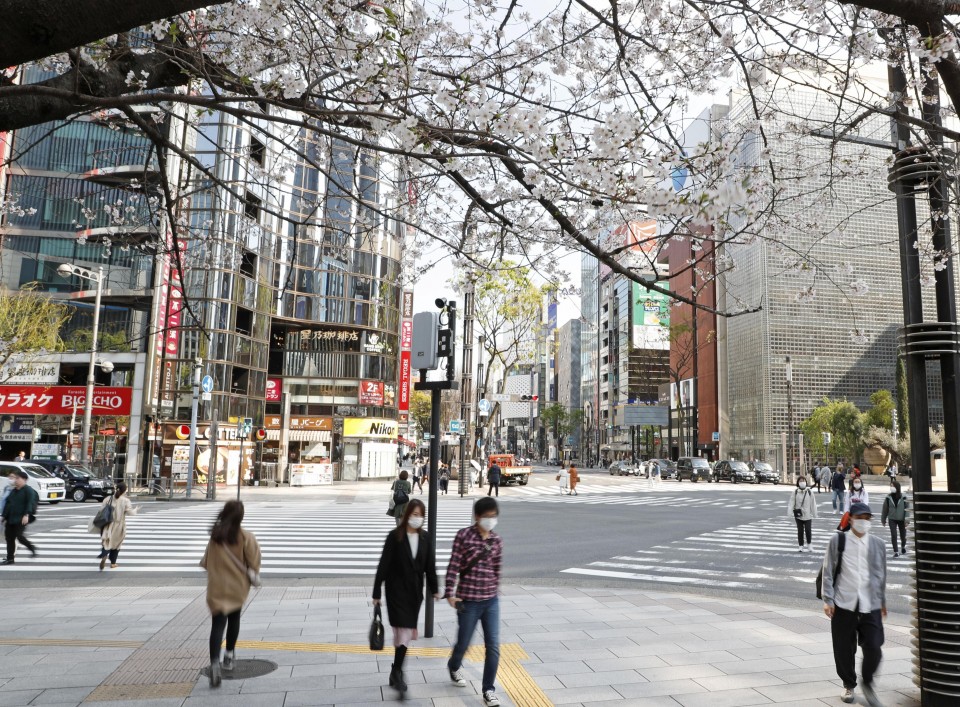 "Please understand it is a measure to protect you, your family, and society. Please act properly," Tokyo Gov. Yuriko Koike told a press conference and again requested residents in the Japanese capital to refrain from going out for nonessential reasons.

With the number of infections continuing to rise in major cities like Tokyo and Osaka, Abe said the emergency declaration will be effective until May 6 and cover these two areas as well as the prefectures of Chiba, Kanagawa, Saitama, Hyogo and Fukuoka.

Once declared, prefectural governors will be able to tell the public to stay at home and request the closure of schools and other facilities.

Touching on the forthcoming declaration, Koike said that "it does not involve suspension of public transportation, and it is not a citywide lockdown as seen overseas."

Monday's figure brought the total number of confirmed coronavirus cases in Tokyo to 1,116 after it logged the highest rate of increase on record for daily infections on Sunday at 143, compared with 117 the previous day.

"There is a tendency for the number of people who visit hospitals to fall during the weekend as medical institutions scale down their services," a Tokyo official said, referring to a possible reason for the latest lower figure.

Among confirmed coronavirus patients, 1,034 remain in hospitals. The others have been discharged or have died.

The metropolitan government will begin transferring patients with mild or no symptoms from hospitals to designated hotels and other lodging facilities on Tuesday as it wants to prioritize treatment for patients with severe symptoms.

The health ministry asked prefectural governments across Japan last week to consider securing hotels or preparing facilities to accept patients with mild or no symptoms.

The metropolitan government said it has requested a disaster relief dispatch by the Ground Self-Defense Force to support infected people and the Defense Ministry is set to send about 10 personnel.

Overall in Japan, the number of infections has surpassed 4,700, with 108 deaths.