China's health authorities on Sunday said that the number of hospitalized COVID-19 patients in Wuhan, the central Chinese city hardest hit by the epidemic, has dropped to zero.

It is the first time for there to be no cases being treated in hospitals in the city since the epidemic erupted in Wuhan late last year.

The result was achieved on the back of the combined efforts of medical workers in Wuhan and those who were dispatched there in the fight against the virus, Mi Feng, a spokesman for the National Health Commission, said at a press conference in Beijing. 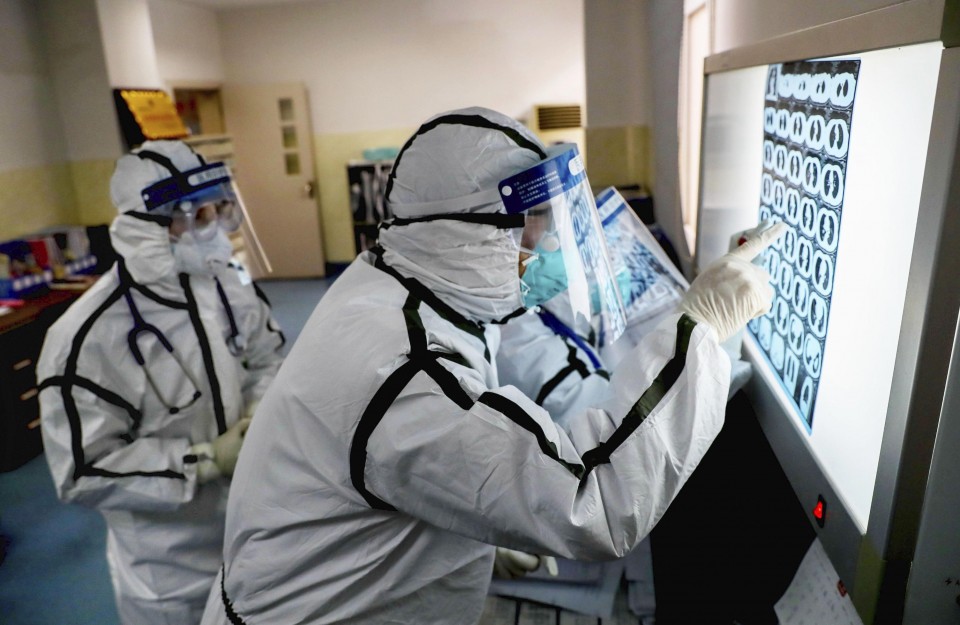 (Supplied photo shows medical workers involved in treating patients infected with a new coronavirus at a hospital in Wuhan, China, on Feb. 3, 2020.)

By Sunday, the total number of infected people who were treated in the city and subsequently discharged numbered around 46,500.

No new confirmed cases of the disease have been reported for over 20 days in Hubei Province, of which Wuhan is the capital.

Also Sunday, the commission said it received reports of 11 new confirmed COVID-19 cases on the mainland in the 24 hours to the end of Saturday, with five of them being imported.

Of the six domestically transmitted cases, five were reported in Heilongjiang Province and one in Guangdong Province.

No deaths from the disease were reported Saturday, it added.

The national tally of confirmed infections now stands at 82,827, with 4,632 people having died from the disease.