The global economy is projected to contract by 3.0 percent in 2020 from a year before due to the coronavirus pandemic, suffering the worst setback since the Great Depression in the 1930s, the International Monetary Fund said Tuesday.

The IMF slashed its projection by 6.3 percentage points from its estimate in January, when the spread of the coronavirus was just about to intensify in China. But the global economy could bounce back if the epidemic recedes in the second half of this year, with the IMF projecting 5.8 percent growth next year.

The United States -- now the epicenter of the pandemic that was first detected in China late last year -- will see its economy shrink 5.9 percent in 2020, the worst contraction since 1946, according to the IMF's World Economic Outlook report. 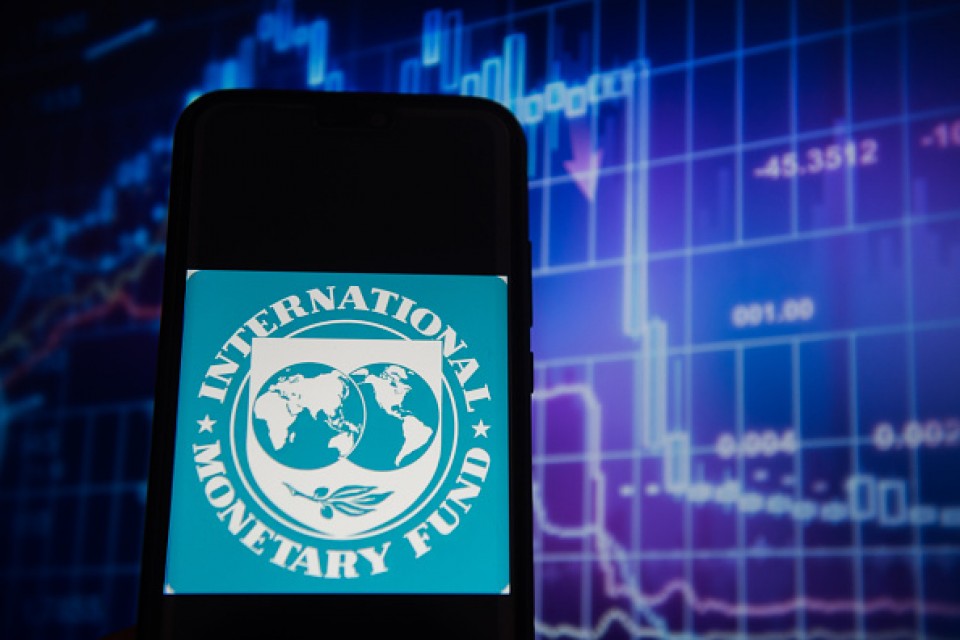 The Japanese economy is projected to contract by 5.2 percent, the worst downturn since 2009 at the height of the global financial crisis triggered by the collapse of Lehman Brothers the previous year.

The latest forecasts underscore the economic toll stemming from the highly contagious virus, which has prompted countries around the world to shutter businesses, cancel events and keep people at home in efforts to prevent its spread. More than 1.9 million people have been infected worldwide and over 120,000 people have been killed by the illness, according to a tally by Johns Hopkins University.

"The COVID-19 pandemic differs markedly from past triggers of downturns...there is a de facto shutdown of a significant portion of the economy," the Washington-based institution said in the report.

"This makes the great lockdown the worst recession since the Great Depression, and far worse than the global financial crisis," IMF chief economist Gita Gopinath said at a press conference, noting that the cumulative loss to global gross domestic product over 2020 and 2021 from the epidemic could be around $9 trillion.

The figure is "greater than the economies of Japan and Germany combined," she said.

During the Great Depression, triggered by the 1929 crash of Wall Street, global output saw a contraction of about 10 percent, according to Gopinath. In the 2008-2009 financial crisis, the global economy shrank 0.1 percent.

The IMF also pointed to the "extreme uncertainty" around the global growth forecast, which would be affected by the intensity and efficacy of containment efforts, the extent of supply disruptions and changes in people's behavior due to the pandemic, among other issues.

"Risks of a worse outcome predominate," it said.

Disruptions of economic activity are expected to concentrate in the April to June quarter of 2020 for most countries except China, which was devastated in the preceding quarter and is now gradually reopening for business amid signs the outbreak is receding.

Even with a sharp rebound over the remainder of the year and sizable fiscal support, the world's second-largest economy is projected to grow at a subdued 1.2 percent in 2020.

The eurozone is projected to log a negative growth of 7.5 percent.

For 2021, growth for both the United States and the eurozone is projected at 4.7 percent, while China is expected to hit 9.2 percent growth and Japan 3.0 percent, with all figures higher than in the January forecast.

But the IMF warned that the recovery of the global economy could be weaker than current estimates, touching on the risks of a second outbreak and uncertainties over the contagion that could lead to persistent voluntary social distancing and restrained consumer demand for services.

Growth in trade of goods and services across the world was revised downward by nearly 14 points from the January projection to a drop of 11.0 percent in 2020 but upgraded 4.7 points to an 8.4 percent rise in 2021.

The IMF said the "immediate priority" is to contain the fallout from the COVID-19 outbreak, especially by increasing health care expenditures.

"Necessary measures to reduce contagion and protect lives will take a short-term toll on economic activity but should also be seen as an important investment in long-term human and economic health," the report said.

It also said fiscal responses have been "swift and sizable" in many advanced countries such as the United States and Japan, but such stimulus needs to be "scaled up" if the halt of economic activity is persistent, or if recovery is too weak after restrictions are lifted.

An economic recovery will require strong multilateral cooperation to complement national policy efforts, the IMF said, saying there is a need to reduce tariff and nontariff barriers that impede cross-border trade and global supply chains.