Tokyo and some other major cities in Japan appeared unusually quiet Wednesday with many stores shut and fewer people in the streets, a day after a state of emergency was declared over the new coronavirus outbreak.

Aside from supermarkets, drugstores and others providing critical services, many businesses in Tokyo, Osaka and the five other prefectures for which the emergency was declared have decided to stay closed through May 6 in line with the government's request for people to stay at home and limit social contact. 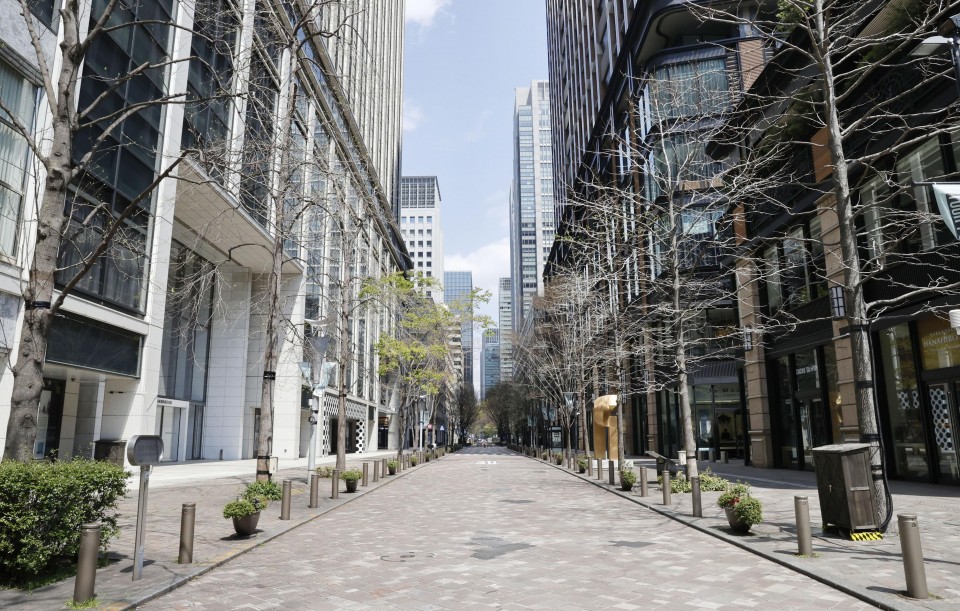 Isetan Mitsukoshi Holdings Ltd. closed all of its six Mitsukoshi and Isetan department stores in the metropolitan area, while Matsuya Co.'s store in Tokyo's Ginza shopping area was also closed. At some other department stores, however, sections selling food continued to operate.

Other closed businesses include movie theaters, bowling alleys and shops inside station buildings.

McDonald's Co. has also continued to operate most of its locations aside from those inside closed commercial facilities, while some outlets have stopped providing around-the-clock service.

Starbucks Coffee Co. said that from Thursday it will shut about 850 shops located in the seven prefectures targeted by the declaration, while shortening the opening hours of shops elsewhere, having them close at 7 p.m.

Trains and buses were running, although the number of people taking them was less than usual in parts of Tokyo.

"On a usual morning, traffic is very busy here, but I feel there are significantly fewer commuters (today)," said a 59-year-old company executive in front of JR Yurakucho Station in central Tokyo.

"We have employees working from home, but there are tasks that force me to come to the office, such as dealing with documents that need to be signed with a seal," he said. 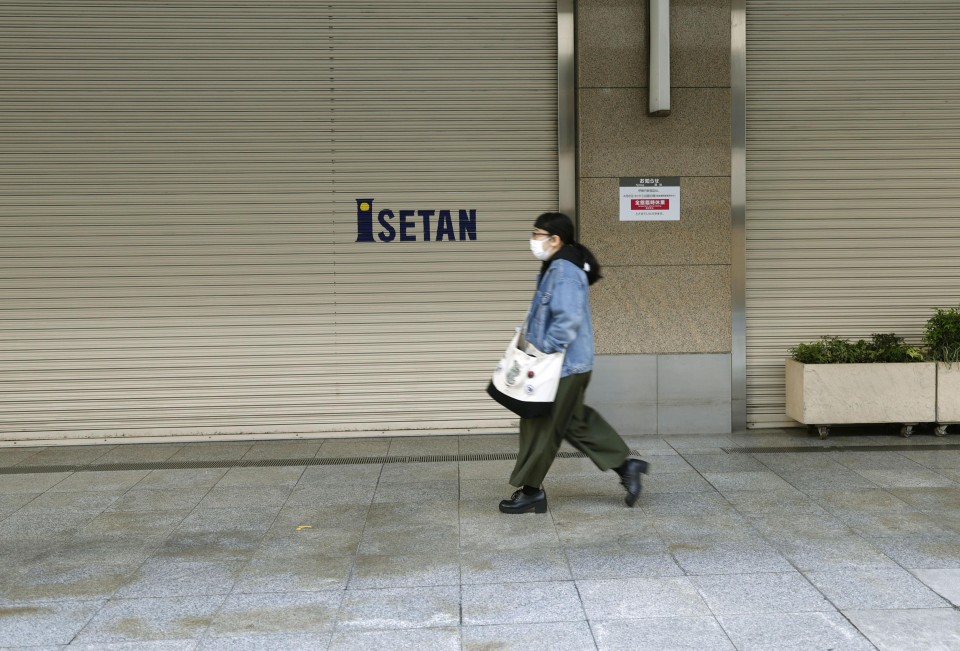 Many stores in a major shopping arcade in Tokyo's Sugamo area, which is popular among elderly people, posted closure notices on their doors.

"A popular shop where people usually line up is also closed. I know it can't be helped, but it's sad," said 79-year-old Yoshiko Takahashi, who lives nearby. "I hope this comes to an end quickly so we can go out happily."

Nobuo Toku, who decided to keep his bar open in Osaka, commuted to the western Japan city from nearby Amagasaki, Hyogo Prefecture. "The number of commuters was limited for the past week, but it's even fewer today," the 74-year-old said.

Toku said part of him wants to stay home for fear of infection but he "can't make a living" unless he goes to the bar.

Abe on Tuesday declared a monthlong state of emergency for Tokyo, Chiba, Kanagawa and Saitama as well as Osaka, Hyogo and Fukuoka to curb the spread of the new coronavirus after an alarming growth in cases in urban areas.

The declaration, covering roughly 56 million people, or about 45 percent of the country's total population, enables prefectural governors to take measures such as instructing people to stay at home and restricting the operation of schools and other facilities, although there are no legal penalties for noncompliance.

Grocery shopping, visits to hospitals and commuting are still allowed under the declaration. 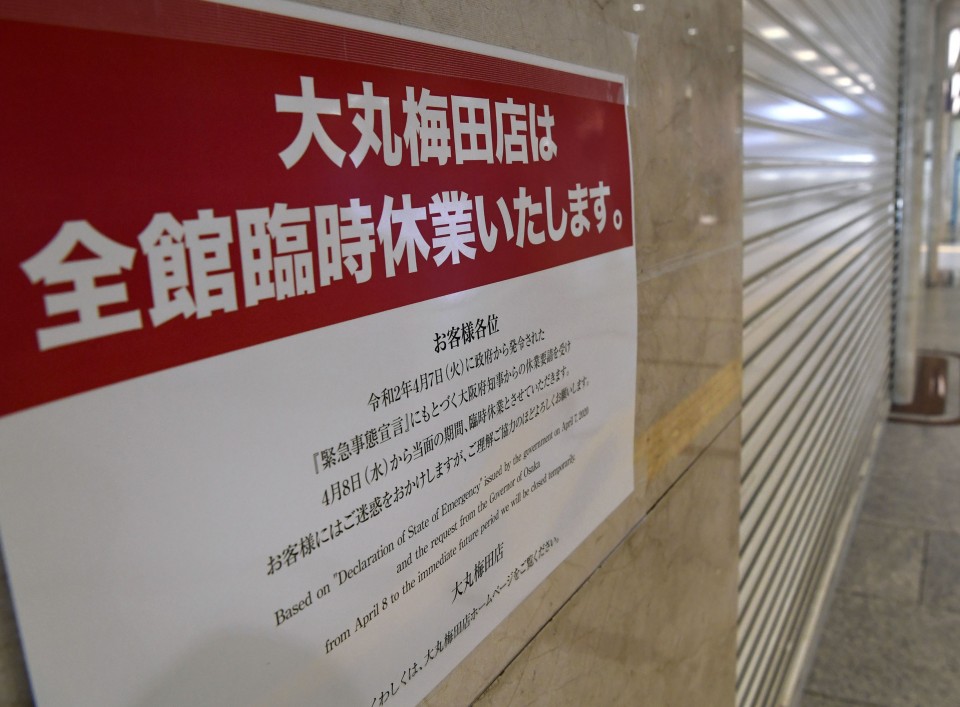