Finance chiefs of the Group of 20 major economies said Wednesday they agreed on debt relief for developing countries until the end of the year to help them take measures against the new coronavirus outbreak.

The G-20 finance ministers and central bank governors said the suspension of debt payments will start on May 1 and creditors will also consider a potential extension during this year, taking into account a report on the liquidity needs of those countries by the World Bank and the International Monetary Fund.

"We support a time-bound suspension of debt service payments for the poorest countries that request forbearance," the G-20 nations said in a statement after a videoconference.

The G-20 ministers and central bankers also pledged to "use all available policy tools" to support the global economy, which is poised to contract in the wake of the pandemic.

The focus was on whether the finance ministers and central bank governors of the G-20 countries, including China -- a major lender to developing nations -- could reach a consensus over the debt relief backed by the Group of Seven industrialized countries. 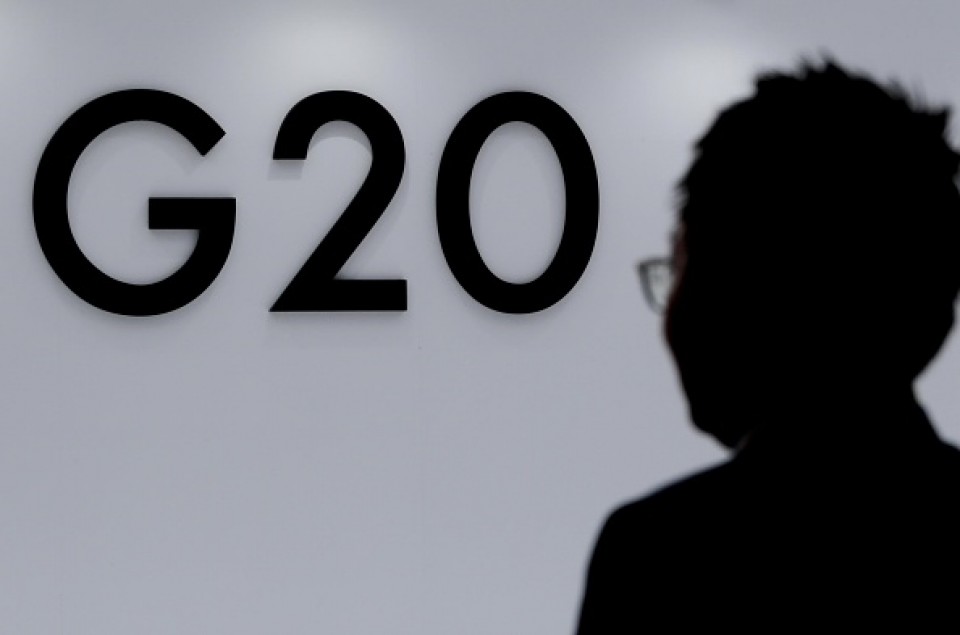 The virtual meeting took place amid growing concern about capital outflows from emerging economies, as uncertainty over the virus pandemic darkens investor sentiment.

The talks came a day after a separate virtual meeting among the Group of Seven industrialized nations, at which they agreed to suspend debt payments owed by "the most vulnerable and poorest countries" if all the G-20 economies support the move.

After the talks, the G-7 nations said in the chair's summary issued by the United States that they "support multilateral efforts" to assist low-income countries, and are "ready to provide a time-bound suspend" on their loan payments.

The G-7 talks followed an announcement on Monday by the International Monetary Fund, which outlined a policy of immediate debt relief for 25 developing countries, including 19 African nations, to be offered through its revamped $500 million Catastrophe Containment and Relief Trust.

The composition of total public debt in developing countries has been shifting from "Paris Club" countries -- traditional sources such as the G-7 nations -- toward nontraditional lenders including China.

The total of the 59 lowest-income countries' outstanding obligations to China, against the sum of their gross domestic product, was 11.6 percent in 2016, about four times as much as that owed to Paris Club nations, according to an IMF report in 2018.

The G-20 finance chiefs were originally to hold a two-day regular meeting in Washington from Thursday, on the sidelines of the IMF and the World Bank Group's annual spring gatherings, but it was switched to a teleconference due to the pandemic. The IMF and the World Bank are now scheduled to hold their spring meetings in virtual form from Thursday.

The IMF has said over 90 countries have requested emergency financing from it to help ease the impact of the pandemic and is encouraging central banks in advanced economies to support liquidity in developing countries.

In a report released Tuesday, the IMF projected the world economy will contract by 3.0 percent in 2020 from a year earlier due to the pandemic, the worst setback since the Great Depression, which largely occurred in the 1930s.