Japan mulls 1-month extension to state of emergency over coronavirus

Japan is considering extending the nationwide state of emergency until the end of May in a bid to contain the spread of the new coronavirus, government sources said Thursday.

Prime Minister Shinzo Abe told Toshihiro Nikai, secretary general of the ruling Liberal Democratic Party, of his intention to extend the state of emergency currently due to be effective through next Wednesday.

"Returning to normalcy from May 7 is difficult and we need to brace for a protracted battle (against the virus)," Abe told reporters at his office.

"I will consult with experts as to the length of an extension," he said after parliament passed an extra budget for the current fiscal year to support struggling households and businesses.

Abe is expected to seek opinions on Friday from a panel of experts tasked with assessing the spread of coronavirus infections across the nation, before he makes a judgement on the extension, the sources said. 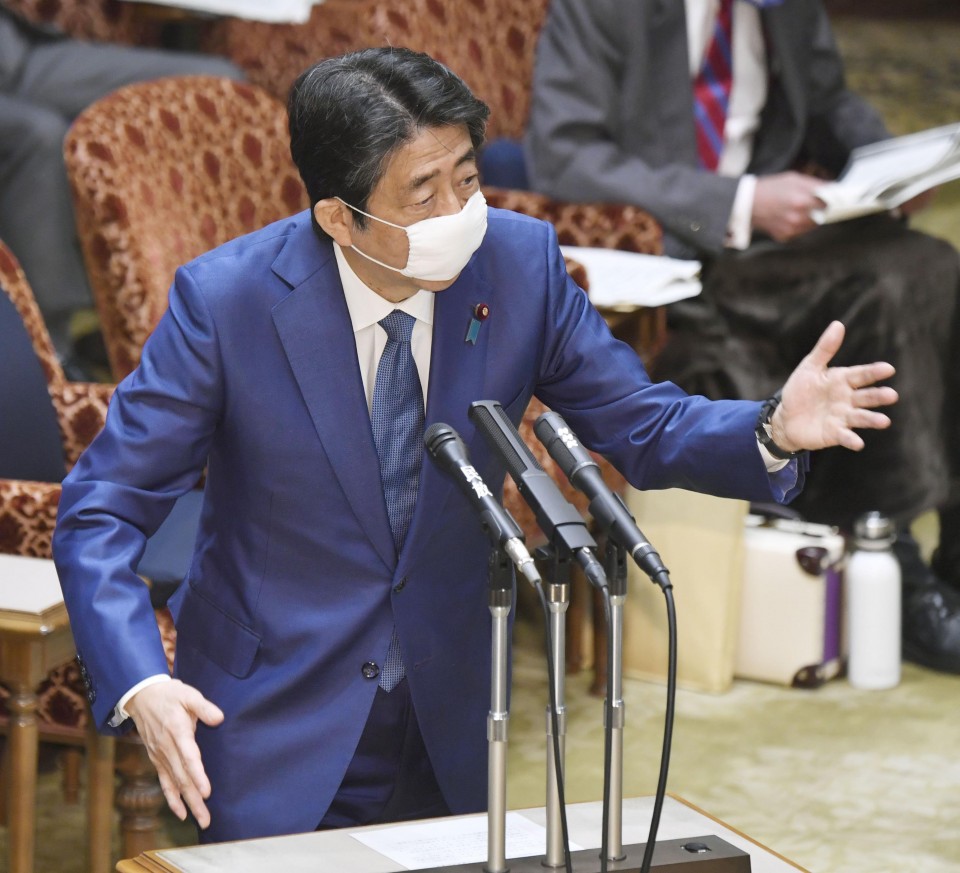 (Japanese Prime Minister Shinzo Abe speaks at a session of the House of Councillors' budget committee in Tokyo on April 30, 2020)

Taking into account the views of the experts, the prime minister is expected to make a final decision on the issue around next Monday, they said.

Abe first declared a monthlong state of emergency on April 7 until next Wednesday for Tokyo, Osaka and five other prefectures amid a sharp rise in infections in urban areas.

He expanded it on April 16 to all 47 prefectures ahead of the Golden Week holidays from late April when many Japanese people usually return to their hometowns or travel for vacations or day trips.

Under the state of emergency, people have been asked by local authorities to refrain from unnecessary outings and some businesses have been requested to shut.

A senior administration official indicated that the state of emergency will be extended until the end of May or around June 6.

There is a view within the government that the state of emergency should remain in place for the entire nation as any partial lifting would prompt a flow of people in certain areas and raise the risk of transmission.

Prefectural governors are calling for an extension of the state of emergency beyond the holiday season that ends on May 6.

Abe initially appeared reluctant to declare an emergency despite the authority he obtained through a legal change in March, fearing the economy would take a severe hit. But the number of coronavirus cases continued to rise in the country, putting a strain on the health care system.

Economic revitalization minister Yasutoshi Nishimura told parliament that the number of infections and the situation faced by hospitals are the two key factors being watched by the government and the panel.

Japan has so far confirmed around 15,000 COVID-19 cases, including about 700 from the Diamond Princess cruise ship that was quarantined near Tokyo in February. The death toll stands at around 470.

The Tokyo metropolitan government confirmed 46 new coronavirus infections on Thursday, under 50 for the second straight day. Wednesday was a national holiday.

The Japanese capital, which marked the highest daily count of 201 on April 17, has seen the number of infections remaining above 100 for most of the month.

Abe said earlier Thursday he will not wait until the last minute to determine whether to extend the state of emergency.

"Local governments need to make preparations so I will make a decision sometime before (the expiration date of May 6)," Abe told a session of the upper house budget committee.