Prime Minister Shinzo Abe declared on Tuesday a state of emergency for Tokyo, Osaka and five other prefectures to curb the spread of the new coronavirus after an alarming growth in cases in urban areas.

The declaration, effective through May 6, will enable prefectural governors to take stronger preventive steps, ranging from instructing citizens to stay at home to restricting the operation of schools and other facilities, although there are no legal penalties for noncompliance.

Measures to be taken based on the first-ever such declaration in Japan could curtail people's rights and freedoms to some extent. But it will not lead to hard lockdowns on a scale seen in other countries hit by the virus like China and France due to the limits of the Japanese law. 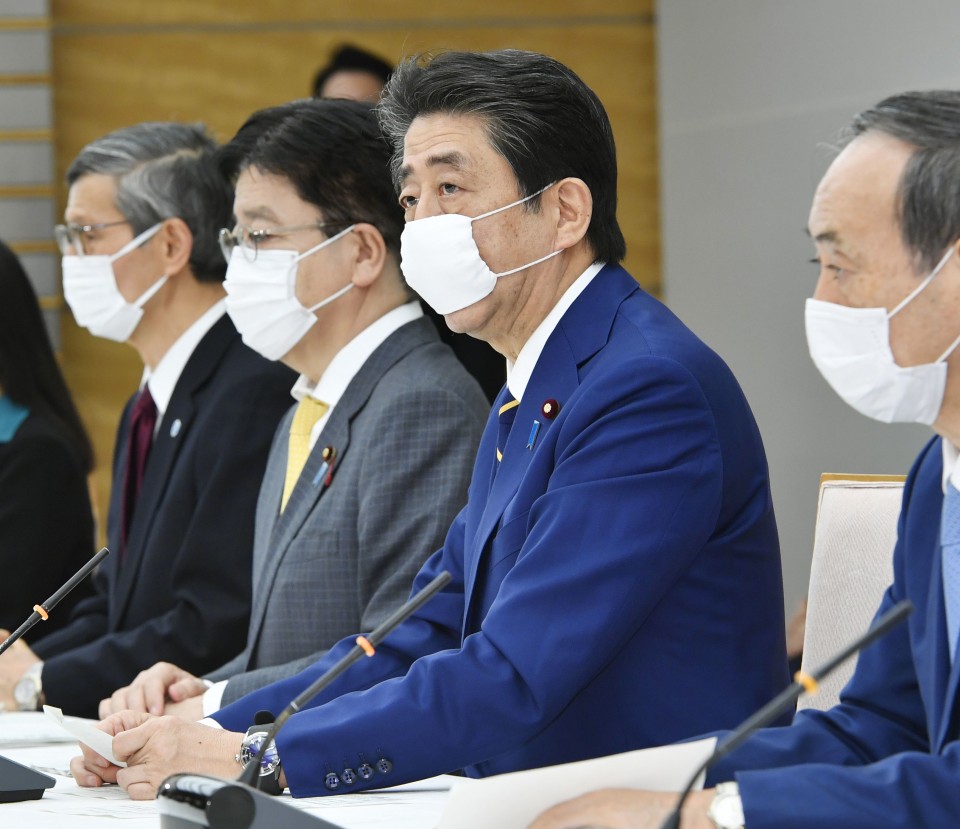 "We're in a situation in which the spread of infections is rapid and widespread across the country, threatening to seriously impact people's lives and the economy," Abe told a meeting of a government task force as he declared a state of emergency.

Roughly 56 million people, or about 45 percent of the country's total population, in Tokyo, Chiba, Kanagawa and Saitama as well as in Osaka, Hyogo and Fukuoka, will be asked to refrain from nonessential outings. Grocery shopping, visits to hospitals and commuting are excluded.

But they will be asked to stay away from bars, karaoke places and live music clubs to lower the risk of transmission. Public transportation services will be available, although Abe asked citizens in the designated prefectures to hold off on going to other parts of the country.

Aichi Prefecture, home to the big city of Nagoya which has a population over 2.2 million, was not among the seven prefectures included in the state of emergency.

Yasutoshi Nishimura, the minister in charge of economic and fiscal policy, told a meeting of a parliamentary panel that the government discussed whether the three prefectures of Aichi, Hokkaido and Kyoto should be on the list as well, but decided not to include them due partly to the relatively slow pace of increase in virus infections in these areas.

Abe sought to assuage public worries about the unprecedented step in a televised press conference with government officials wearing face masks and reporters seated to maintain adequate distance to each other to lower transmission risks.

"The declaration does not at all mean we will carry out lockdowns similar to those overseas," Abe said as he termed the situation in Tokyo and Osaka as "completely different" from such locked-down cities abroad.

Medical experts sitting on the government panel have warned of an explosive surge as cases in which transmission routes cannot be traced have grown. They also took issue with some people already relaxing vigilance in a battle against the virus that has spread from China since late last year.

The advisory panel that gave the go-ahead for the declaration earlier in the day looked at three factors -- the cumulative number of infections, the pace of increase and the number of cases with untraceable routes, according to one of the members, Shigeru Omi of the Japan Community Healthcare Organization.

The total number of infections in Japan has topped 4,800, including about 700 from the Diamond Princess, a cruise ship that was quarantined in February near Tokyo. The death toll stands at 108.

Despite growing pressure to use the authority he obtained through a legal change in mid-March to declare a state of emergency Abe waited until Tuesday as he weighed its need against the impact on people's daily life and the country's economy.

Up to now, Abe has said Japan was on the brink of a wide-scale outbreak but had been holding the line against the virus.

But the governors of Tokyo and Osaka ramped up calls on him to make the emergency declaration and opposition lawmakers lambasted him over what they termed his slow response. After the Japan Medical Association warned of a possible collapse in the health care system, Abe acknowledged Tuesday that hospitals are facing a "crisis" situation.

A state of emergency is defined as "a situation in which the capacity to provide medical care will reach its limit and people's lives and health will be put at risk unless measures are taken."

In addition to making stronger stay-at-home requests, the governors in the seven prefectures can restrict the use -- and request temporary closure -- of institutions such as schools, social welfare facilities, theaters, music venues and sports stadiums where large numbers of people gather.

But people will not be punished if they do not fall into line, and business activity cannot be banned.

However, the state of emergency declaration does allow for some powerful actions. The governors can expropriate private land and buildings for use in the virus fight if their owners refuse to allow the property to be utilized without legitimate reasons. 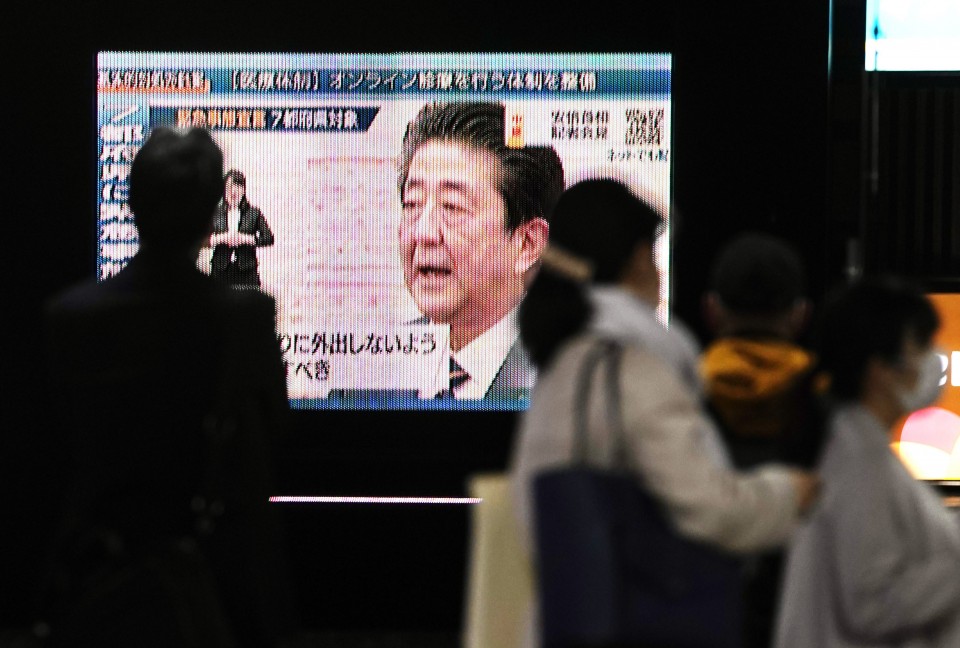 The governors can also requisition medical supplies and food from companies that refuse to sell them and punish those that hoard or do not comply. They can force firms to help transport emergency goods.

Some prefectural governors have already made voluntary requests that people stay at home and schools remain shut to reduce transmission risks. Hokkaido is the only area whose governor made a nonbinding state of emergency declaration to demonstrate the seriousness of the situation in March and asked people to stay at home on weekends.

The global coronavirus pandemic led the International Olympic Committee to delay the Tokyo Olympics and Paralympics initially scheduled for this summer until next year.

After the largest daily increase of 143 cases on Sunday, Tokyo confirmed 83 cases on Monday. The Japanese capital, with a population of about 14 million, has reported 1,116 cases so far, by far the largest among the country's 47 prefectures.

Abe has vowed to increase the number of hospital beds, boost virus testing capacity and speed up the development of vaccines and drugs for use in treatment.

The government plans to increase its stockpile of the anti-flu drug Avigan which can be administered to COVID-19 patients.

The Tokyo metropolitan government has decided to isolate people who have tested positive for the virus but have mild or no symptoms in hotel rooms, allowing hospitals more capacity to accept patients with more severe symptoms.