Despite the uncertainty of the times, the mixed doubles badminton pair of Yuta Watanabe and Arisa Higashino, whose lives were upended nine years ago by a natural disaster, are taking the coronavirus pandemic in stride.

Rather than worrying about what they are unable to accomplish during the public health crisis, the pair from Fukushima Prefecture are focused solely on those things within their reach. Medal hopefuls for next year's Tokyo Olympics, the 22-year-old Watanabe and 23-year-old Higashino have been accustomed to disruptions since their junior high school days, when they experienced the March 11, 2011, earthquake and tsunami that ravaged much of northeastern Japan's coastline.

The Olympic postponement took neither by surprise when it was announced in March. In fact, they were expecting it when they were at home following the British Open that month.

"I figured that given an extra year, I could get even better. So it was not difficult to accept," Watanabe said.

Higashino, too, saw the postponement as a plus.

"I was thinking it would give me another year to practice," she said. 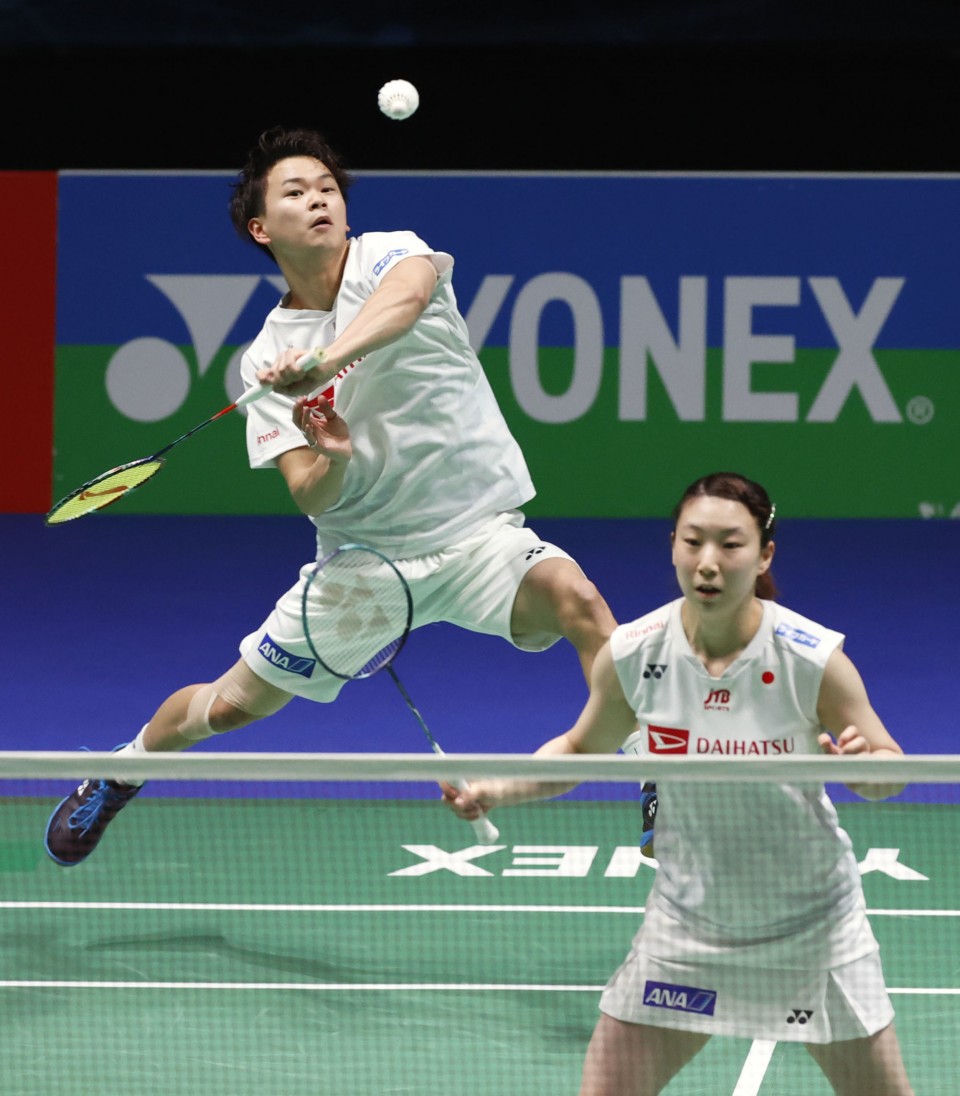 (Yuta Watanabe (back) and Arisa Higashino)

The pair have become Japan's top mixed doubles team, having won at one of their sport's marquee events, the British Open, in 2018. They can trace their partnership back to their time at Fukushima Prefecture's Tomioka 1st Junior High School. The earthquake struck when Higashino, in her second year, and Watanabe, in his first, were training in the gym.

Like others living close to the crippled Fukushima Daiichi nuclear power plant, Watanabe and Higashino were forced to evacuate to different parts of the country.

They were able to return to Fukushima Prefecture about two months later, but could not go back to Tomioka. Instead, they were relocated to Inawashiro, in the mountainous western part of the prefecture.

Although the current situation is unlike their 2011 ordeal, Higashino said she draws lessons from it.

"Because of my experience with the disaster, I've come to believe once again that I should not take it for granted that I am alive," she said.

Watanabe said, "If you can lead a normal life, you may take it for granted but it is indeed a wonderful thing."

The two are currently only able to do limited training at home and cannot work together on court, a key to their success in doubles.

Although they apparently haven't been in contact since the Olympic postponement announcement, Higashino said the work they had been putting in together reassures her.

"Up until now we've done so much work that I feel a sense of security," she said. "It's a source of strength."

Even though there is no timetable for the resumption of international competition, Watanabe's target has not shifted. He still dreams of winning an Olympic gold medal, although his performance on that stage will have to wait another year.

"At the time of the earthquake, I wanted to give courage to various people. This time is the same. If I'm alive, I am going to play badminton."