Tokyo residents will be asked to refrain from leaving their homes but essential services will remain in operation should Japan declare a state of emergency due to the novel coronavirus, Gov. Yuriko Koike said Friday.

The guidelines, announced in advance to prevent public confusion, said stores selling essential items such as food and medical supplies, and services necessary to keep society and the economy running such as banks will remain in operation even during a state of emergency. 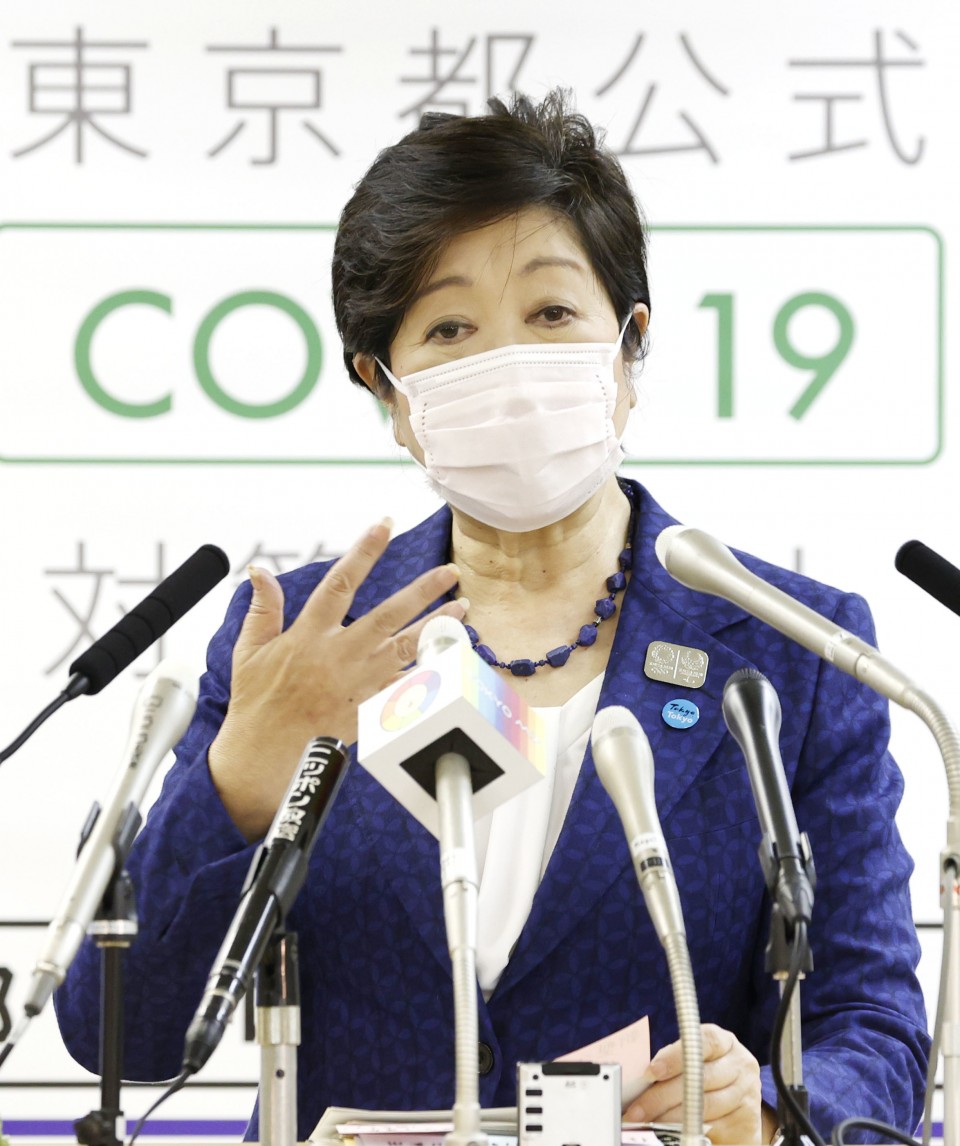 The metropolitan government will request facilities and event organizers to limit or cease their activities to prevent further spread of the virus. It also plans to establish a call center to handle inquiries from citizens and business operators.

"I released the draft outline on emergency measures so citizens and businesses can adequately prepare in advance," Koike said at a press conference.

The city confirmed 89 new coronavirus cases on Friday as it continues to struggle to contain the rapid spread of the COVID-19 disease. The new number pushed Tokyo's total cases to 773, a day after the capital recorded its largest daily increase of 97 cases.

Across Japan, the number of infections topped 3,700, including about 700 from the Diamond Princess, a cruise ship that was quarantined earlier this year near Tokyo.

In the capital, applications for the emergency loan program for small and midsize companies under the local government's economic stimulus have amounted to around 120 billion yen ($1.1 billion), well above the initial offer of 24.8 billion yen, Koike said, adding the city will unveil additional measures around April 15.

The Osaka prefectural government on Thursday announced its own responses in the event of an emergency declaration, which include requesting schools, kindergartens and some nursing facilities to limit their operations.

It will also request that residents stay indoors except for occasions such as going out to buy groceries.