The Japanese government is considering an expansion of its state of emergency declared earlier this week amid the coronavirus outbreak to include other areas of the country as some prefectures also seek to be covered by the emergency measures, a government official said Thursday.

While Prime Minister Shinzo Abe declared a state of emergency on Tuesday for Tokyo and six other prefectures, some prefectures with large urban areas were not on the list.

The official said the government will decide what to do by assessing the situation in some areas and listening to the opinions of experts.

Following the declaration, the central Japan prefecture of Aichi has asked the central government to be included in the state of emergency, Gov. Hideaki Omura said Thursday.

Home to a number of major Japanese companies including Toyota Motor Corp., the prefecture will declare its own state of emergency on Friday afternoon and request people to refrain from making nonessential outings following a rise in infections with the pneumonia-causing virus, the governor said. 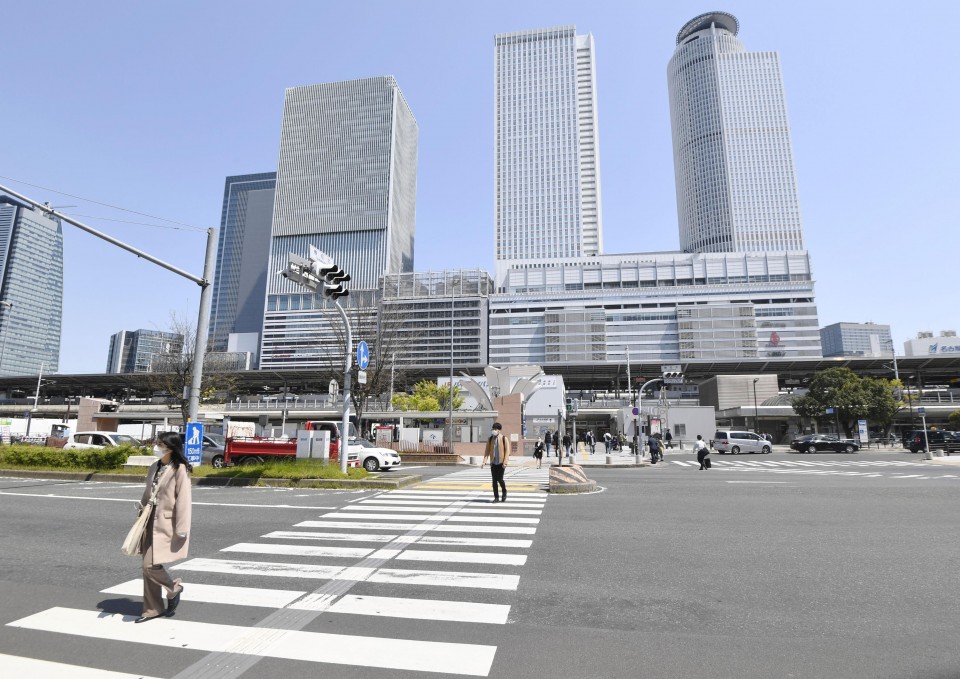 (Fewer people than usual are seen near JR Nagoya Station in central Japan on April 9, 2020.)

The Kyoto prefectural government is also planning to request the central government on Friday to add the western Japan prefecture as one of the regions covered by the emergency declaration, sources close to the matter said.

The six other prefectures subject to the state of emergency which will be effective through May 6 are Osaka, Chiba, Kanagawa, Saitama, Hyogo and Fukuoka.

"Looking at the past week, there is no doubt we are in a very serious situation," Omura said at a press conference at the prefectural government.

In Tokyo, Chief Cabinet Secretary Yoshihide Suga said earlier in the day that the government needs to hear from experts before deciding whether to add Aichi. 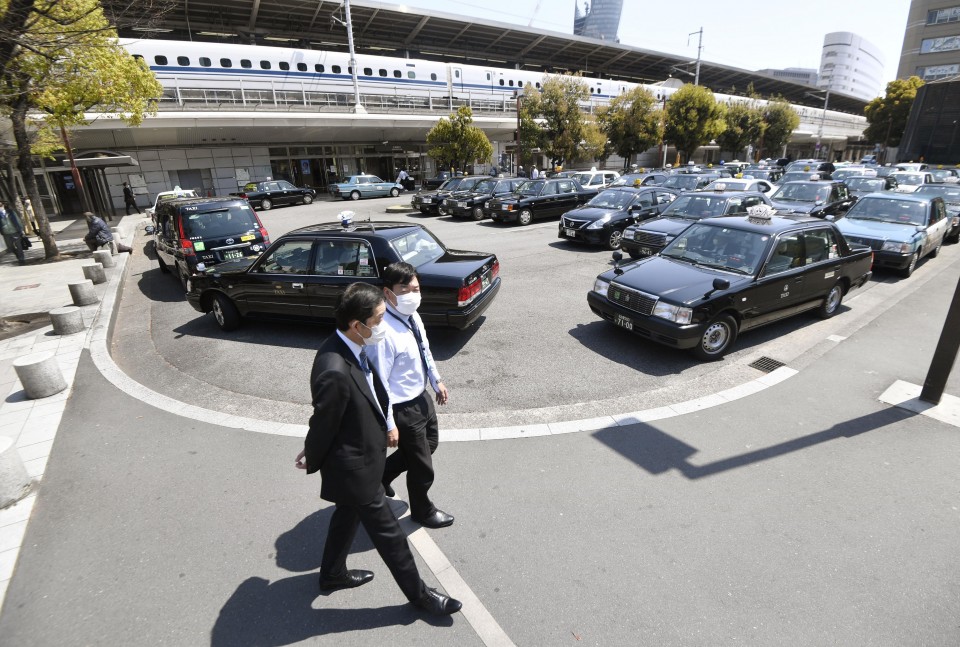 Aichi has 300 confirmed virus cases, with 21 newly reported on Wednesday.

While the prefectural total was sharply lower than Tokyo and Osaka, Aichi had more infections than Hyogo, Saitama and Fukuoka.

Noting the prefecture contains Nagoya -- Aichi's capital with a population of over 2.2 million and which is located between Tokyo and Osaka -- Omura said it would be preferable to declare a state of emergency at the local and state levels.

While the prefecture's planned state of emergency has no legal basis, unlike the central government declaration, Omura said he will request that residents avoid going out for nonessential reasons -- excluding food shopping, hospital visits and commuting -- and for schools to shut until May 6.

There are no legal penalties for flouting the call, and business activities cannot be banned.

But governors can expropriate private land and buildings for use in the virus fight, requisition medical supplies and food from companies that refuse to sell them, and punish those that hoard or do not comply. They can also force firms to help transport emergency goods.

Hotline service to begin for foreigners in Japan for coronavirus inquiries