Trump downplays concerns over return of coronavirus later this year

U.S. President Donald Trump on Wednesday played down concerns over a possible second wave of coronavirus infections later in the year, saying it "can never be like anything that we've witnessed right now."

The remarks came as the head of the U.S. health protection agency the Centers for Disease Control and Prevention warned of an even more "difficult" time next winter because two respiratory illnesses could be circulating at the same time -- the novel coronavirus and influenza.

Trump asserted at a press conference that the return of the coronavirus could be "some little flare-up" that can be quickly contained.

"In my opinion from everything I've seen, it can never be like anything that we've witnessed right now," partly due to better containment measures, Trump said, though admitting that seeing the coronavirus and flu coming together is "not great" and could bring about a "mess." 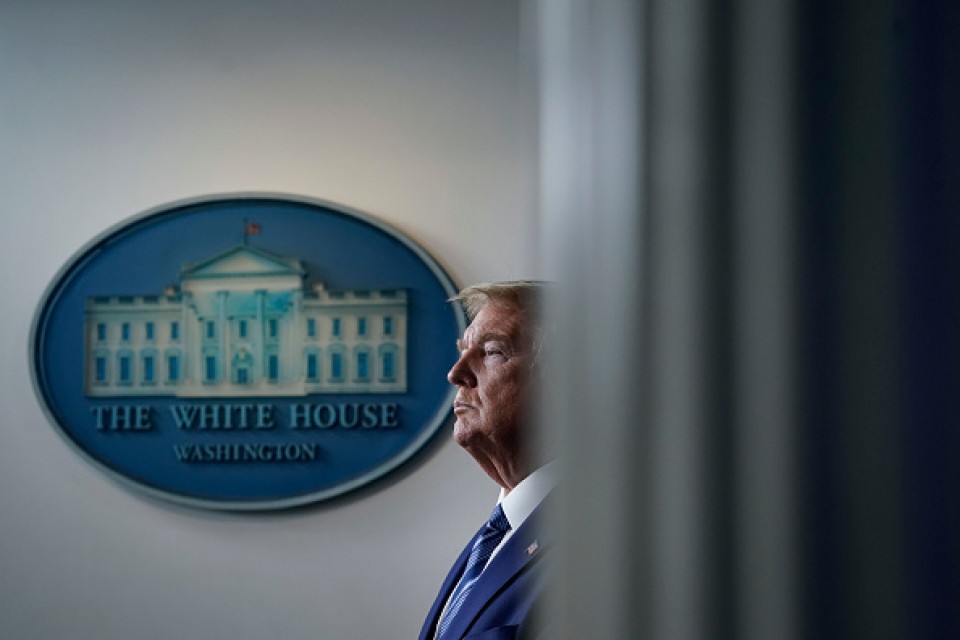 Trump also suggested the possibility that the coronavirus may "not come back at all," although the view was quickly refuted by Anthony Fauci, the nation's top expert on infectious diseases, during the same press conference.

"We will have coronavirus in the fall. I am convinced of that because of the degree of transmissibility that it has, the global nature," Fauci said, while adding that the scale of the outbreak would depend on containment measures.

"Nobody can predict what is going to happen with an outbreak but you can predict how you're going to respond to it. And that's really very important," the head of the National Institute of Allergy and Infectious Diseases said.

Trump, who has faced criticism for initially downplaying the threat of the virus after it was first detected in China, is pushing to restart the economy from the coronavirus shutdown as new cases appear to have peaked.

The president also signed on Wednesday an executive order temporarily suspending immigration for people seeking permanent residency, known as green cards, which he says would make sure American workers are the first to get jobs when the economy reopens.

Meanwhile, health authorities said that two cats in New York, the U.S. state hardest hit by the epidemic, have become the first pets in the country to test positive for the virus.

The cats, living in two separate areas, both had mild respiratory illness and are expected to make a full recovery, the Centers for Disease Control and Prevention said in a press release.

In the case of the first cat, no individuals in the household were confirmed to be ill with COVID-19, the disease caused by the virus. As for the second cat, its owner tested positive for COVID-19 prior to the cat showing signs.

Public health officials are still learning about the virus, but "there is no evidence that pets play a role in spreading the virus in the United States," the institution said.

The United States has the world's highest number of confirmed coronavirus cases, exceeding 840,000, according to a tally by Johns Hopkins University. The death toll has reached over 46,000.