Sawako Naito, running as an independent, beat incumbent Akiyoshi Endo, 64, in the election, which split the vote of members of the ruling Liberal Democratic Party in Tokushima Prefecture.

"With the perspective of a woman, I want to make Tokushima a comfortable city for working citizens and families with small children," Naito told reporters. She turned 36 in March. 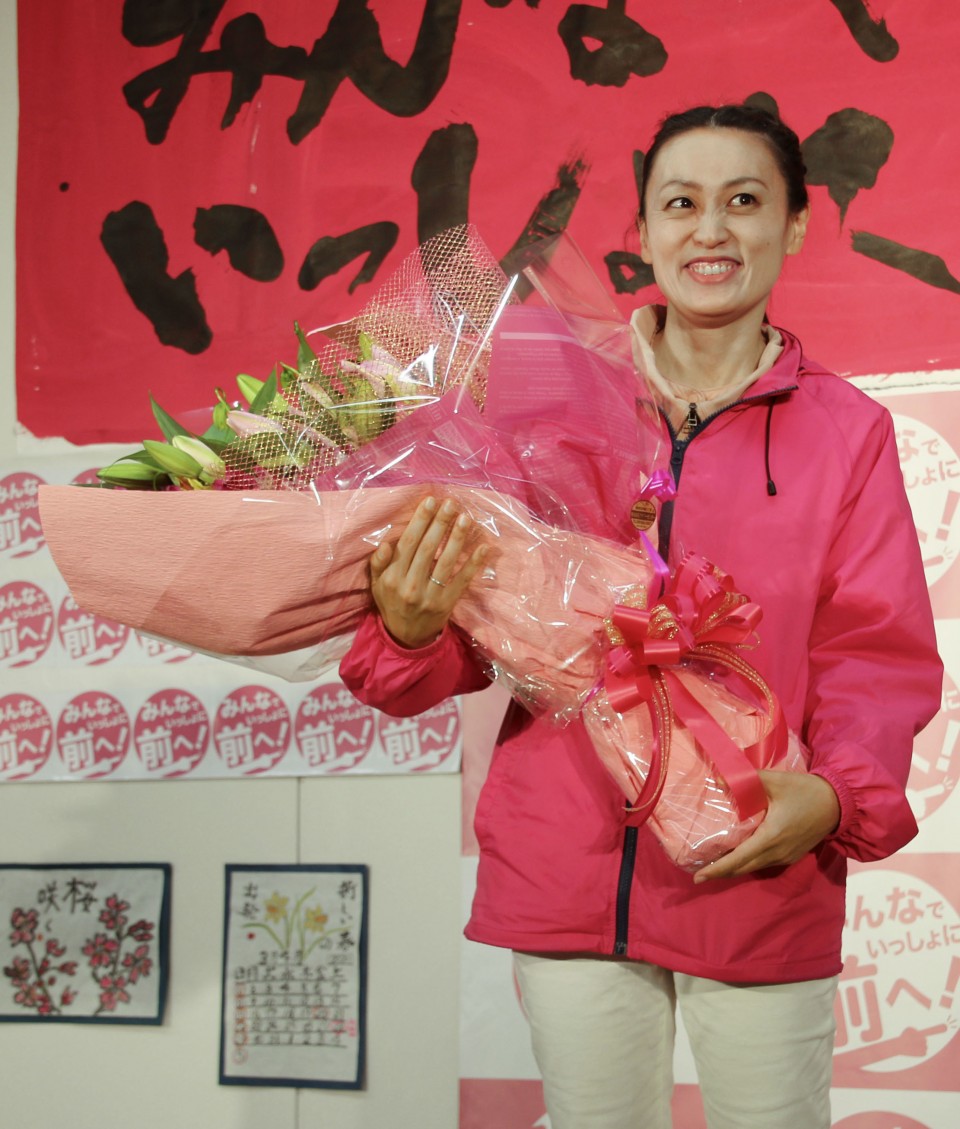 The previous holder of the record for youngest female mayor was Naomi Koshi, who was elected mayor of Otsu, Shiga Prefecture in 2012 aged 36 years and six months.

Naito, who has multiple sclerosis, periodically takes medication for the disease. She began displaying symptoms while studying at the University of Tokyo and has published a book about her experience.

But she assured her supporters that her condition would not impact on her duties as head of the capital of the prefecture.

"I want to turn Tokushima into an exciting place with the city and prefectural assemblies in harmony," Naito said.

Endo, who stirred confrontation between the city and prefectural governments over a project to construct an art hall, said he was solely to blame for his defeat. "All I have done was not conveyed," he said.

Voter turnout was 38.88 percent, up 6.82 percentage points from the previous election.

Due to the spread of the novel coronavirus, both candidates refrained from holding large gatherings or shaking hands during the electoral campaign.