Toyota Motor Corp. on Friday suspended seven production lines at five plants in Japan due to a sharp drop in overseas demand caused by the global coronavirus pandemic, as other major Japanese auto and parts makers also find themselves forced to cut domestic manufacturing.

The suspension, to be in place until April 15 at the latest, will lead to vehicle production cuts of about 36,000 units, according to the world's second-largest vehicle maker by sales.

Output at the Miyata plant in Fukuoka, southwestern Japan, will undergo the longest suspension, continuing through April 15.

Toyota manufactures its vehicles at 18 factories across Japan, including those outsourced to other makers.

Employees at the five plants will be asked to take paid holidays or will be assigned other work to enhance productivity during the suspension period. 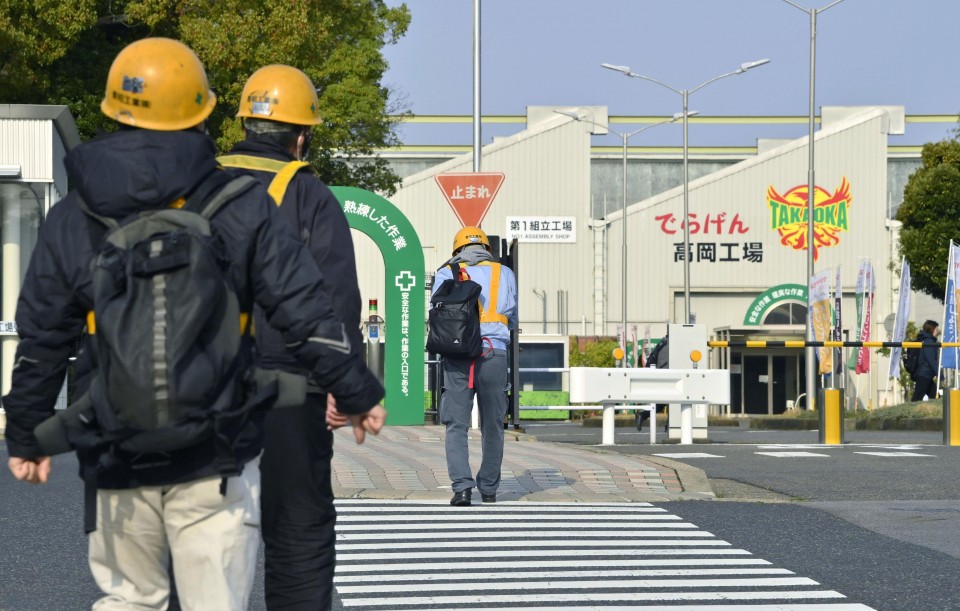 Aside from Toyota, Honda Motor Co., Nissan Motor Co., Subaru Corp. and four other Japanese automakers have stopped or reduced production due to drops in demand. Some makers had to suspend operations as employees tested positive for COVID-19, the disease caused by the new coronavirus.

Auto output globally has also been affected by disrupted supply chains, and as government requests for residents to stay home to curb the spread of the coronavirus prevents workers from commuting to factories.

With the outlook for when the epidemic will be contained still uncertain and global sales slowing, Japanese automakers may see a protracted reduction in domestic output, analysts said.

New car sales in Japan have also been hit in recent months due to a decrease in buyers visiting showrooms, in response to call by municipal governments for residents to refrain from going outdoors for nonessential or urgent reasons.

Subaru to temporarily halt all global output due to coronavirus