Only 18% of Japanese stopped going to work due to COVID-19: poll

Only 18 percent of people in Japan have stopped going to work due to the novel coronavirus, the lowest level in 26 countries and territories covered in a recent survey.

However, 87 percent of Japanese respondents fear catching the virus, which causes the COVID-19 pneumonia disease, up from 66 percent in mid-March, according to the survey conducted by the British research firm YouGov. 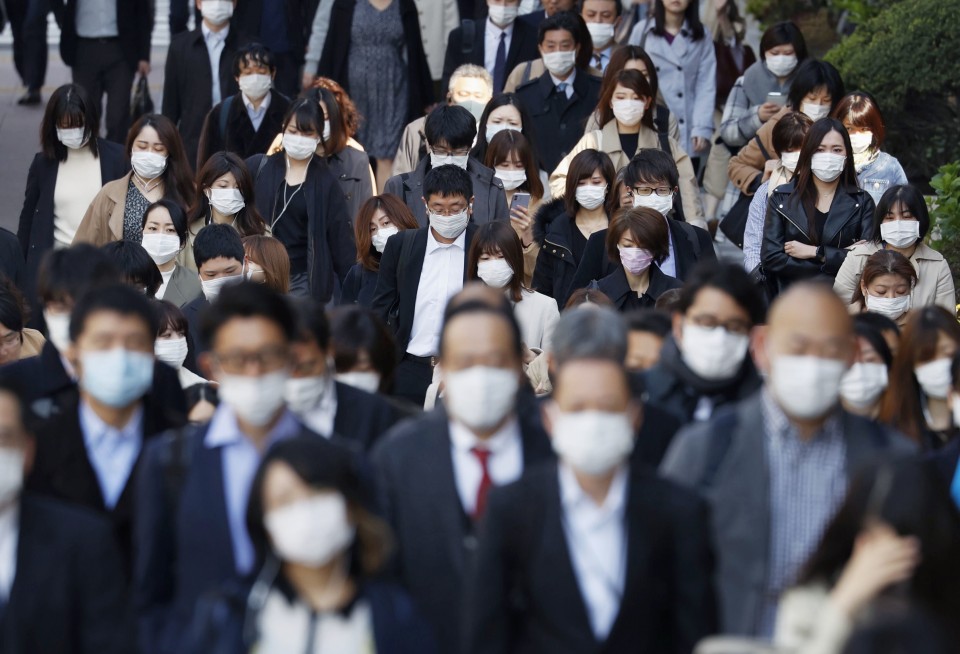 Only Finland had an equally low percentage of people not working due to the virus, and only Vietnam topped Japan in terms of people worried about contracting COVID-19 at 89 percent, the poll showed.

Sixty-eight percent of respondents in Malaysia and India said they work from home, followed by 66 percent in the Philippines and 56 percent in China. The United States stood at 32 percent.

Japan's low rate of teleworking came to light despite Prime Minister Shinzo Abe declaring a state of emergency in Tokyo and six other prefectures on April 7 over a surge in COVID-19 infections.

"The number of people avoiding going to work sharply increased in countries where stay-at-home orders and other measures could be legally enforced," said Nippon Research Center Ltd., a Tokyo-based research group that carried out the Japan part of the survey from March 13 to April 13.

In Japan, where measures to tackle COVID-19 are not legally binding, many people have continued to commute to offices due to the difficulty in working remotely.

The YouGov survey covered a total of 27,000 people in 26 countries and territories in Europe, the Americas, the Asia-Pacific and the Middle East.