Trump orders halt to U.S. funding of WHO over coronavirus response

President Donald Trump said Tuesday that he has directed his administration to halt U.S. funding of the World Health Organization, accusing the U.N. body of failing to respond properly to the coronavirus pandemic after it was first detected in China.

"The WHO failed in its basic duty and must be held accountable," Trump said at a press conference at the White House. He also said a review will be conducted to assess the WHO's role in "severely mismanaging and covering up the spread of the coronavirus."

Trump has been stepping up his criticism of the WHO while he himself remains under fire for initially downplaying the threat of the novel coronavirus, which has killed more than 25,000 in the United States alone, according to a tally by Johns Hopkins University. 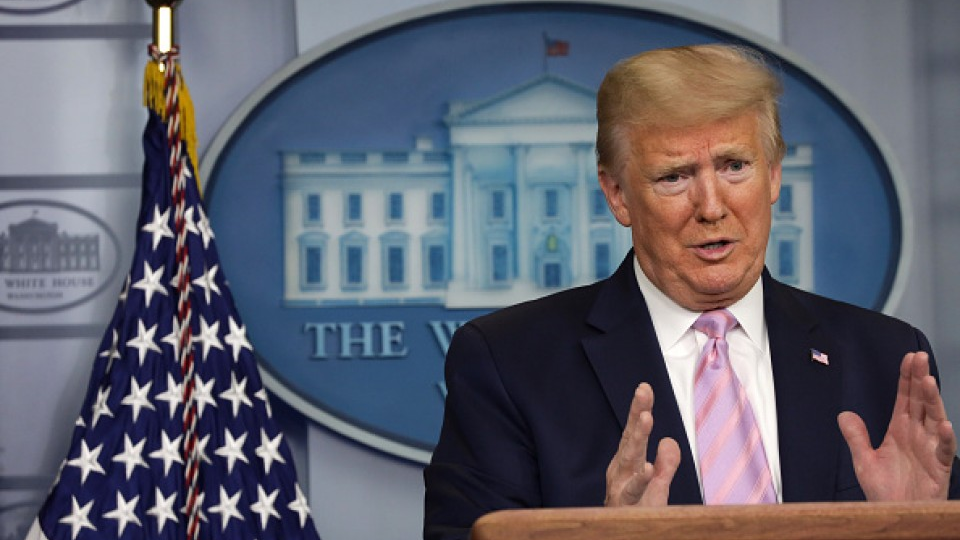 He said last week that he was considering putting the funding on hold, complaining that the WHO had offered faulty recommendations and been "China-centric," noting that it had, for instance, opposed an entry ban the U.S. administration imposed against foreign travelers from mainland China in the early stage of the crisis.

While WHO Director General Tedros Ghebreyesus has warned that politicizing the crisis will only lead to "many more body bags," Trump doubled down on his criticism on Tuesday, saying that the opposition to the travel ban was "one of the most dangerous and costly decisions from the WHO."

"Had other nations likewise suspended travel from China, countless more lives would have been saved instead," he said.

The president also said the WHO had pushed "China's misinformation about the virus," apparently referring to its relaying a Chinese claim in January that there was no human-to-human transmission, and that it was too slow to declare the outbreak a global emergency.

A Jan. 14 WHO tweet said "preliminary investigations conducted by the Chinese authorities have found no clear evidence of human-to-human transmission." The world health body declared the virus a "public health emergency of international concern" on Jan. 30.

Trump also said that the United States has "not been treated properly" given that it is providing between $400 million and $500 million per year to the WHO while China contributes $40 million a year or less.

According to the WHO website, the United States was the top contributor of funds to the agency in 2018 and 2019, providing $893 million in total, accounting for about 14.7 percent of the U.N. agency's funding.

Trump said the United States will continue to engage with the WHO to see if it can make "meaningful reforms," adding that in the meantime, his government will discuss with other countries and global health partners on how to spend the funds that go to the WHO.

The president, meanwhile, was put on the defensive as reporters asked him why he had initially praised China for its transparency and efforts to respond to the coronavirus.

He insisted that he was tough against Beijing from the beginning, noting he had announced that he would restrict travel from China in late January. If done later, he said, it would have led to "thousands and probably hundreds of thousands more deaths."

Meanwhile in Beijing, the Chinese Foreign Ministry urged the United States to fulfill its obligations to the WHO, adding that at this critical point in the pandemic, the U.S. decision will affect all countries -- especially the ones with limited capabilities.

"China will, as always, support the WHO to play an important role in promoting international public health and responding to the pandemic," ministry spokesman Zhao Lijian said during a regular press briefing on Wednesday.