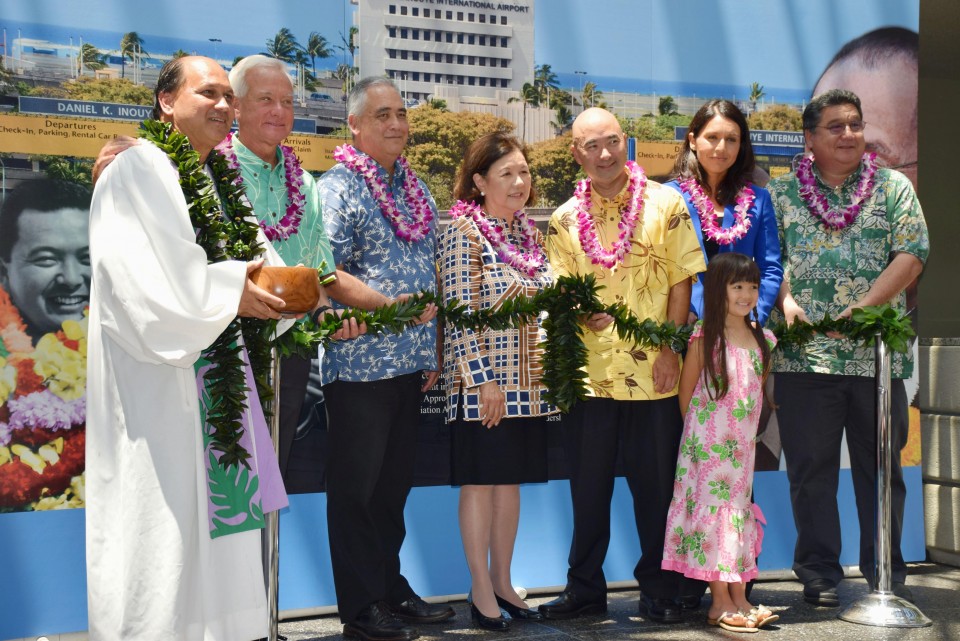 (Irene Hirano (4th from L), wife of Daniel K. Inouye, the late senator from Hawaii, takes part in a ceremony at the airport renamed after him on May 30, 2017, to commemorate the name change)

WASHINGTON - Irene Hirano, head of the U.S.-Japan Council and widow of the late U.S. Sen. Daniel Inouye, died Tuesday in Los Angeles following an extended illness, the council said Wednesday. She was 71.

Born in Los Angeles, she was also president and founding CEO of the Japanese American National Museum in the city, a position she took in 1999 and held for 20 years. The museum is dedicated to preserving the history and culture of Americans of Japanese ancestry.

"Irene's visionary leadership will be terribly missed, not only in the Asian Pacific Islander communities, but in American society as a whole," Norman Mineta, the museum board of trustees' chairman and former transportation secretary, said in a statement.

He called her a "caring, passionate person with unquestioned integrity."

As president of the council and museum, Hirano played an instrumental role in fostering people-to-people ties between the United States and Japan.

The council is a nonprofit group based in Washington that has organized exchange programs to strengthen U.S.-Japan relations since its inception in 2008.

In January, she informed the organization of her decision to retire, citing "some personal considerations."

In a separate statement, Phyllis Campbell, the council's board chair, praised Hirano as "a singular figure in U.S.-Japan relations, respected by leaders on both sides of the Pacific."

Her accomplishments included the launch of "Tomodachi Initiative," a public-private partnership backed by the U.S. and Japanese governments, to invest in the next generation of young Japanese and U.S. leaders. The program was created to also support Japan's recovery from the 2011 massive earthquake and tsunami disaster.

Her husband, a Japanese-American Democrat from Hawaii and World War II veteran, died in 2012 at the age of 88. He remains the second-longest-serving U.S. senator in history, having served for nearly 50 years.